Welcome back fam! Today we are here having amazing news for all the power book fans. The third season of the power book has been given a green light by the makers. And this season has gone through many changes.  The main lead of the show Courtney Kemp has left the show and she will be replaced by Brett Mahoney for the upcoming show.

The CEO and President of STARZ  Jeffrey Hirsch said that with such immense success and powerful impact of the show it is clear that fans are still hungry for more. He further shared that they are very much excited to announce the 3rd season for this star-studded series. The series will begin production at the earliest next year just one step ahead of the upcoming series of the fourth installment of Power Book IV.

He also said that the production is all set to be started in 2022. So we have gathered all the necessary information you need for the upcoming show. Keep on reading further to know everything about the release date, plot, cast, and trailer of the show.

This second season for the show is still airing directly on Starz, As of now the release date has not been announced by the makers for the upcoming season. But do not worry while you wait there is a brand new show awaiting for us from stars to be watched.  This new show Power Book IV is going to be released on 6th February and you just can’t get over it.  So do not and let what was your favorite part of the show.

This show is completely focused on Tariq St Patrick (played by Michael Rainey Jr),  who would be the son of Tasha Green-St Patrick and James ‘Ghost’ St Patrick, thus we are expecting him to be back for the upcoming season as well. Below mentioned is the list of all the members that must be present show:

Along with all these members, it is also in the news that Keesha Sharp is going to be a part of the third season in a big role for the show.  Sharp is most probably going to play the role of Professor Harper bonnet who would be the boho beauty and an intellectual. Once the production starts we can expect a lot more cast members for the upcoming show. 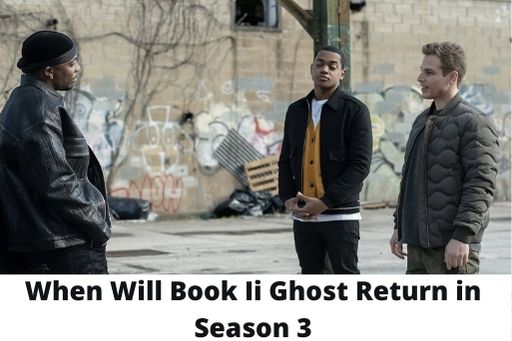 The show will be mostly focused around Tariq as he would be trying to live his normal life as a college student and also Juggle his work as a drug dealer. He has been working with the Tejada family. As we are still in the middle of the second season it is not yet sure what

is going to happen at the end of the show.

Things are already getting interesting in the second part of the ongoing season with Lorenzo Tejada (by Berto Colon) who is now out of the prison and living the life of a free man without any further tension.  On the other hand, Tariq is in jail right now and he insists that he had been framed for the murders.

We are expecting that the rest of the show is most likely to be around Tariq trying to prove his innocence and get out of jail for the murder of Danilo Ramirez and Jabari Reynolds.  And we have seen a lot of ongoing changes in the Tejada family after the return of Lorenzo from jail.

With Tariq and Monet not having a better relationship with one another, we are expecting to see a showdown between them.  Just as this second season started with the murder of the Tariq’s

Professor and we are expecting that this mystery will be solved in the third season itself.

The second season of Power Book: Ghost season 2 is available for all the viewers on Starz Play The 3rd season of the Power Book III: Raising Kanan has already premiered on STARZ in the US, and it is also available on Amazon Prime Video, for all UK viewers.

As of now, no trailer for the third season has been out yet.  But we will keep you updated once any update is shared with us. Till then Stay tuned with us for all such amazing updates about your favorite shows and favorite characters.