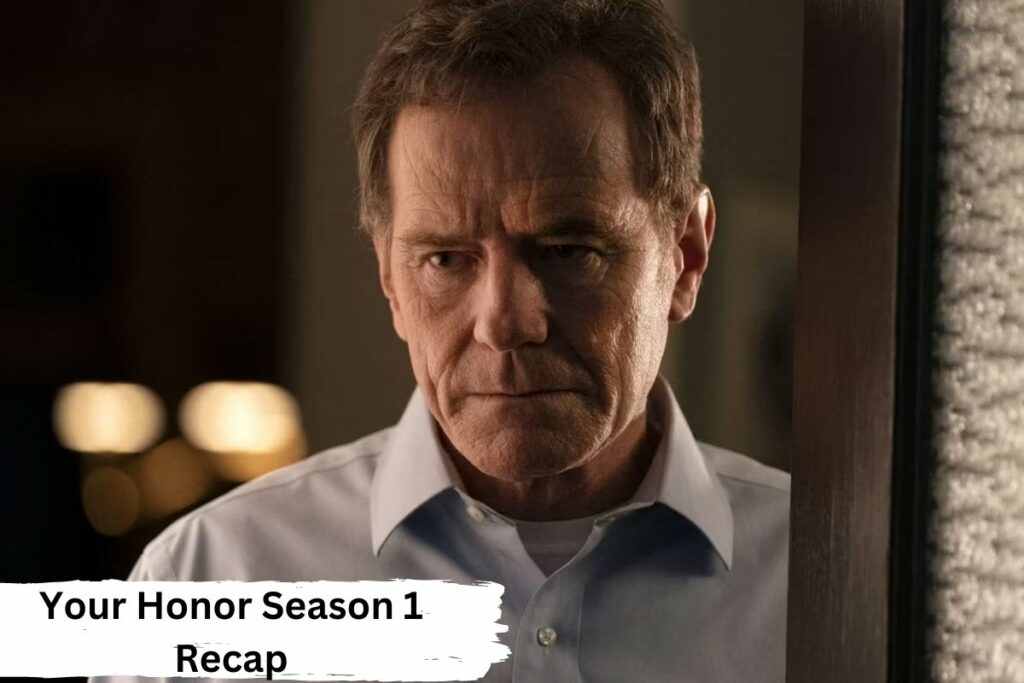 The show “Your Honor” on Showtime tells the story of Michael Desiato, a judge whose son, Adam, kills the son of a gangster by accident. This forces Michael to lie and cheat to cover up for Adam. In the first season, Michael tries very hard to hide the fact that his son did something bad, but when Adam dies, everything falls apart. In the second season, Michael has given up on life and is hopeless and helpless, but there are still a lot of things that need to be taken care of. At the end of the first episode, a couple of new characters join the fight. One of them could give Michael the push he needs to get rid of the New Orleans crime families for good. What does the ending mean? SPOILERS AHEAD!

Through a flashback, we learn what happened right after Adam died. Michael told Nancy Costello everything because he was so upset, but he goes to prison for a totally different reason. Here, he tried to starve himself to death, but prison officials don’t want him to die while they are in charge, so they feed him against his will. This is when Olivia Delmont, a federal lawyer, comes to talk to Michael. She gives him a good reason to change his mind when he shows no interest in helping her.

Going back to the murder, Eugene is horrified by what happened to Adam, so he runs away. Carlo and his men try to catch the boy, but he is able to escape. He is caught by Mo’s people, who hide him from the Baxters while the two groups try to make a peace deal. Mo doesn’t want Eugene’s actions to start a gang war or cause needless violence. But Gina and Carlo are planning something else. Fia tries to talk to Michael, but he doesn’t pay any attention to her. Instead, he does everything he can to do something that is more likely to kill him.

Your Honor Season 2 Episode 1 Ending: What Does Olivia Delmont Want From Michael?

When Michael’s son dies, all of the bad things he did are for nothing. Adam was Michael’s whole world, and now that Adam is dead, Michael has no reason to keep living. He says everything, hoping that if he tells on Jimmy Baxter, he will go to prison or, even better, die. But Olivia Delmont has a different plan for him. When she found out that he had helped the mob boss keep his son out of jail by working closely with him, she wanted to use him to end the Baxter family and their criminal empire for good.

Delmont tells Nancy Costello to keep the recording of Michael’s confession to herself when she wants to use it as evidence against Michael. She doesn’t mind sending Michael to prison, but that doesn’t mean they should waste all of his potential as a person who can help stop crime in the city. Michael is charged with a made-up crime, something like tax evasion, at her request, and his files are sealed so that no one can try to figure out their big lie.

At first, Delmont tries to talk to Michael in a normal way and ask him for help. But when she finds out that he is too sad to care about anything else, she comes up with a very good reason to bring him back to reality. It turns out that Michael also blamed his best friend Charlie Figaro, who is running for mayor in the next election, in his confession.

Charlie helped Michael get rid of the car that killed Jimmy Baxter’s son. Charlie didn’t know what the crime was, so he helped Michael get rid of the car. Michael wasn’t able to think about what he was saying after Adam died, or he would have left Charlie’s name out. Unfortunately, Delmont has a tape of him confessing, and she has threatened to use it against Charlie. If she does, he will not only lose the election, but also lose his job. Charlie could also be sent to prison. Michael decides to go along with Delmont’s plan and is let out of prison. He feels bad about putting his best friend in such a tough spot, especially since Charlie was always there for him.

Was Fia Pregnant? Did She Have Adam’s Child?

This episode shows Michael’s lack of motivation over and over again. Adam was Michael’s only family, and now that he is dead, Michael has nothing left to fight for. Even though he agreed to work for Delmont, he is only doing it because he wants to help his friend. Nothing else in his life is so important to him that he throws himself into a job the way he did when he had to save Adam. At the end of the episode, though, it seems like Michael might find his motivation soon.

Even though everything around them seemed to be falling apart, Fia Baxter and Adam Desiato met and fell in love in the previous season. Fia tried to get in touch with Michael after Adam died. She wrote him letters, but he never answered, and he also never read the letters. Because she is Jimmy’s daughter, he kept his distance from her. But because he doesn’t talk to her, he doesn’t find out that he has a grandson.

Adam was still alive when Fia got pregnant, as far as we know. She didn’t find out she was going to have a child until after he died. She decided to keep the baby, and since it was Michael’s only living blood relative, she felt obligated to include him in its life. Micahel doesn’t know about the baby yet, but he will find out about it eventually. This could give him the push he needs to get serious about stopping Jimmy Baxter and his criminal family. Michael wouldn’t want his only grandson to be raised by criminals and grow up to be a criminal.

In this article, we will discuss Your Honor Season 2 Episode 1 Ending. if you like to read this article then stay tuned with us and read our other article follow our site  newsconduct.com  for new updates.