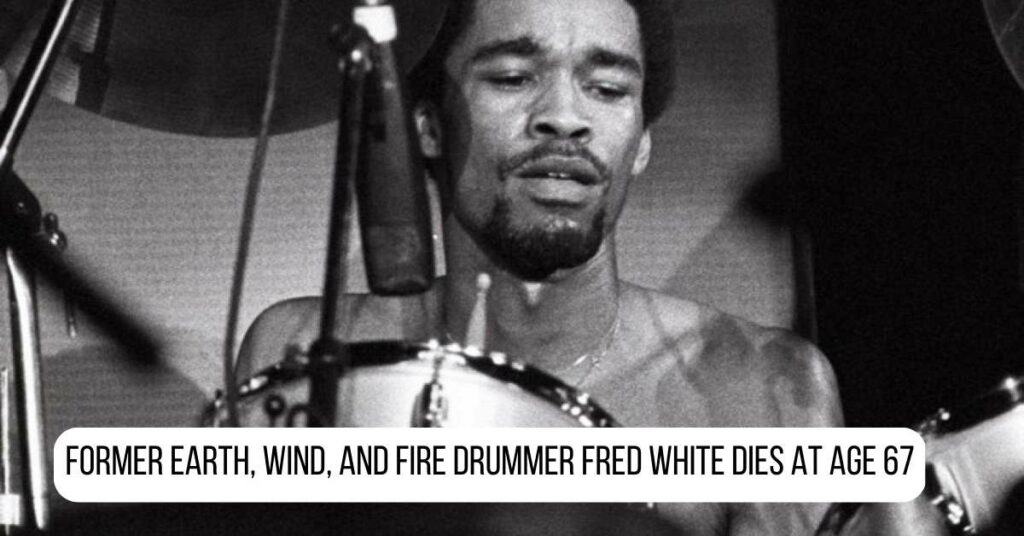 His brother verified on social media that former Earth, Wind & Fire drummer Fred White had passed away. Age-wise, he was 67.

Verdine White expressed the sorrow of her family over the passing of Frederick Eugene “Freddie” White by writing, “Our family is saddened tonight with the loss of an extraordinary and gifted family member, our beloved brother.” He’s up in heaven playing the drums with his brothers Maurice, Monte, and Ronald.

Before the band went on hiatus in 1984, Fred White was a member of Earth, Wind & Fire from 1971 until then. The band’s original bassist, Verdine White, referred to him as “a member of the EWF ORIGINAL 9.” The official cause of death was not immediately disclosed.

Drummer Fred White, who backed up his brothers Maurice and Verdine White in the Grammy-winning ensemble Earth, Wind & Fire, has died. He was 67. https://t.co/xphzZnGpmy

Pitchfork claims that before he reached 20, Fred White had already been on the road with Earth, Wind & Fire as a drummer. Maurice White, his sibling and fellow band founder, passed away in 2016 at 74. He was the band’s leader, primary songwriter, producer, and lead singer.

Along with the news of Fred White’s passing, the band posted footage of White doing a drum solo in Essen, Germany, during the band’s 1979 world tour, on its Instagram page. White can be seen on camera beaming and blowing kisses to the adoring crowd.

When things looked bleak, “we could always count on him to make an amusing situation,” Verdine White wrote. Rest in power, dear Freddie. You’ll always be in our hearts.