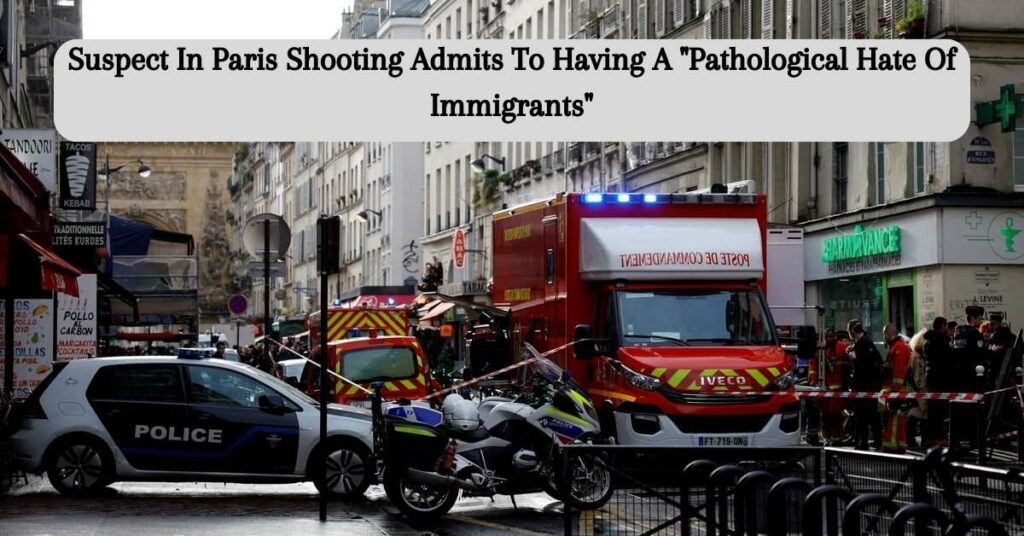 Paris: According to French sources cited by Al Jazeera on Sunday, the 69-year-old suspect in the tragic Paris shooting that left three people dead and three more injured at a cultural center in downtown Paris on Friday has acknowledged having “hate for foreigners that has become pathological.”

According to Al Jazeera, the suspect headed out on Friday morning with the intention of killing migrants or foreigners and then himself as retaliation for a crime that occurred at his home six years prior.

The suspect, a former train driver, was detained at the scene on Saturday and brought to a mental health hospital; his identity has not yet been made public.
Violence erupted between demonstrators and police in Paris on the second day after the fatal assault, according to The New York Post.

Police used tear gas to respond to the protesters’ throwing of objects at them and overturning of vehicles, some of which caught fire.

In Paris’ central square, where protests are typically conducted, hundreds of Kurdish protesters joined French officials, including the mayor of the 10th district, to pay tribute to the victims.

“We receive absolutely no protection. Six Kurdish activists have been murdered in broad daylight in the center of Paris during the past ten years, “The Kurdish Democratic Council in France’s spokesperson, Berivan Firat, told BFM TV during the protest, according to The New York Post.

The prosecutor claimed earlier on Saturday, the suspected shooter’s (69) detention was lifted for medical reasons, and he was brought to a police psychiatric hospital, according to France24.

According to the Paris prosecutor, the suspect’s health was not compatible with the measure of custody, according to the doctor who evaluated him today in the late afternoon.

President Emmanuel Macron claimed that the Kurdish minority in France had been the victim of a horrific attack. Interior Minister Gerald Darmanin contended that the alleged attacker apparently intended to attack outsiders.

The murders on Friday occurred just days before the anniversary of the January 2013 Paris shootings of three Kurdish women.