Alice in Borderland Season 2: When Did Season 2 Come Out? 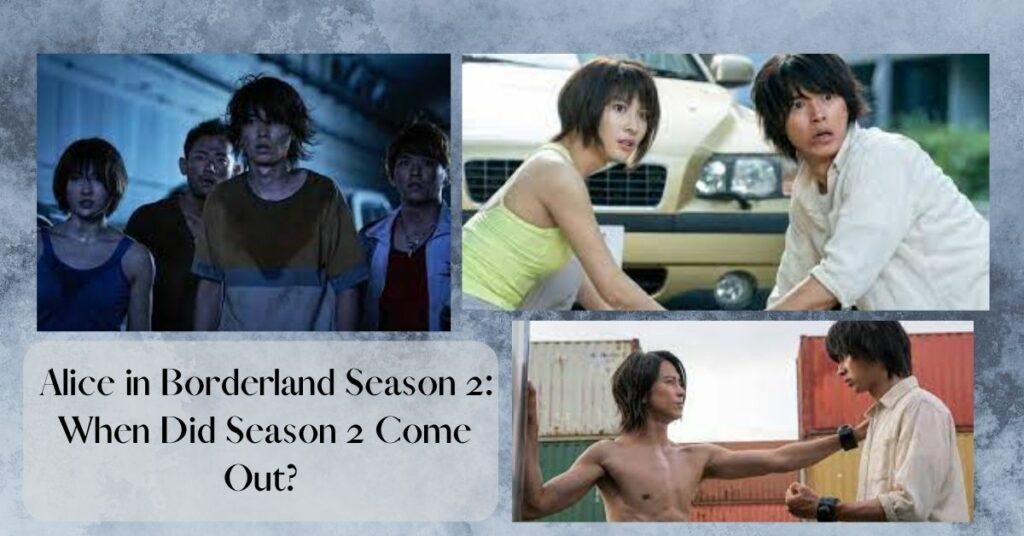 Finally, we’re getting close to the debut of Alice in Borderland. It’s been over two years since we saw Arisu (Kento Yamazaki) and his buddies enter a mysterious room with doors labeled “life” and “death.” If they made the wrong decision, a laser would kill them instantaneously.

If Arisu wants to make it through Alice in Borderland, she’ll have to play a lot of dangerous games like this one. The manga Alice in Borderland was turned into a Netflix original series starring Arisu, who finds himself in Tokyo where almost all of the people have vanished.

He doesn’t know what’s going on, but he needs to participate in these mysterious competitions to win “visas” that will save his life. When he runs into Usagi (Tao Tsuchiya), he quickly recruits her as his companion in trying to figure out what’s going on.

In case you missed it, on December 3 Netflix released the official trailer for Season 2 of Alice in Borderland. In the opening scene, Arisu and his companions are in what appears to be a gaming arena, and they’re about to battle a shirtless dude. “Just who are you?” Arisu inquires.

“Us? Because we were born and raised here, “Shirtless Dude chimes in with a response. What this signifies is a mystery, but judging by the new character stills Netflix released, this individual appears to play a significant role in Season 2 of Alice in Borderland.

The clip also hints at what could be brand-new games in the sequel. One scene involves the players holding on for dear life to ropes that are strung from the roof. In yet another scenario, characters fight by hurling neon balls across squeaky bridges.

Finally, the video features the creepily ominous Mira Kano (Riisa Naka) greeting viewers at the “final game venue.” Where will Arisu go, and what will he find there? A “mega teaser trailer” for Season 2 of Alice in Borderland was released by Netflix on Tudum 2022.

Beginning with “Dead or Alive,” the very first game Arisu and his pals ever played, the film then moves on to other scenes from Season 1. The screen cuts to a montage of the various individuals we met in the final act of Alice in Borderland 1.

In addition to teasing the conclusion, the super teaser trailer also asks the burning question on everyone’s mind: “If we clear all the games, can we return?” See the complete video down below.

And as we all knew going in, several of our favorite characters from the first season of Alice in Borderland won’t be back for the second. However, many of the series’ main characters, notably those we met in The Beach, will be returning for the second season.

Arisu is portrayed by Kento Yamazaki, and Usagi is portrayed by Tao Tsuchiya. Akaya Miyoshi returns as Ann, and Nijiro Murakami reprises his role as Chishiya. Niragi is played by Dori Sakurada, and Kuina is played once again by Aya Asahina. Cast members Sho Aoyagi (Aguni) and Riisa Naka (Mira) will return for Season 2. In March of 2022, Netflix released a video of the actors discussing the conclusion of filming for Alice in Borderland Season 2.

At Tudum, Netflix also confirmed the release date for the second season of Alice in Borderland: December 22, 2022. The seasons have been separated by more than two years now.