The streaming giant has announced the release date via one and a half minute teaser video. It depicted “All good things must come to an end.”

Developed by Tom Kapinos, Lucifer is a supernatural fantasy series of American origin. It follows the story of a titular character, Lucifer Morningstar.

He is a charming devil and kicked out of hell due to his rebellion. Unable to find, what to do next, he came to Loss to become the owner of a club, Lux. Meanwhile, he also became a consultant in the regional Police Department. The legendary character of Lucifer is a DC Comics character from the comic book series titled The Sandman.

The series debuted on Fox on January 25, 2016. Initially, the series reviewed mixed reviews, but the critics highly praised the performance of Ellis. Viewers loved the series as well. Resultantly, Fox renewed the series for season 2 and later for season 3.

However, even after three seasons, the ratings were relentlessly poor.

Consequently, Fox had to cancel the series after three seasons.

Netflix premiered the fourth season on May 8, 2019. And this time, it received an excellent rating and critical acclaim. Netflix renewed the series for the fifth installment that premiered in two parts. Initially, Netflix planned season 5 to be the last season of the show. However, due to the demands of the fans, the streamer renewed it for the sixth installment.

The sixth installment will be the last season of the show. It will premiere on  September 10, 2021, on Netflix.

Let us find out the revealed details of the upcoming seasons.

Netflix has officially announced on July 25, 2021, the release date of Lucifer Season 6. The upcoming season will premiere on Netflix on September 10, 2021. 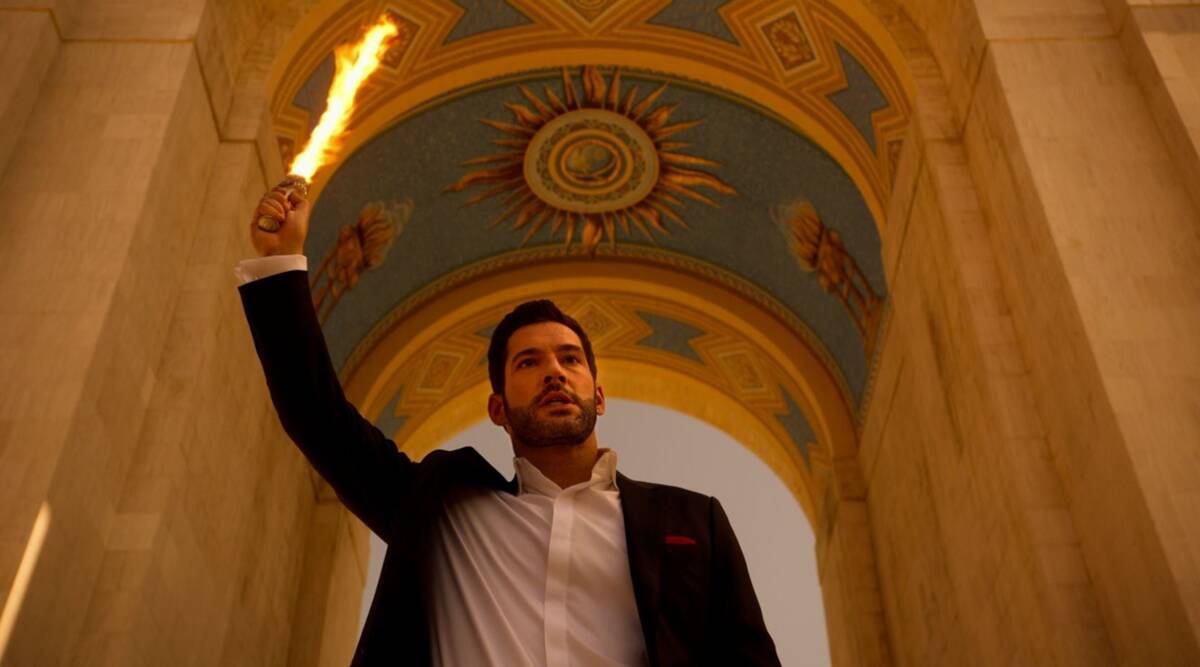 Well, Netflix has given sufficient time to viewers to binge all the earlier seasons to refresh their memory.

Most of the characters from the earlier season will return for the upcoming. The following will return to spell their charm-

We may see Charlie as well. There are rumors that he will likely play a key role in the upcoming season.

The showrunners have also confirmed two new entries. Merrin Dungey from Alias and Brianna Hildebrand from Deadpool will be present.

Merrin Dungey will play the role of a police officer named Sonya. Sonya will be seen as making a bond with Amenadiel. Brianna Hildebrand will play an angel named Rory.

Netflix has dropped the devilish trailer for the last and final season of Lucifer six on August 10, 2021.  You can watch the trailer of Lucifer Season 6 here.

The trailer unfolds numerous things about the upcoming season.

Following this, we see Amenadiel persuading Lucifer to take his Father’s throne. Meanwhile, Decker is making Lucifer understand that should not be much to take on God’s job.

Next, we see him sitting on the sofa in the office of Linda Martin, where he is telling her that the world has no God and he is perfect for the couch.

But Rory already claimed the throne, and he aims to destroy Lucifer.

Meantime, Ella Lopez realizes the laws of nature are slashing, and the apocalypse is near. To which Linda replies, how it’s going to end.

Well, certainly, it is going to end soon as the trailer ensures it by reflecting.

“All bad things must come to an end,”  boldly.

Last but not least, the relationship between Lucifer and Decker will turn upside down when they open the door to Lucifer’s throne. They both convert into cartoon characters.

But the most intriguing part arrives when Dreaker tells Lucifer that there is one more mystery to solve “the murder of Lucifer Morningstar.”  And after saying that tried to put the knife in his heart.

Well, the trailer left the fans at the edge of the chair. Fans have been just counting days to binge the upcoming season.

How many Episodes will be there in the 6th season?

There will total of 10 episodes in Lucifer season 6. Even Netflix has revealed the titles for each episode which are as follows-

Will Season 6 will be the last and final season of the show?

Netflix has officially confirmed that Lucifer season six will be the last and final installment in the series. However, anything could happen future.

Initially, Netflix announced season 5 to be last season. But, anyways renewed the series for the sixth one. So, we might get the seventh season as well. Let us hope for it. Fingers crossed!