The Starz series, created by Katori Hall, was one of the top-rated shows of 2020. P-Valley broke a lot of viewership records on the streaming platform with just a handful of episodes, so naturally, they didn’t delay the show’s renewal. The show got an exceptional response from the audience because of its unique storyline, which actually talked about the topics considered to be taboo in today’s world. So, now the question arises when will P-Valley Season 2 return to Starz? And will it be available on other streaming platforms?

P-Valley is set in the fictional Mississippi Delta, a small town of Chucalissa. And most of the scenes are set in the strip club, The Pynk! The first season revolved around Brandee Evans’s character, a dancer at the strip club, and her plans to open up her own dance club. The plot also included other staff members of The Pynk, who were equally as interesting as Brandee’s character.

However, the finale ended on a major cliffhanger; the club owner almost lost the club because of bankruptcy. And as the new owners came in, the employees had to suffer. So, this implies that the original cast is bound to come back, but there might be a few new additions in P-Valley Season 2 too! Who are they? You’ll read about them below!

Although the information is quite scattered about the sophomore reason, we did extensive research to gather everything in one place. And if you wish to be updated on the present status of P-Valley Season 2, then continue reading the article!

The eight-part series debuted in June of 2020, and it was renewed shortly after the show started receiving considerable clout. But sadly, we don’t have a release date for P-Valley Season 2 so far. “We know Katori has a lot of incredible stories to tell and a lot in store for these women in a second season,” said Christina Davis (the head of Starz). So, this statement means that they do have an outline of the sequel in their mind!

However, you can expect the second season to release in early or mid-2022. In June of 2021, the writer for the sequel reported, “You know, we gotta wait for things that are marinated and good. But you know, we’re in the process of finishing up the writing. As a matter of fact, today is our last day in the writing room. And so [we’re] finishing up the last scripts, and production is around the corner.” And as the filming for P-Valley has not begun yet, it seems like we’ll have to wait for a pretty long time! 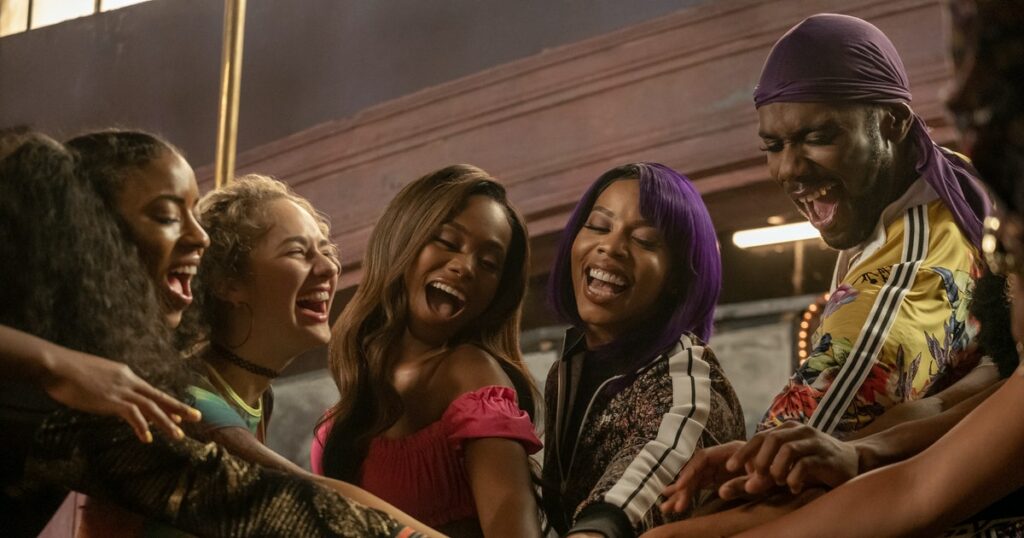 In March 2021, the showrunners announced the auditions for new dancers. This means that there will definitely be new cast members, but their names haven’t been disclosed yet. However, the confirmed lineup for the cast of P-Valley includes:

Hailee saved the club by stealing money from her boyfriend and using it to buy The Pynk. And as now she is a part-owner of the club, things might change around there. The finale of the eighth episode hinted at P-Valley Season 2, so we know for a fact that the story will be told in continuation.

There is no official trailer or plot synopsis for the upcoming season. We can’t say anything about the storyline. Because it is completely up to the writers how they want to proceed with the show. But the series won’t stray away from its main theme; to shed light on topics not normally talked about in our society.

“I think that it’s inevitable that we’ll expand our universe because I think the show is about how the strip club is a reflection of people who live in the intersection of race, class, and gender, and that’s just everywhere, but we’ll continue to dig our heels into exploring the American South.”

Brandee Evans is also quite excited for the sequel because her character’s life is about to get even more interesting. Until now, if the screenplay has been finalized, we expect the plot details to be disclosed by the end of 2021!

We don’t have a trailer for P-Valley so far. But the showrunners will be releasing one very soon! In the meantime, you can watch the hilarious BTS footage from the show. Plus, keep an eye out for more updates on P-Valley Season 2!