Prepare to take off as your flight attendant Kaley Cuoco is flying back to HBO Max with The Flight Attendant Season 2.

The Flight Attendant is an American comedy-drama series that follows the life of a reckless alcoholic flight attendant and the mysteries around the events of her life. The show is based on the novel of the same name by Chris Bohjalian. The debut season premiered on HBO max on November 26, 2020. A month later, it was renewed for season 2 to be premiered in Spring 2022.

Let us get into the details of The Flight Attendant Season 2.

The main cast of the show is as follows: 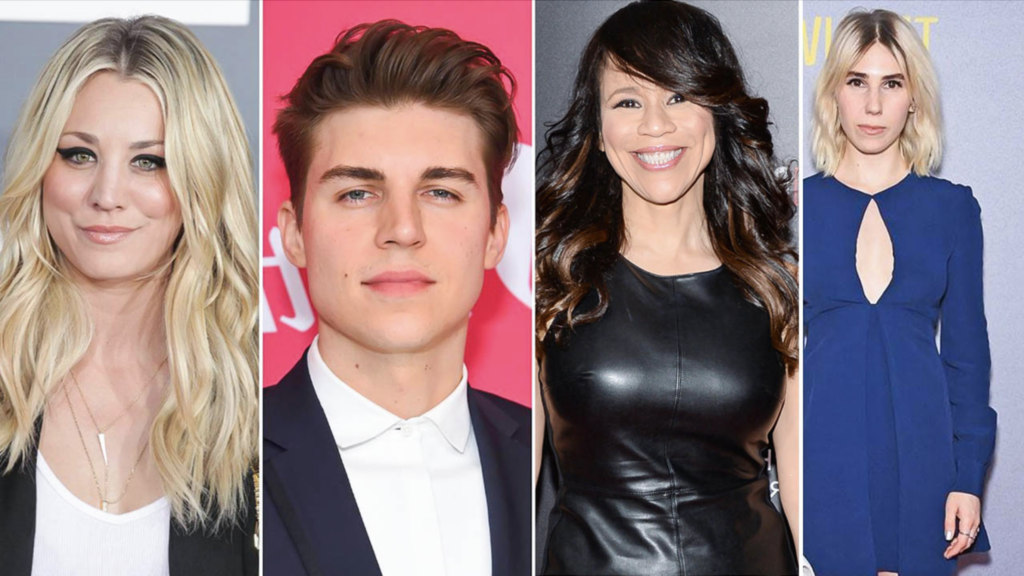 The whole cast of season 1 is returning for season 2 except Michiel Huisman and Colin Woodell, as their characters are dead. However, we cannot assume that dead characters are not returning as we saw Michiel Huisman’s character Alex dying in episode 1. Still, it was constantly on the show in Cassie’s mind as a vision ghost in flashbacks.

There might be some new additions to the cast depending on the plot and storyline of season 2.

The show stars The Big Bang Theory’s Kaley Cuoco as Cassandra Bowden, a.k.a Cassie Bowden. She is a reckless alcoholic who drinks during her flights and spends most of her time flirting with the passengers. The show’s story evolves into a crime mystery when Casey wakes up in an unknown hotel room in Bangkok with the dead body of Alex, a passenger of the last flight. Unable to proceed with what happened and with the previous night’s hangover, she cleaned up the crime scene and joined another airline crew at the airport. Running from the crime scene, Casey was investigated by FBI agents in New York City about her layover in Bangkok.

The eighth episode of season 1 followed Casey confronting her on past and alcoholism while trying to clear her name off the murder of Alex.

At the end of the 7th episode, Cassie realized that the killer is Buckley Ware, a man she was dating. It was also figured out that Buckley was a sociopath killer working for an organization in exchange for a million dollars. In the finale, Casey confronted Buckley, who was trying to kill himself inside a hotel room in Rome.

Cassey finally survived the conspiracy but realized that Miranda, who helped her throughout the case, had escaped with money Alex had taken.

How Many Episodes Will be?

The Flight Attendant season 1 contained eight episodes with a runtime of 48 minutes. As of now, no official update of episode count has been given by showrunner Steve Yockey. But we are expecting that season 2 will follow the same pattern as season 1.

Where Can We Stream The Flight Attendant?

The US audience can watch it on the cable TV network of HBO Max or the digital platform of HBO Max with the subscription. Unfortunately, the show is not yet on any International streaming site like Netflix for the international audience. So, we guess they have to download the show from pirated websites. If the show ever arrives on Netflix, we will update you.

We will update this article as soon as any update is announced.