During A Rod Wave Concert At The Westgate Entertainment District, A Fight Breaks Out And Shots Are Fired 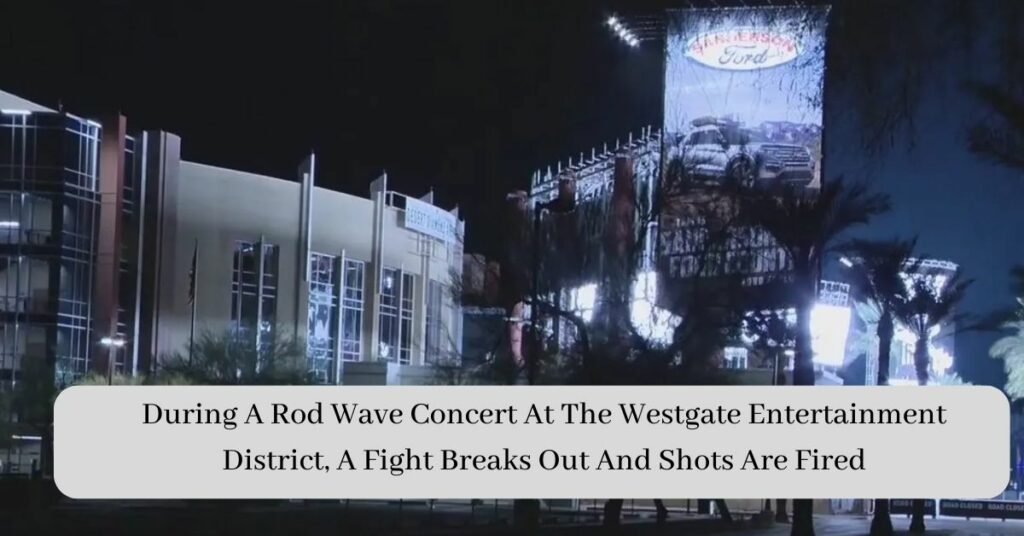 Arizona’s Glendale Following reports of a shooting in the Westgate Entertainment District late on Tuesday night, a large number of concertgoers at Desert Diamond Arena left the area.

According to Glendale police, there were many people who left the venue during rapper Rod Wave’s performance because it was thought that bullets had been fired just before midnight.

The event’s police personnel confirmed that no shots were fired. But soon after, according to the police, there were rumors of a brawl outside the arena. Videos taken at the scene show a physical altercation between a few individuals and a big throng fleeing the entertainment facility.

During the altercation, a 33-year-old male reportedly sustained a non-life-threatening gunshot wound and was rushed to a hospital for treatment. When the victim left the performance, she ran into someone else, which started the altercation, the police discovered.

According to reports, one of the arguments fled the area, returned, and shot the victim. Isabel Lopez, who frequently visits the region with her daughter, exclaimed, “I’m so terrified to be out here right now. People only need to exercise caution and pay attention to their surroundings.

Lopez said that she is uncomfortable because the suspect is still evading capture. In light of major events like the Super Bowl coming to the neighborhood, ABC15 inquired with the Westgate Entertainment District about the possibility of increased protection. District officials have not reacted.

There were no other reported injuries during the incident. Glendale Police Department is asking anyone with knowledge to get in touch.