Alchemy Of Souls Season 2: How Many Episodes In Season 2? 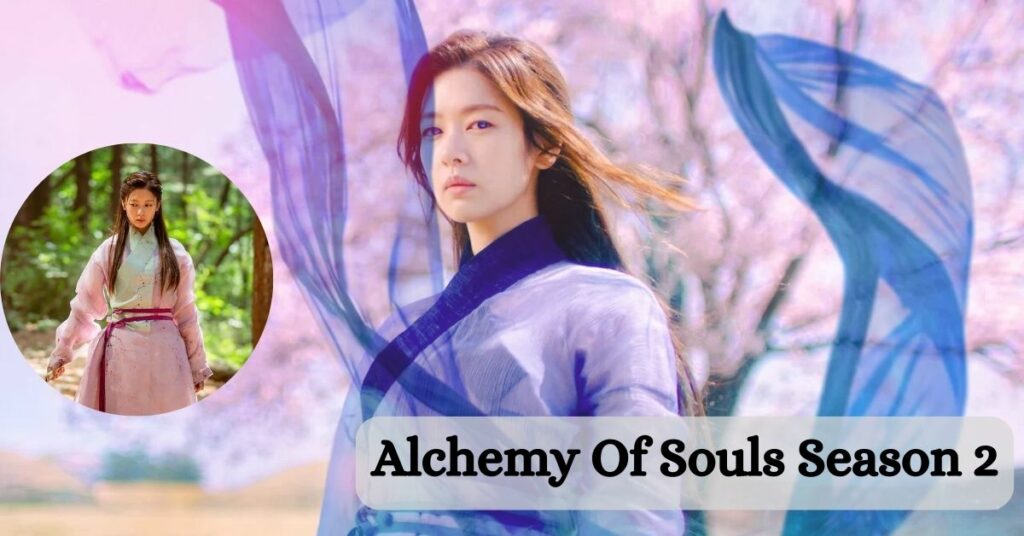 The first season of the Korean drama Alchemy of Souls, which featured stunning visuals and an all-star cast, has come to a disappointing close after 20 episodes of high-octane, otherworldly mysteries that have only scraped the surface of the show’s expansive backstory.

Alchemy of Souls is a South Korean fantasy film written by the Hong Sisters (Hong Jung-eun and Mi-ran), and it is set in the mythical kingdom of Daeho, which looks to be inspired by the Joseon dynasty. The first season focused on Jang Wook’s (Lee Jae-wook) ascent to prominence as Daeho’s most potent sorcerer, despite the fact that he has a terrible secret involving the unjustified use of soul-shifting.

The season finale’s shocking cliffhanger left us reeling, but thankfully, a new season of the K-drama is on the way. The second season of Alchemy of Souls, whose title has been confirmed to be Alchemy of Souls: Light and Shadow and whose premiere date is set for December 10, is ready to begin airing, and here is everything we know about it so (with a Netflix release). The following contains spoilers. alchemy of souls season 2.

Alchemy Of Souls Season 2 Has Been Confirmed?

Director Park Joon-hwa revealed at a press conference for the program before its June launch that the second season of Alchemy of Souls was always planned. There were “so many adjustments and alterations in our tale,” he told the press at the time, as reported by Sports Chosun.

“I thought I wanted to put a human story in it,” he added. Part two of the script is in the works, though. A self-contained narrative. It was harder than I anticipated to condense the story’s narrative and relationship arc into 20 episodes, so I decided early on to make a second season. According to the South China Morning Post, Season 2 of Alchemy of Souls was officially announced in July.

The official trailer for the upcoming second season of Alchemy of Souls was released by Netflix yesterday (December 6), just days before the series’ December 10 premiere. This most recent clip emphasizes the gravity of the situation, as Jang Wook must learn to control the ice stone’s power or perish if he ever removes it.

The trailer also features Nak-su and Seo Yul, whose paths cross with Jang Wook’s throughout the film. In the new image, he says, “I should have died back then,” before a montage of action scenes from the upcoming season begins. No one will get out of here alive if my authority can be used as an excuse.

How Can I Watch Alchemy Of Souls Season 2

On November 24, Netflix Korea announced that, like the first season of the show, the second season of Alchemy of Souls would be available for simultaneous viewing on the service in territories outside of South Korea. Whether or not it will be available everywhere remains to be seen.

A tvN Facebook post from the 9th of November states that three years have passed after the events of the first season of the new series Alchemy of Souls: Light and Shadow. Lee Jae-wook (Jang Wook) talked to 1st Look about the challenges he experienced when returning to the role for season two. This was due to the large time gap between the first and second seasons.

I had exactly one week to rearrange things after Alchemy of Souls Season 1 concluded. Once I caught up on everything I’d neglected, the week flew past. After that, I didn’t have the energy to come back as Jang-wook three years later [in the show’s timeline], Lee remarked, as translated in an article published in the Soompi on November 22. Production slowed down initially because of that.

It took some work to get a handle on my personality and portray it authentically. As a plus, the Hong Sisters’ future plans for Season 2 were heavily foreshadowed in the season one finale. Nak-us (using Mu-corpse deok’s as a vessel) kills Jang Wook, but the King’s Star causes him to rise from the dead and emerge from the courtyard pyre as it bursts into blue flames. alchemy of souls season 2.

At the conclusion of the series’ final episode, viewers are also treated to a tantalizing preview of what lies in store for them in the next second season. The brief footage shows Jang Wook going on a killing rampage with Nak-sword, su’s apparently some time after the events of season one. The mystery surrounding Mu-future deok’s is only deepened by the hint at Nak-(Go su’s Yoon-Jung) possible reappearance.

According to the sneak above peek at season 2, it appears like the entirety of Alchemy of Souls’ original cast, including Go Yoon-jung in his original role as Nak-su, will be returning for the new installment. The South China Morning Post reports that in season two of Go, Nak-su will play a pivotal role. Lee Jae-wook, Minhyun, Arin from OH MY GIRL, Shin Seung-ho, Oh Na-ra, and others were all said to be reprising their roles and were later sighted in the preview.

According to earlier rumors, Jung So-(the min’s actress who played Mu-deok) agents could not confirm her participation in the second season. “There are still two episodes remaining, so it’s difficult to say because it will be a spoiler,” the production team informed Soompi before the season finale. There is a possibility that Jung will not appear in the sequel, given the ambiguity surrounding Mu-fate deok’s at the end of the first season of Alchemy of Soul and Go’s return as Nak-su.