She then talked about how she thinks President Joe Biden’s economic plan will help lower the cost of vehicles by funding the onshoring of semiconductor chips needed in many devices, including electric cars that are part of the effort to fight climate change. 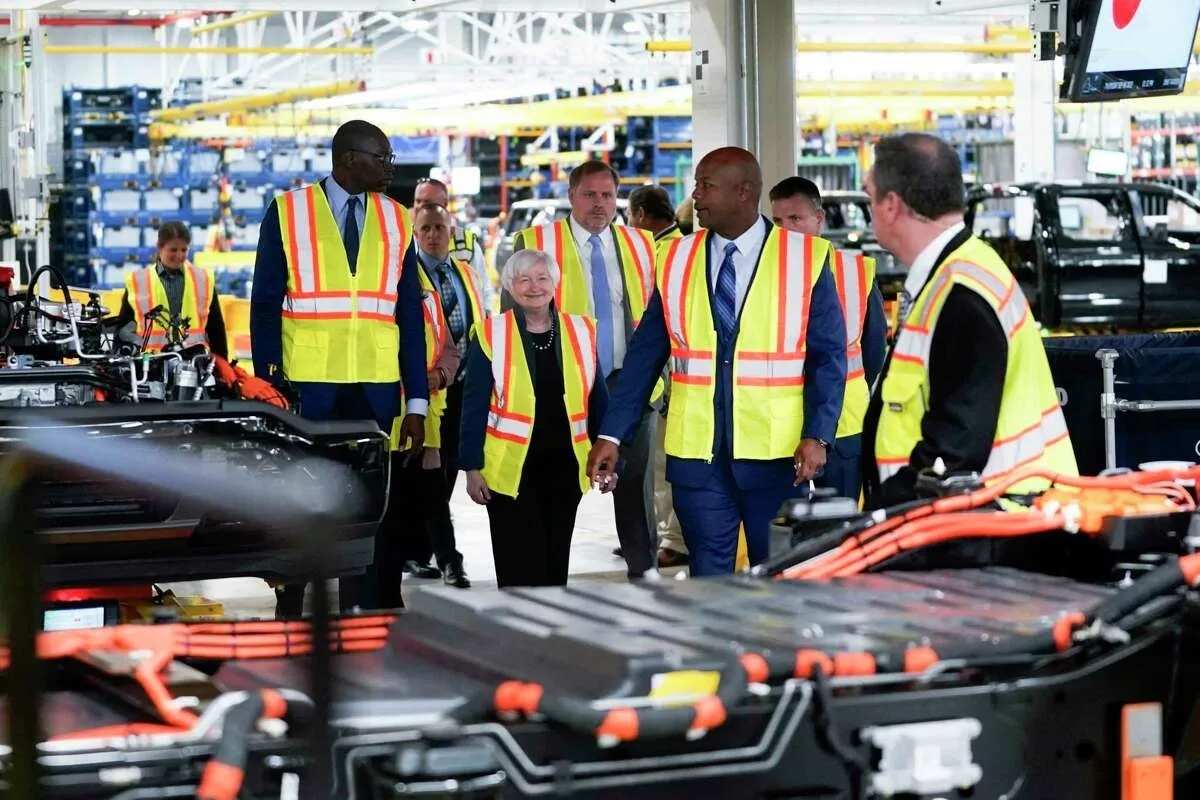 The U.S. Secretary of the Treasury, Janet Yellen, said that climate change is an existential threat that must be dealt with. She took on the fossil fuel industry and promised to make the U.S. less dependent on oil. She also pushed President Biden’s economic plan, which she says includes investing in programs that have helped businesses open right here in Metro-Detroit in the past. The government is putting more money into programs like Motor City Match.

She called it a commitment to “Modern Supply Side Economics,” which is the practice of funding innovation by individuals to help them overcome the problems of inequality. “This approach is based on the idea that some of the best ways to grow are to invest in people and places that have been ignored,” said Yellen.

The Biden Administration understands the urgency of investing in and expanding America’s most valuable economic asset: our workforce.

Projects like those I’ve seen today at @Ford’s Detroit EV facility are evidence of the innovation that comes from investing in America’s workers. pic.twitter.com/WQs11WHCHk

The owner of Good Cookies, Jeffrey Gisstennar, said, “It’s so important to have a program like that because money is tight in Detroit.” Gisstennar started the business in his house. Motor City Match grants helped him build his business and gave him money to open a store on McNichols in the North Rosa Park Area in 2020, which will create jobs and growth. He says that new money from the government will help other people do the same.

His clients can taste the difference. “We give you a cookie, you bite into it, and then you. “Say ahh! I remember this from when I was a kid,” Gisstennar said.

Previous articleTrump-Connected SPAC Doesn’t Have Enough Votes To Stop A Merger, So The Shareholders’ Meeting Is Put Off Until October
Next articleDWTS Season 31 Cast: Dancing Partners Revealed