The Silent Sea is making a lot of noise among the audience. The most interesting part of the series is that it is based on the futuristic world. It is inspired by The Sea of tranquility which is a short movie. The movie got a lot of appraisal from the audience.

Here we have provided some information related to the upcoming project of Netflix.

Choi Hang-Yong is the director of the sci-fi mystery thriller TV series.

Park Eun-Kyo is the writer, and Jung Woo-Sung is the executive producer of the upcoming South Korean series.

Netflix has revealed that the release date is 24th December 2021. The Silent Sea will stream on Netflix every Friday and will run globally. The filming of the series began in August 2020.

According to the makers and production team, The Silent Sea will consist of a total number of eight episodes. The run time of the series has not been confirmed yet but is expected to be of 45 minutes.

The plot of the show is going to be as interesting and charming as the cast of the series. It is set in the futuristic world, where Earth is no longer the live planet. The Earth has become inhabitable for living organisms.

After desertification, the people are experiencing a scarcity of food and water for consumption. The only option left for survival is collecting a mysterious sample from the Balhae base, which is an abandoned research station.

The twist is that the base is hidden somewhere on the moon. The chances of their survival over the moon are fifty-fifty. The space agency nominates a team for completing this mission, where Gong Yoo is also a soldier. The other members of the team are also scientists and soldiers accompanying him on the mission.

Many questions need to be answered. All of them will be cleared after the release of the series.

Han Yoon-Jae, played by Gong Yoo, is an exploration team leader. He has to carry out an important mission but with a limited supply of information. The safety of his team members is more important than anything else and can put him in danger for their safety.

Dr. Song Ji-an, played by Bae Doona, is an astrobiologist. He becomes part of the team to uncover the truth behind the accident that took place at Balhae Base research station situated on the moon.

Captain Ryoo Tae-Seok played by Lee Joon, is the head engineer. He is an elite member of the Ministry of National Defense. However, he joins the team willingly to escape the stifling environment at the Ministry.

Kim Jae-sun played by Heo Sung-Tae, is the Chief of Resource Group of Aviation Administration.

Gong Soo-hyuk played by Lee Moo-Saeng, is the head of the security team.

The second trailer was named the Official Trailer, was released on the main youtube channel on Netflix. It has a duration of two minutes and 30 seconds and got released on 10th December 2021.

Reprisal Season 2: To Be Renewed or Canceled? 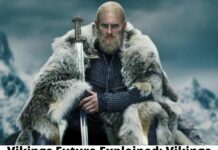 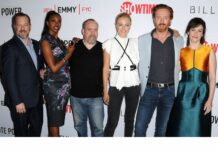 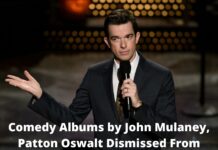