Reviving any show is tough because the creators have to meet the expectations of the original fans. Yashahime: Princess Half-Demon luckily managed to do so. After a controversial season 1, the creators decided to renew the show for another season. As soon as season 1 of the show concluded, the creators announced the renewal of season 2 on Twitter, saying, “The Second Act is Confirmed!”.

The official premiere date for Yashahime season 2 is decided as October 2, 2021. After that, it will be available on Crunchyroll, Funimation, and Hulu.

The Cast of the show is as follows: 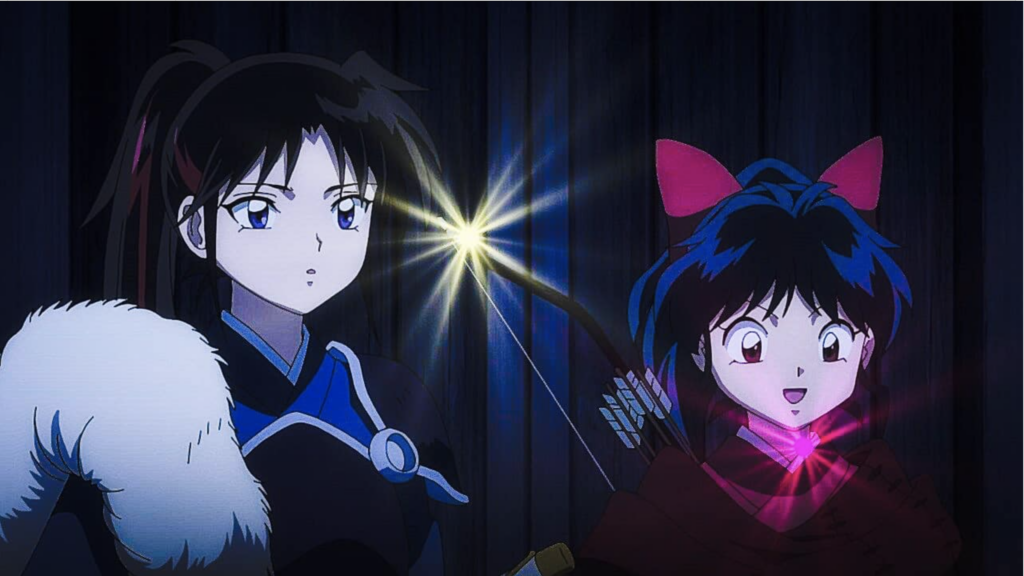 Apart from these characters, there are multiple other characters. In addition, the Second Act might have some new faces as per the storyline.

The crew of the show is as follows:

What is the plot of Yashahime: Princess Half-Demon?

Yashahime is a sequel to the Inuyasha anime series. Thus, the storyline follows six months after the events of Inuyasha: The Final Act. The show starts with Towa and Setsuna (Sesshōmaru and Rin’s four-year-old twin half-demon daughters) getting separated due to a forest fire. Towa gets transported to modern-day Japan through a portal where she was adopted and raised by Sota. A decade later, both get reunited.

However, Setsuna remained with no memories of her sister at all. So, Moroha comes as a Guardian Angel to join the two and embark on an epic adventure to figure out the twins’ past.

The end of season 1 was brutal, where Towa lost her sister in a battle with Kirinmaru. The battle ends with Setsuna getting killed and Towa having to lose her sister again. The second act is expected to follow Towa’s revenge from Kirinmaru as she is United with Moroha.

The creators have announced the release date for season 2. However, there is no official trailer for the show yet. Even we are awaiting the trailer as much as you guys are. We will update everything when the trailer is available.

A show that had already been loved by viewers so much that it is difficult to impress the fans when it has a sequel. We already know that the sequel show is not following the original Manga series. That is why gaining a fan base of that level is not an easy task for the creators.

Yashahime had received a mixed response ever since its first season was released. It was listed as one of the Worst Anime Of Winter 2021 by Anime News Network. In contrast, it ranked 9th on Animage’s 43rd Anime Grand Prix in 2021.

Those who have grown up watching ‘Inuyasha’ are happy to see a sequel. However, some others think that it is a disaster.

Talking about anime awards, Rumiko Takahashi and Yoshihito Hishinuma were nominated for the best character design in Crunchyroll 2021 Anime Awards.

Where can we stream Yashahime: Princess Half-Demon?

Yashahime is available on Crunchyroll, Funimation, and Hulu.

Is the show available in English?

Yes, it is available in English.

Do we have to watch Inuyasha before watching Yashahime?

Yes, because Yashahime is in continuation with Inuyasha.