If you want to travel 400 years ahead, watch The Orville.

The Orville is an American science fiction comedy-drama series created by Seth McFarlane. It made a debut on the screens in 2017; the sequel came in 2018, and in August 2019, announced that the show was renewed for a season 3.

So contrary to the rumors that the show has ended, The Orville is coming back with its season 3 with Hulu as its official streaming partner.

The current two seasons premiere on Hulu (US), Fox (UK), and Disney+ Hotstar (India). This article contains all the news about the Orville season 3, including its release date, plot, cast, trailer, and much more.

Two years back, the show creators announced the renewal of season 3 with no other updates. Then, by the tweet made by the official Twitter handle of The Orville, we got the news that we started filming season 3.

But there is no official premiere date for season 3.

Anticipating from what has been the current status of the show, we would get a late 2021 release of The Orville.

Who is in the Cast?

The cast of the Orville is as follows: 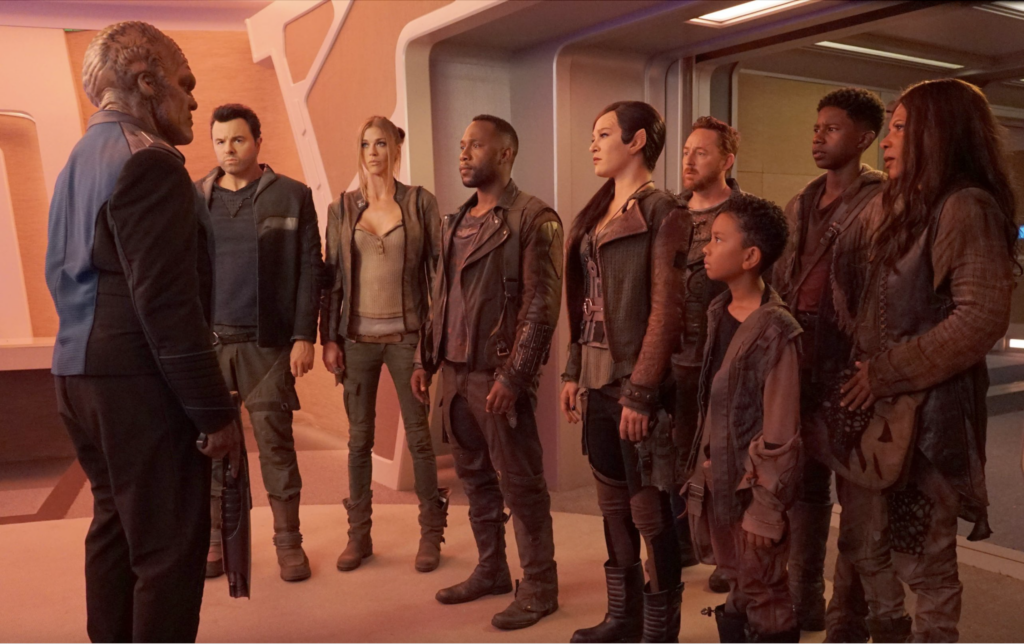 What will be the Plot of The Orville Season 3?

The Orville is set on the titular spaceship, USS Orville (ECV- 197). This mid-level exploratory space vessel lies in the planetary Union. Planetary Union is the alliance of earth and many other planets in the 25th century.

The show’s plot is set 400 years in the future and follows the crew of the USS ORVILLE (the spaceship), who faces the dangers and wonders of outer space. In addition, the crew deals with familiar problems of day-to-day life and other cosmic challenges from without and within.

From what we are guessing, season 3 will delve into the fallout from Isaac’s decision in the last two episodes of Season 2. With the increasing plot twists and thrills, we are also getting that season 3 will have more episodes focusing on world-building and personality episodes, and humorous ones.

What are the latest updates on the production of the show?

Seth McFarlane will continue as the showrunner, and Jon Cassar will be the director of the show. David Goodman, Jason Clarke, Brannon Braga, Jon Favreau will be working as the executive producers, and the show is finally moving from Fox to Hulu.

As the show was renewed in August 2019, its shooting began in October 2019. Updates told us that the half production was complete by March 2020, which put on hold due to the coronavirus pandemic. The production resumed in December 2020 and was again halted for a week in January 2021. Now we’re assuming that filming will resume in a few months, which will conclude the show.

How many episodes will there be in the Orville season 3?

Where can we stream The Orville?

There is no trailer for the Orville season 3 yet. However, we will update this article as soon as we get any information from the production side.