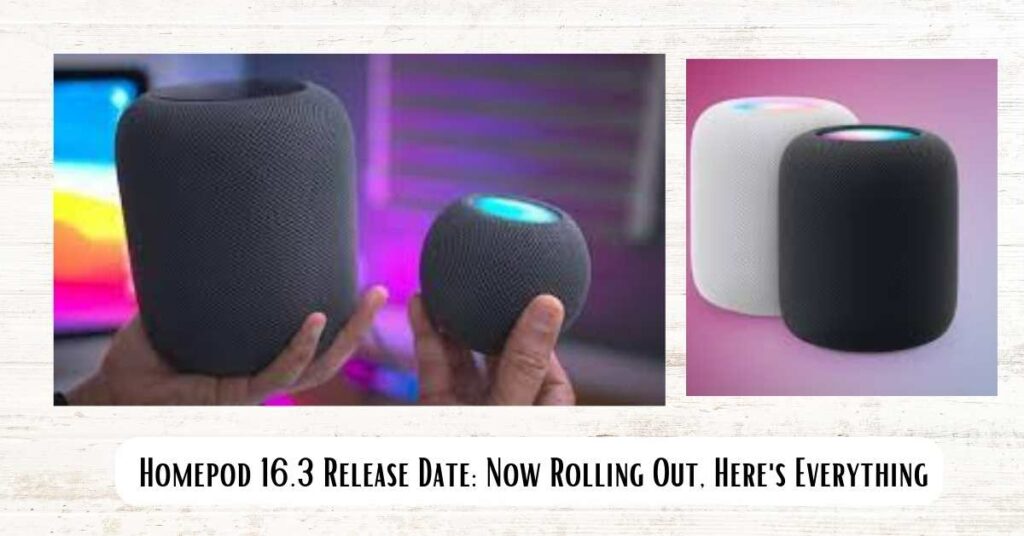 Share
Facebook Twitter LinkedIn Pinterest Email
Users of the HomePod and HomePod mini are currently receiving a variety of additional capabilities. The HomePod mini’s temperature and humidity sensor are turned on with iOS 16.3 of the HomePod software, which also brings new Siri functions. For the complete release notes, scroll down.

HomePod software version 16.3 with build number 2A1467 is currently going out. Apple saved the HomePod software 16.3 updates for today even though it released iOS 16.3, macOS 13.2, and watchOS 9.3 yesterday.

Additionally, Apple is now releasing tvOS 16.3 for the Apple TV. Nearly two years ago, Bloomberg revealed that the HomePod mini had a temperature and humidity sensor that wasn’t being used.

Here Are some more articles and news related to Apple:

According to the source, the sensor may be turned on by a software update, and Apple is now doing that. According to today’s update, users of the HomePod Mini may now access temperature and humidity information in the iPhone’s Home app.

Here Are some more articles and news related to Apple:

Additionally, Apple claims that Sound Recognition, a function previously praised by Apple for the new full-size HomePod, will soon be supported by the HomePod small. However, because this feature isn’t anticipated to go live until later this spring, it’s unlikely to be a part of today’s software updates.

By opening the Home app on your iPhone, selecting your HomePod from the list of available devices, and checking for the software update download, you may update your first-generation HomePod or your HomePod mini to software version 16.3.

For more Tech news and Articles, visit News Conduct.com. You can also check our social media pages on Facebook and Twitter for the latest information.