One SFA Student Dies In A Crash North Of Corrigan, And Another Is In Very Bad Shape 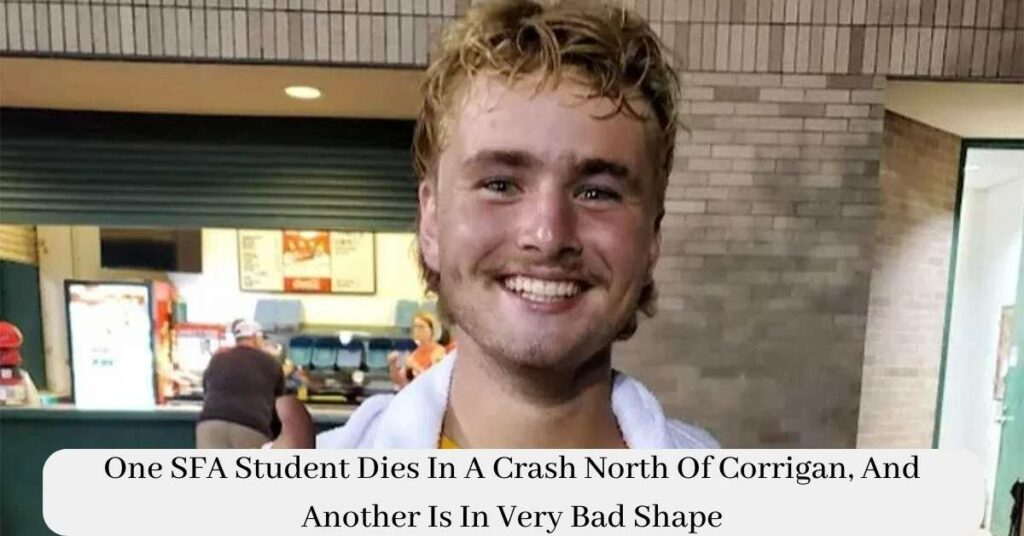 A car collision just north of Corrigan on Friday afternoon resulted in the death of one student from Stephen F. Austin State University and the critical condition of another, according to a statement from SFA.

According to the college, Micah Alan McAfoose, 18, of Cypress, was a former baseball player for SFA who passed away due to injuries sustained in the collision. Graylan Paul Spring, a 19-year-old Austin resident who plays football for SFA, is in critical condition at Conroe Regional Medical Center.

If you want to check morenews, then you can check the links given below:

The institution said, “Our entire community is deeply saddened by Micah’s loss and Graylan’s injury.” According to a news release from the Corrigan Police Department, McAfoose was driving a 2007 Nissan Versa southbound on U.S. Highway 59 in Corrigan with Spring as his passenger when an 18-wheeler made a left turn heading northbound from Plant Road.

The 18-wheeler’s trailer was damaged when the Nissan hit it, trapping the vehicle below. According to the press release, McAfoose “succumbed to his injuries on contact.” Spring was flown by chopper to HCA Houston Healthcare Conroe, where his condition was reported as critical.

Even though Antonio Sandoval Jr., 68, of Diboll, was mentioned as the driver in a Polk County Today report that claimed he allegedly failed to yield to the incoming car, Corrigan police were unable to identify the identity of the 18-wheeler’s driver on Saturday night.

A statement on a GoFundMe account to assist McAfoose’s family reads, “Micah went away (Friday) in an automobile accident with an 18-wheeler while coming home from SFA to come home for the weekend.”

If you want to check morenews, then you can check the links given below:

In the seven hours since its launch on Saturday, the campaign had raised more than $18,000 of its $20,000 target thanks to 224 donations. Knowing Micah meant you loved Micah. With his contagious smile, brilliant blue eyes, and wicked sense of humour, he was such a bright light to everyone who knew him.

The message reads. “I cannot adequately articulate the grief that we all feel over his premature passing. He was a wonderful person, friend, teammate, student, brother, cousin, and son. He was also an outstanding soul. All those who knew him found solace in him.

He forged a unique connection with everyone, and his death left a gaping hole in the hearts of everyone who knew him. He was truly exceptional.