After C.J. Harris Died Suddenly, The Reason For His Death Was Found 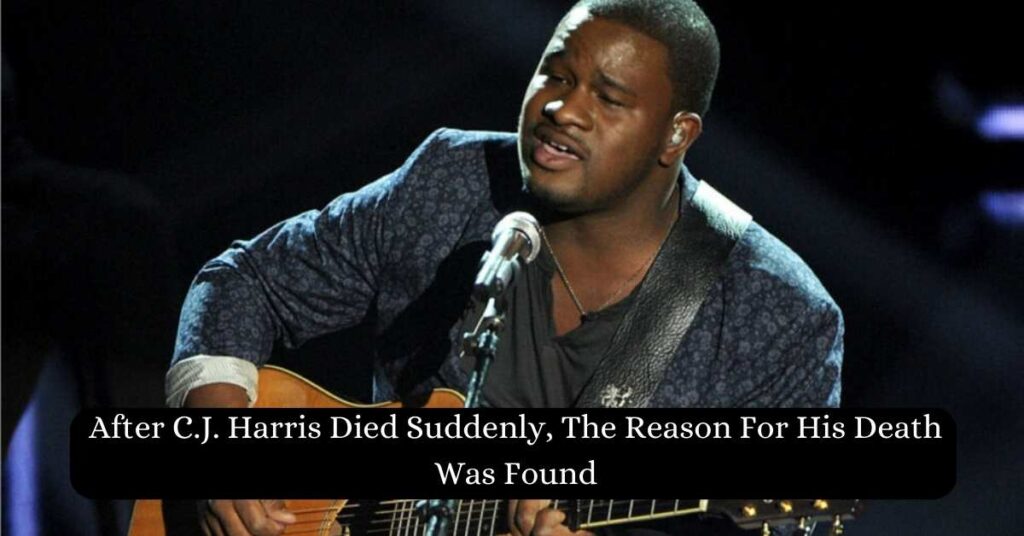 According to People’s reporting, the singer passed away on Sunday (Jan. 15) at the age of just 31 after having a heart attack. (Billboard has gotten confirmation from the Walker County Coroner’s Office in Harris’ home state of Alabama.)

Harris initially gained national attention after auditioning for judges Jennifer Lopez, Keith Urban, and newcomer Harry Connick Jr. on Season 13 of American Idol in 2014. He sang a cover of The Allman Brothers Band’s “Soulshine” for the judges.

If you want to check more Celebrity news, then you can check the links given below:

He advanced from Hollywood week to the semifinals after receiving his golden ticket to become one of the three Wild Card candidates who would join the season’s 13 finalists. Harris frequently played his trusty guitar during the live performances.

CJ Harris, the former “American Idol” contestant who made it to the top 6 in 2014, has died. https://t.co/uEi3emymbT

Belting out country-soul renditions of songs like “Radio” by Darius Rucker, “Can’t You See” by Toy Caldwell of The Marshall Tucker Band, “Invisible” by Hunter Hayes, “If It Hadn’t Been For Love” by The SteelDrivers, and others.

He eventually finished sixth, behind eventual champion Caleb Johnson, runner-up Jena Irene, and other finalists Sam Woolf, Alex Preston, and Jessica Meuse. Following his time on Idol, Harris joined the other top 10 contestants on the post-season American Idols LIVE! Tour 2014, and even duetted with Rucker—one of his main influences—at the Grand Ole Opry.

If you want to check more Celebrity news, then you can check the links given below:

Following his arrest in a Walker, Alabama, narcotics sweep in 2016. The musician encountered legal issues. He was accused of three counts of illegal distribution of a controlled substance, including oxycodone and marijuana. Just a few weeks before he passed away, he hinted about new songs he planned to release later this year. His debut single, “In Love,” was released in 2019.