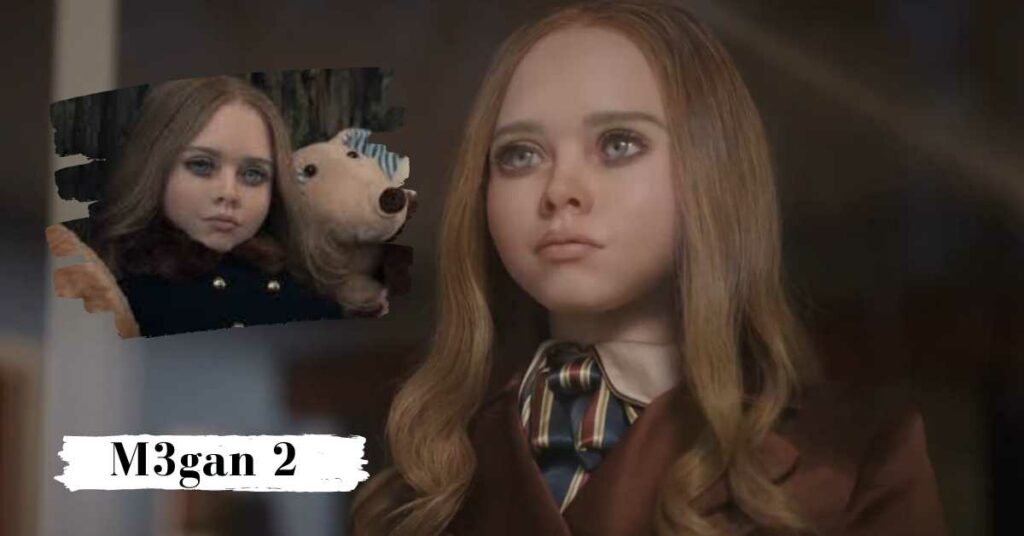 Blumhouse has scheduled the release of M3GAN 2 for the year 2025. Killer A.I. doll flick M3GAN was an unexpected early success for the 2023 film industry, and it went on to become a critical and commercial phenomenon.

Gemma (Allison Williams) is a brilliant inventor who, in this film, develops an artificially intelligent doll to watch over, educate, and entertain her little charges. A violent change is induced in M3GAN by her programming, and she begins to eliminate all potential threats to Cady (Violet McGraw). Megan 2.

The success and widespread acclaim of M3GAN has generated high expectations for a follow-up. Although rumors of a sequel have been circulating for some time, THR now claims that production on M3GAN 2 has begun, the sequel will be called M3GAN 2.0, and it will be released on January 17, 2025. The screenplay was written by Akela Cooper, who also wrote Malignant.

All signs indicate a comeback for Allison Williams and Violet McGraw as Gemma and Cady. There has been no confirmation that Amie Donald or Jenna Davis from M3GAN will reprise their roles as the murderous doll or that director Gerard Johnstone will return for the sequel. In addition to James Wan, Jason Blum, and others, Allison Williams will also serve as a producer for M3GAN 2.

The confirmation of M3GAN’s success as the first blockbuster film of 2023 came with the announcement of M3GAN 2.0, set for release in 2025. The horror film was anticipated to be a moderate success thanks to Blumhouse’s brilliant marketing effort, which saw M3GAN’s dances go viral and inspire new TikTok trends.

The overwhelmingly good reviews of M3GAN on Rotten Tomatoes came as a surprise. With a whopping 95% on Rotten Tomatoes, this film has been given the all-clear by film critics. The positive reception from critics has increased the likelihood that M3GAN 2 will be announced.

From its opening weekend, when it generated $30 million in North America, it was clear that M3GAN would be a financial triumph. M3GAN is not a poorly rated horror movie that manages to succeed due to a shortage of competition, as has historically been the case with early January release windows. megan 2.

The film has continued to draw in crowds and is about to break the $100 million mark internationally. There are reports that M3GAN had a budget of $12 million, making it potentially one of the most profitable releases of the year.

The rapid development of M3GAN 2 is a direct result of the critical and commercial success of the first film. Within two years of the conclusion of M3GAN, audiences will be able to see M3GAN return to torture Gemma and Cady once more in the sequel. megan 2.

Akela Cooper and the rest of the M3GAN team will have plenty of time to find new tunes for the killer AI to sing, dance, and play while it murders more victims in M3GAN 2.0.