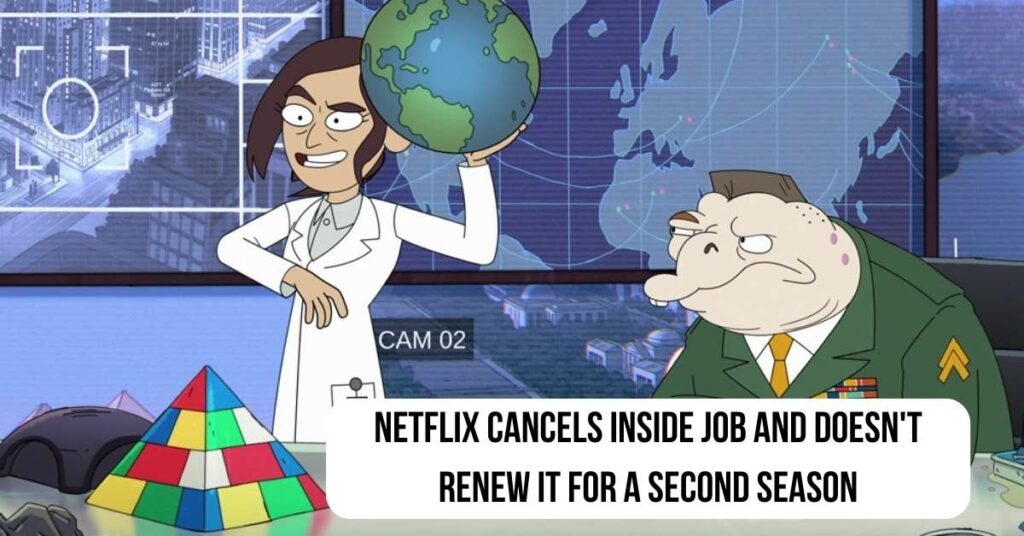 Inside Job, an extremely successful adult animated series, will not be returning for a second season on Netflix after all. Inside Job creator, Shion Takeuchi addressed rumors of the show’s cancellation on Twitter. Sorry folks, it’s the truth,” Takeuchi wrote. “I regret to inform you that Netflix has opted not to air Season 2 of Inside Job.

I’m heartbroken that I won’t get to see the characters I’ve known for so long mature into fully realized persons. Reagan and Brett deserved to have their storybook ending come true. I wish I could have told you what was in store for us.” According to Takeuchi’s findings, “Thanks for tuning in, audience members. I’m still sad, but it’s comforting to know that others shared my feelings for these characters.”

The premiere of the 10-episode first part of Inside Job Season 1 on Netflix took place on October 22, 2021. Part 2 of Season 1 premiered on November 18, 2022. With the addition of these eight episodes, Season 1 now has a total of eighteen. In June 2022, it was reported that Inside Job has been extended for a second full season in addition to the then-upcoming Part 2.

Netflix has reversed the season 2 renewal for INSIDE JOB. The series is now cancelled.

But it seems like they’ve changed their minds about that. For Inside Job, Lizzy Caplan plays Reagan Ridley and Clark Duke plays Brett Hand. The official logline for the show is: “Conspiracies aren’t simply hypotheses for those working in the Deep State; they’re reality. It’s a full-time job just to keep them a secret.”

The plot of Inside Job revolves around Reagan, a socially shy scientist, and the antics she and her dysfunctional coworkers at Cognito, a secret government group, get into.

Inside Job’s Cancellation Has Been Confirmed

According to PopCulture.com, one of the program’s writers, Chase Mitchell, tweeted twice on Saturday, January 7 that the show had been canceled. Mitchell has since removed the tweets. Mitchell lamented, “I hate posts like this but our show got canceled on Friday.” I don’t know whether it’s okay to say this, but that streamer clearly doesn’t care about animation anymore, so who gives? There appears to be much dissatisfaction among Inside Job fans on social media in light of this news.