Texas’s HOUSTON — A teenager called 911 more than six years ago to report hearing gunshots coming from his parent’s bedroom. After several hours, AJ Armstrong was placed in handcuffs and later accused of killing Antonio and Dawn Armstrong.

AJ Armstrong, now 23 years old, has defended his innocence but continues to be seen suspiciously after two criminal cases that ended in hung juries.
“There isn’t a chance at all. The thought of murdering my parents was incomprehensible to me, said AJ Armstrong to “20/20’s” “In an exclusive network interview, Matt Gutman

An in-depth examination of the 2016 Houston homicide and the unanswered circumstances surrounding the deaths is featured in an episode of “20/20” broadcast on Jan. 6 at 9 p.m. ET and available the following day on Hulu.

AJ, his sister Kayra, and Antonio Armstrong, a former NFL player who subsequently became the owner of many personal gyms, shared a home in southeast Houston with the Armstrongs.

When AJ Armstrong, then 16, called the police on July 29, 2016, he reported hearing gunshots coming from his parent’s room upstairs. When emergency personnel came, they discovered the pair in bed with gunshot wounds to their heads.

Dawn Armstrong was declared dead, and her husband passed away in the hospital a few hours later. When AJ Armstrong was brought by the police for questioning right away, he reported seeing a masked intruder inside the home. 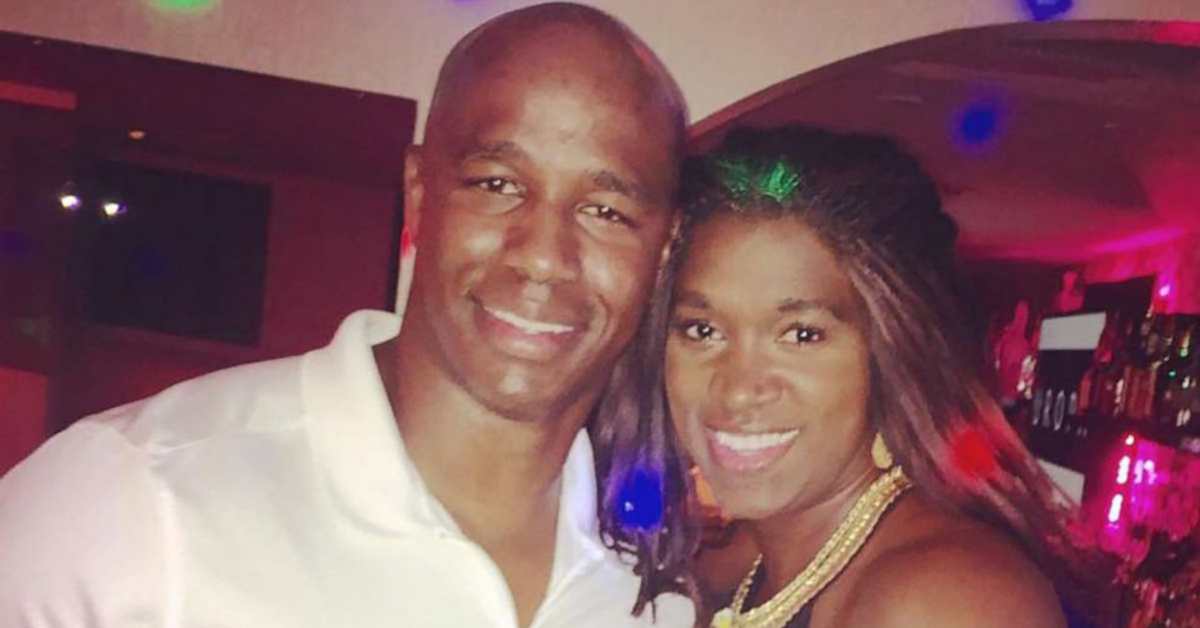 “Yes, I did see him jogging. I noticed him sprinting, “During the questioning, AJ Armstrong disclosed to the detectives. According to the interview tape, investigators questioned this account because they discovered no signs of an intruder and the home’s alarm system was still armed and untripped when first responders arrived at the scene.

According to court records, AJ Armstrong was the one who turned off the alarm so that the officers could enter. The strange evidence that was discovered at the family home also raised questions for the officers.

A gunshot hole was discovered that started in AJ’s third-floor bedroom and entered his parents’ room’s ceiling. When pressed by law enforcement, who told him they had seen the bullet hole.

the teen finally admitted that he had accidentally fired the gun while demonstrating it to a friend in his room weeks earlier. Initially, the teen claimed he had not touched his father’s gun, which was later determined to have been the one that killed Dawn and Antonio.

A burn mark was also seen on the carpet at the top of the stairs leading to the second story by the investigators who arrived on the scene. When AJ Armstrong was questioned by detectives about this.

he stated that he had been playing with matches a few weeks prior to the killings when he unintentionally dropped one. Armstrong continued by claiming that after initially lying to his father about how the burn mark developed, he eventually came clean and the two men had a chat.

The interrogation’s audio clearly shows investigators telling AJ Armstrong that they think his account of how his parents were shot in bed “isn’t adding up” and that he likely knows more than he is letting on.

Armstrong adamantly clings to his innocence, claiming he had nothing to do with the killings of his parents. To the surprise of the rest of his family, AJ Armstrong was arrested after the interview and charged with capital murder as a juvenile. On the counts, Armstrong entered a not-guilty plea.

He was permitted to travel in handcuffs to his parent’s funeral. “When someone tried to accuse my grandson of killing his parents, I believed they had lost their minds. No way,” AJ Armstrong’s grandfather Keith Whitely said on “20/20.”

As his legal counsel, Rick DeToto was chosen to represent AJ Armstrong. DeToto said on “20/20” that there was no tangible evidence linking his client to the deaths of the Armstrongs, such as gunshot residue on AJ or fingerprints on the gun left at the scene.

Detoto reported that although a handwritten message with the words “I have been watching for a long time” was discovered inside the residence, the Armstrong’s fingerprints were not discovered on the paper.

He stated, “They didn’t find any gloves with any indication that he had worn them. “Neither the washer nor the dryer had any bloodied garments. Absolutely nothing, in this case, connects him to any tangible evidence.”

However, the prosecution argued that the absence of tangible proof does not prove that AJ Armstrong did not conduct this crime.

The defense team for AJ Armstrong also brought forward more incidents that they claim were overlooked by the police but would have thrown light on the killings, such as a break-in at one of Antonio Armstrong’s gyms just days after the killings.

After looking into the break-in, investigators came to the conclusion that there was no connection to the Armstrongs’ murders. Josh Armstrong, AJ Armstrong’s half-brother, maybe the real killer, according to a huge bombshell charge made by AJ Armstrong’s attorneys during the 2019 trial.

Josh Armstrong had mental health concerns, according to the lawyers, and could have easily entered the residence that night. “Josh and AJ both had access to that home. Josh actually arrived on the scene the evening this occurred.

Josh’s flat is a short sprint away from the Armstrongs’ house “In court, DeToto contended. Josh was examined by police, but they ultimately decided he was not a suspect.

The prosecution argued that Josh Armstrong was not a suspect in this case even though he was never asked to take the stand. Instead, the prosecution contended that AJ Armstrong’s poor academic performance was to blame for his drug abuse and tense interactions with his parents. They contended that he killed his parents as a result of this and the lies they had exposed him to. 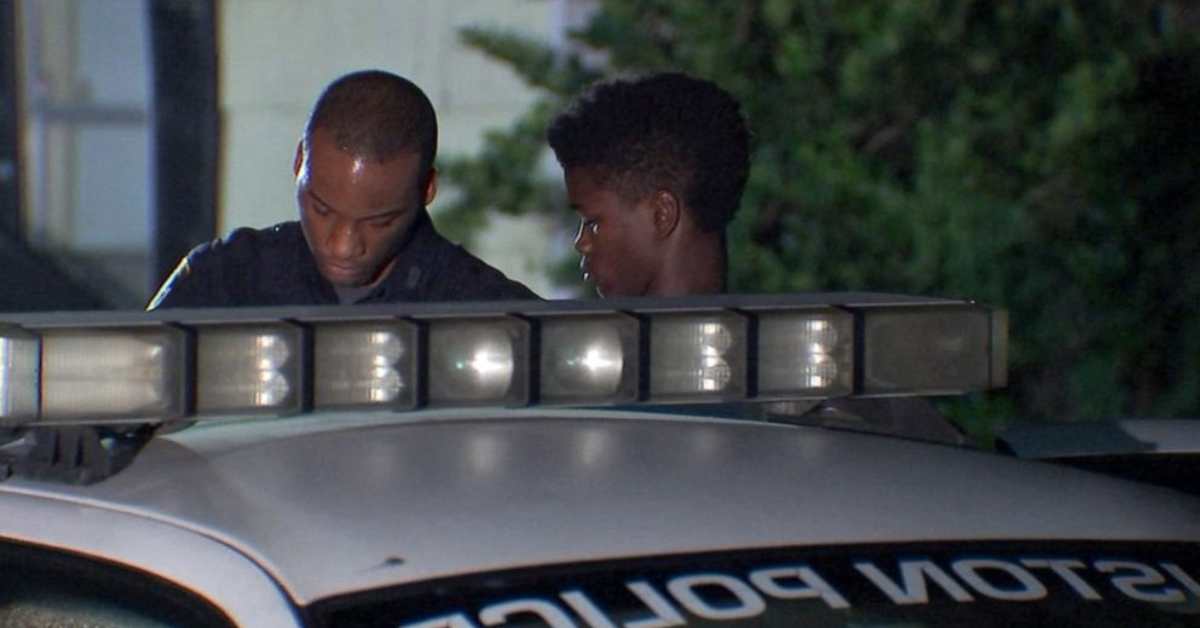 When the jury could not agree on a verdict, a mistrial was ruled. Sincerity be damned, disappointment was the first word that came to mind, but AJ Armstrong added.

“I always try to find the good somewhere in the circumstance.” It’s undoubtedly better than spending the rest of your life in prison. He continued by saying that since the 2019 trial, he hasn’t seen much of his half-brother.

“Josh is Josh; there isn’t much more to say. He acts accordingly, “said AJ Armstrong. Josh Armstrong was contacted by “20/20” for comment regarding the inquiry and DeToto’s allegations, but he declined.

In October 2022, a second trial finally began after several years of delays. This time, the prosecution gave the jury fresh information gleaned from AJ Armstrong’s cell phone on a murderous night. Prosecutors were now able to determine who Armstrong was texting as well as when his phone was plugged in and out as well as when the home screen was activated.

Armstrong’s cell phone was taken off the charger at 1:08 a.m., according to court documents, which the prosecution claimed was the time he was leaving his room to kill his parents.

Prosecutor John Jordan told the jurors, “But there’s more because during that time his phone was still locked, but the display was turning on and off. “There are two options available.

One, there might be some push notifications. Alternatively, if you’re strolling through a dark house and relying on ambient lighting, “Jordan declared.

Josh Armstrong’s history of mental health issues, according to DeToto and his colleagues, makes him a more likely suspect. DeToto presented passages from Josh Armstong’s medical documents aloud in court.

“Extremely psychotic, [he] uses command voices to harm himself and other people. cops brought a patient with psychotic symptoms to the hospital. In 2016, the patient witnessed both of his parents being killed “To the jury, DeToto read.

They don’t dispute Josh’s claim that he witnessed his parents’ murders, but they claim he was referring to his arrival at his parent’s home shortly after the killings and seeing his parents being carried out on stretchers and transported in ambulances.