Two Killed In A Shooting In Los Alamos; A Neighbouring Gunman Is Suspected Unrelated 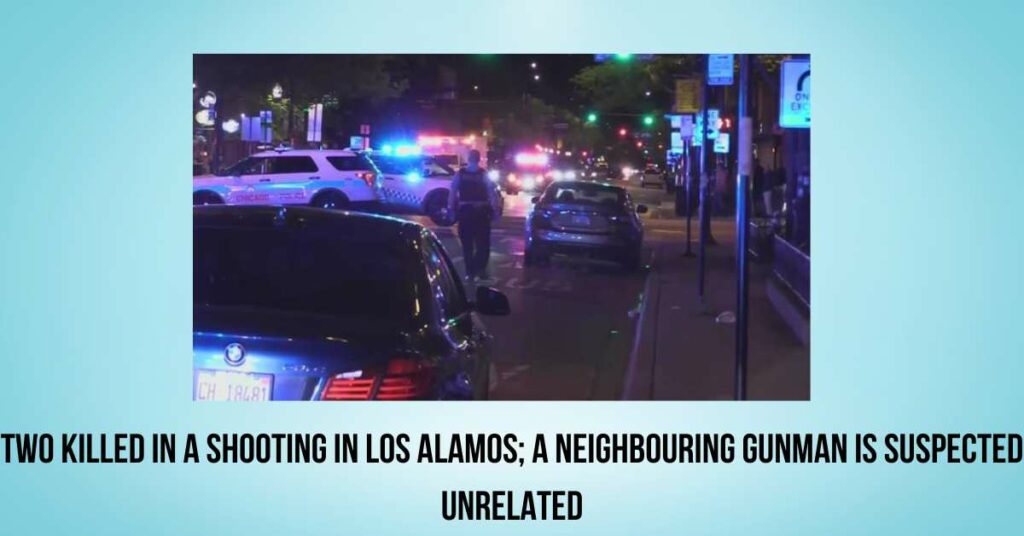 Two different incidences of gun violence occurred on a Los Alamos street on Wednesday, one of which resulted in the deaths of two persons.

According to a news release from the police department, Los Alamos police were sent to the Denver Steels area at 4:12 p.m. on Wednesday in response to a 911 call about a gunshot victim.

Two victims who had been shot were discovered by police in a house on 34th Street. The statement claimed that medical personnel made an effort to help, but both victims eventually died from their wounds and were declared dead.

Police have not officially labeled the deaths as homicides and have not released many details about them, but according to Deputy Chief Oliver Morris, they are still under criminal investigation.

In an interview on Thursday, he added, “We’re not going to comment on that yet, but we plan on doing that and hopefully have more information tomorrow.” Morris opted not to name the victims but added that after their relatives have been notified, their names would be made public.

In response to a 911 call stating a man was discharging a gun inside a residence, officers were sent to 34th Street about four hours before police found the remains of the gunshot victims.

The home was surrounded by a police perimeter, and Los Alamos High School was given a “protected status.”

After being examined at a nearby hospital, David N. Dye, 57, was taken into custody on charges of aggravated assault and reckless use of a handgun. He was then lodged in the Los Alamos County jail.

One witness claimed that when they tried to take the gun away from Dye, he pointed it at their chest and shouted, “Get back.” According to Morris, the two instances are not connected in any way.