Several People Were Shot Outside A Restaurant In Miami Gardens 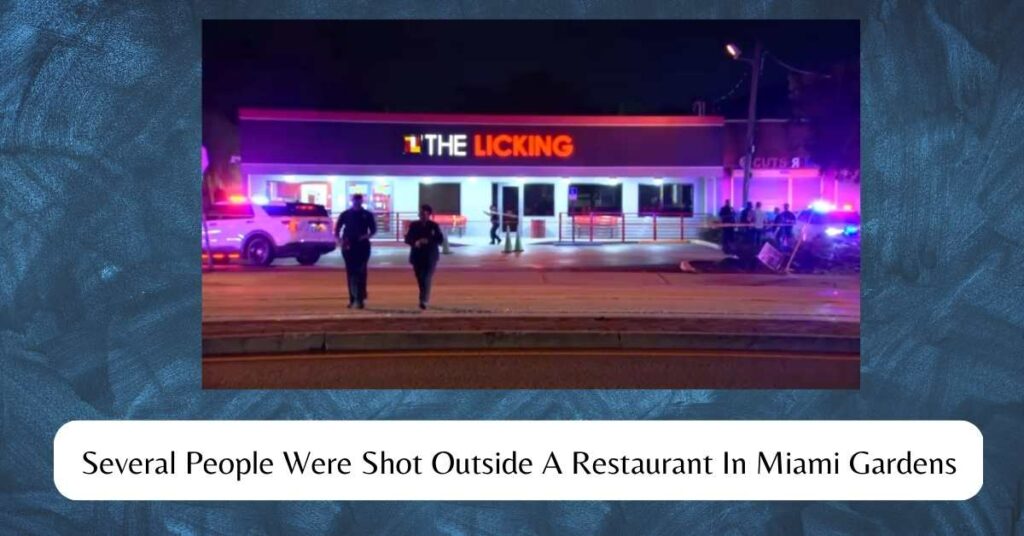 MIAMI – On Thursday evening, multiple people were shot outside of a restaurant in Miami Gardens, and the police are currently investigating the incident. It occurred in the vicinity of the 2700 block of NW and 175th Street at approximately 8 o’clock in the evening.

According to information obtained by CBS4, a fight that began in a different location culminated in a shooting that took place outside of The Licking eatery.

The shooting of “several victims” was confirmed by the Miami Gardens Police Department. Others chose to drive themselves to local hospitals while others were taken there by ambulance.

According to claims that could not be verified, a total of ten persons had been shot, but the police would not confirm that figure.
At least four of the victims required air rescue and were transported to Jackson Memorial Hospital to be treated for their injuries. It is currently unknown what their condition is.

🚨#BREAKING: Numerous people shot while filming a music video outside a restaurant

Multiple authorities are at the scene as police has confirmed at least 10 people have been shot in front of The Licking in Miami Gardens during a French Montana video shoot pic.twitter.com/KD8PwP7EjJ

The incident took place in the restaurant’s parking lot, according to a witness who spoke with CBS4, during the filming of a music video featuring the rapper French Montana. He stated that there were 10–15 gunshots and that people started running in all directions.

Outside of the restaurant, there were several police detectives to be seen. Images captured by cameras belonging to CBS4 showed a number of police cruisers as well as fire rescue units present in the area.

According to a source within the law enforcement agency, investigators will be reviewing several recordings that have been shared on social media as well as surveillance video from businesses located in the area to assist them in their investigation.

There was no more information that could be provided.