Damar Hamlin Accident: The NFL Community Comes Together To Help Him 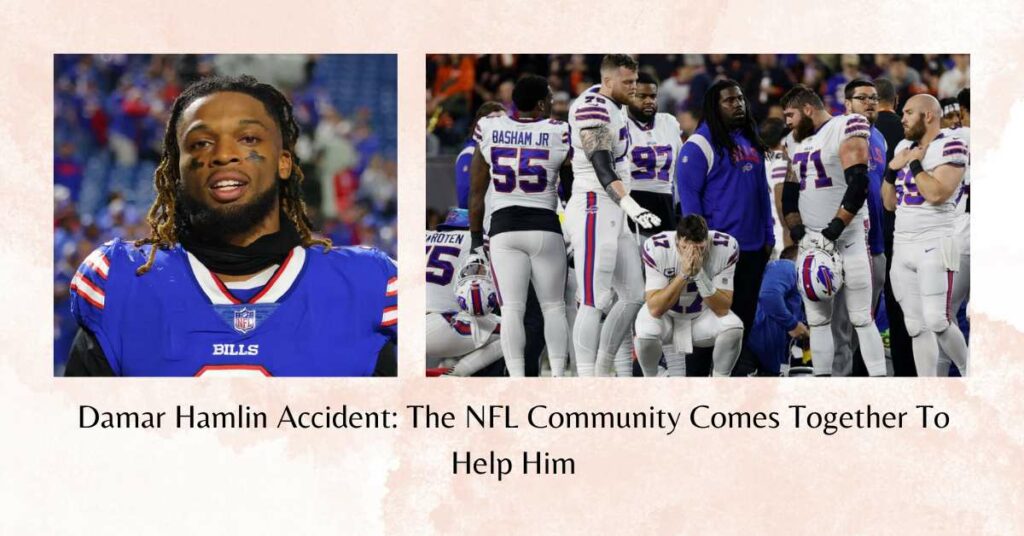 Damar Hamlin, a safety for the Buffalo Bills, collapsed on the field against the Cincinnati Bengals and was taken to the hospital on Monday in severe condition. The NFL community and others hugely showed their support after the incident.

After colliding with Cincinnati Bengals wide receiver Tee Higgins on a pass play, Hamlin, 24, lost consciousness. After finishing the tackle, Hamlin fell to his feet but nearly collapsed to the ground.

Players gathered around him and yelled for help as he stayed lying on his back. He was being treated by medical personnel while lying on the field before an ambulance arrived. According to reporters on the scene, he needed CPR on the field and ultimately had to be taken to a nearby hospital.

“This isn’t about a football player, this is about a human.”@Realrclark25 spent time with @notthefakeSVP to offer support to Damar Hamlin. pic.twitter.com/fJT80Nz7kV

Before he was driven off the field in the ambulance, more than 15 minutes had passed. Finally, the NFL called off the game and declared Hamlin in serious condition.

My prayers and thoughts go out to @HamlinIsland the Hamlin Family. I’m praying that you pull through bro. Love 🙏🏾💙

Later on Monday, his marketing representative Jordan Rooney tweeted that his vital signs had returned to normal and that a breathing tube had been given to him. Beyond those developments, his health status remained unknown as of late Monday.

Members of the NFL community, such as former NFL safety and current ESPN analyst Ryan Clark, commented on the situation on television and social media.