According To Reports, Andrew Tate Has Been Arrested In Romania As Part Of A Prostitution Investigation 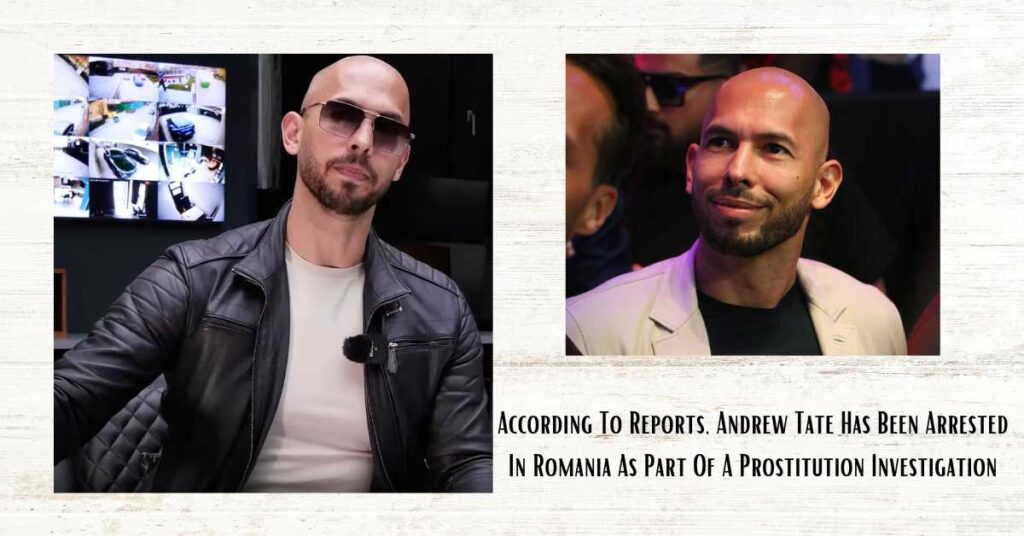 Anti-terrorism officials are said to have detained controversial media figure Andrew Tate, a former professional kickboxer. According to the Romanian publication Libertatea, he and his brother Tristan Tate were jailed on suspicion of organizing an organized crime gang that uses girls for adult videos.

The Directorate is questioning Tristan and Andrew Tate for Investigating Organized Crime and Terrorism (DIICOT) about allegations of rape and people trafficking. In a statement, DIICOT acknowledged the raid but did not identify the individuals. The boys’ attorney confirmed their detention to Reuters.

A criminal file has been established in the British brothers’ names. A former policewoman was also searched for and questioned for her possible participation in the crime, according to Romanian news outlet Antena 3 CNN.

According to reports, Romanian prosecutors think that the Tates are enlisting and abusing women to produce pornographic videos, which they then sell and disseminate on websites like OnlyFans.

In April, two young women (one of whom is an American citizen) were discovered by Romanian authorities in a property near Voluntari. They claimed to have been held against their will by the Tates. According to Libertatea, the brothers were questioned at DIICOT for five hours before being freed.

In a tweet earlier this week, Andrew Tate boasted about his 33 automobiles and included the 19-year-old climate activist Greta Thunberg as a tag. He wrote, “Yes, please do enlighten me. Please offer your email address so I can send a detailed list of my car collection and its relatively massive emissions. [email protected] is my email address.

With almost 3 million likes, the tweet rapidly rose to the top of all-time most-liked tweets. Tate responded to Thunberg on Wednesday by eating pizza from a package marked “Jerry’s Pizza,” a chain of Romanian restaurants.

Tate gained notoriety in 2016 as a guest on the British reality series “Big Brother,” where he attracted controversy for remarks he had made on Twitter that were both homophobic and racist. After a video surfaced that appeared to show him beating a woman with a belt, he was fired from the show. The behaviors were mutually agreed upon, according to Tate and the woman.

Tate’s Twitter ban was lifted by Elon Musk a month ago. The Tate brothers established a web cam business offering male callers “false sob tales.” Andrew eventually acknowledged that the operation was a “complete hoax,” but he still claimed to have gained millions.