The first season of Tom Clancy’s Jack Ryan stood noteworthy for its well-developed characters. The suspense in the Prime Video series was terrific, but it was driven by the characters’ growth, especially Jack. According to John Krasinski, the character is an analyst who finds himself in the field by chance. He relied on his brains rather than his brawn, and his generous attitude about his new status was a significant selling point.

The second season, unfortunately, ignored that in favor of the action elements of the show. Perhaps to capitalize on Krasinski’s rising star, the show made Jack into a full-fledged spy and neglected to give him any real depth as a person.

His meagre efforts fell flat, and he often felt like just another generic action hero. Thankfully, Season 3 of Jack Ryan seems aware of this flaw and has remedied it to give Jack more room to breathe (at least symbolically, as his situation isn’t improving).

As Jack Ryan, The second season was enjoyable, but it lacked heart. Jack’s assignment in Venezuela was entertaining, but it lacked the depth and emotional intensity of the pilot.

None of the new characters had a strong personality for Jack to play off of like Season 1’s lineup did, except Criminal Minds alum Michael Kelly’s pitch-perfect Mike November.

Also, there were the standard conventions of the genre, such as Jack’s chance encounter with a beautiful foreign spy. There was little growth for Jack Ryan as a person throughout Season 2; everything was focused on getting him to the end of the season.

That has turned around in Season 3. Elizabeth Wright, portrayed by Betty Gabriel, informs Jack in the premiere episode of season three, “Falcon,” “I’ve never really liked heroes.” What’s more, “They tend to think more of their deeds than the effects,” she says of the group in question. 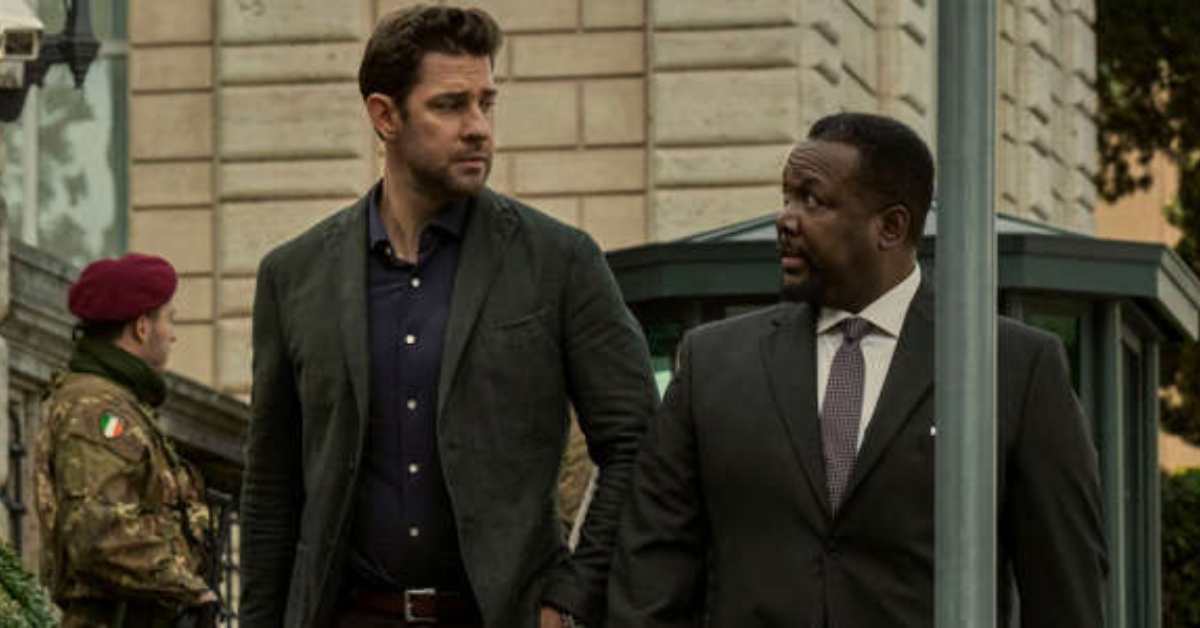 Those few lines effectively summarise Jack’s development as a person. Despite being the main character, he is not a hero, as Season 3 demonstrates. In the first scene, he devises a brilliant method to gather information, only to be thrown out into the street.

He must consult with Wright, James Greer, and the Langley administration about his next move. When things inevitably go wrong, he will need to use his wits to get out of it, not his fists.

Krasinski’s portrayal of Jack is intriguing because, more than earlier interpretations, it places a premium on Jack’s intelligence and the impact that it produces. The third season returns to the central question of why Jack Ryan isn’t like any other CIA operative.

Season 3 of Jack Ryan returns the focus to series lead John Krasinski and the supporting cast members who have had the most significant impact on Jack’s development as a spy and a person.

Greer, played by Wendell Pierce, has remained the ideal counterpoint; he plays the role of Murtaugh in this Lethal Weapon-style duo. Wright, played by Gabriel, is the most formidable female character in the series since Season 1, and she provides Jack with a worthy adversary.

Jack’s abilities haven’t diminished, but Greer and Wright have shown him that he can improve. Because of this, Krasinski will have more opportunities to showcase his acting chops.

From the first episode, viewers are immersed in his experiences and get a sense of how his career as a case officer has positively and negatively influenced him. Fans of the show are aware that Season 4 is the last and that a spinoff is in the works.

Season 3’s focus on Jack again as a fascinating protagonist and Season 4’s ability to start from scratch is both thanks to Season 3’s return to the show’s roots and the growth Jack has undergone.

He’s undergone the necessary trials to mature from an inexperienced analyst to a seasoned operator. Now, he’s ready to take on the challenge that will bring his story full circle.

Season 3 of Jack Ryan again shows Jack’s humanity while putting him in a position to bow out gracefully, demonstrating that the show is at its best when it concentrates on the human aspect of rescuing the world.