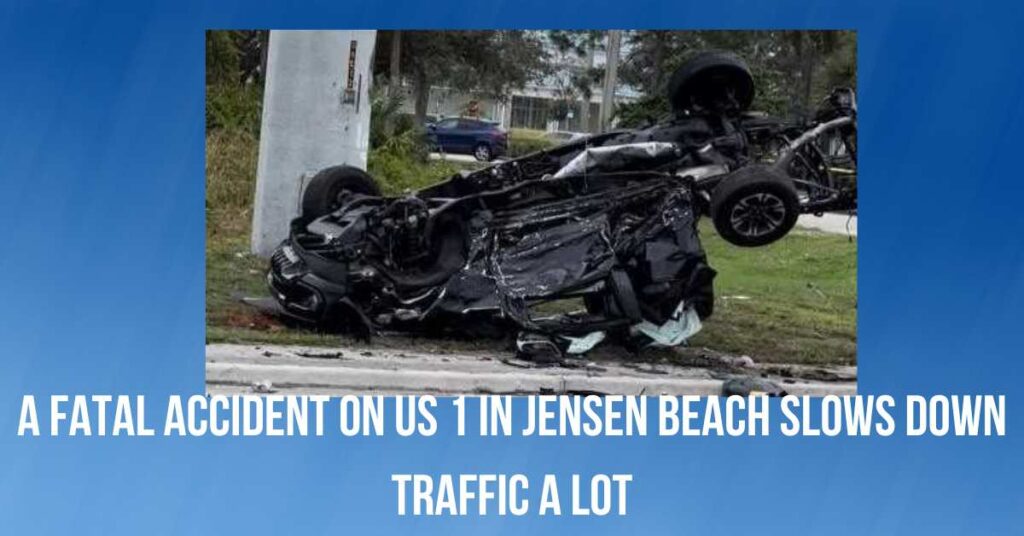 JENSEN BEACH, Fla. — On Monday, the traffic flow on U.S. 1 was significantly impeded due to a deadly collision involving two vehicles in Jensen Beach.

According to the Florida Highway Patrol, the accident occurred at about 9:45 in the morning on United States Route 1, close to where it intersects with Northwest Eugenia Street.

According to the statements made by witnesses and investigators, a 22-year-old man from Port St. Lucie was driving a 2017 Infiniti Q60 northbound on U.S. 1 in the second left lane north of Eugenia Street.

At that moment, a man from Port St. Lucie, Florida, aged forty, was operating a pickup truck, a 2021 Chevrolet Colorado, traveling south on United States Route 1 in the left turn lane.

According to the FHP, the vehicle started making a left turn as it traveled along US-1 toward an Exxon gas station. Nevertheless, the front of the car was involved in a collision with the truck’s right side.

Martin County Fire Rescue determined the person operating the truck to be deceased at the accident scene. The driver’s name has not been made public. The Florida Highway Patrol said the car driver sustained “incapacitating injuries.”