Jack Ryan Season 3 Cast: Who Is The Female Actor In Jack Ryan? 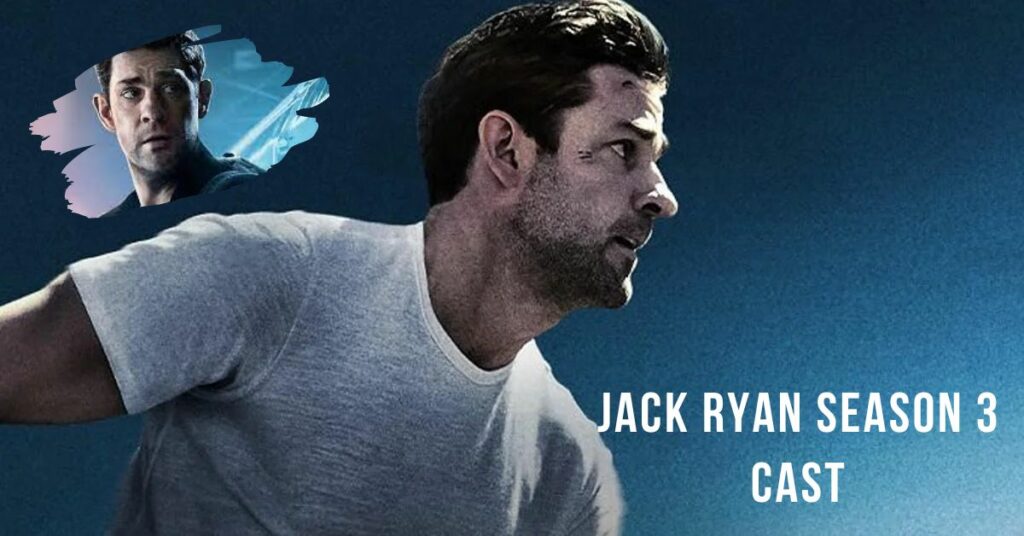 Jack Ryan season 3 cast: Based on the character Tom Clancy created, Jack Ryan is returning for a third season. A new and more complex task awaits the former CIA financial analyst. This time, Jack finds himself in a problematic predicament since he has become embroiled in a broader scheme. Jack has made himself a target of a murderous international rogue group and his fellow CIA agents by exposing himself as a fugitive.

Jack must now maintain his underground identity a secret as he travels throughout Europe to prevent a global conflict that could end human civilization. Tom Clancy’s Jack Ryan Season 3 premieres on Prime Video on December 21, 2022. The new season’s matchups are listed below, so read on to find out who’s playing who.

Dr. Jack Ryan, played by John Krasinski, is a former Marine turned CIA financial analyst who works in the Terror Finance and Arms Division (T-FAD) of the Counterterrorism Center (CTC). He is currently a temporary employee on Capitol Hill, where he was just promoted to head of T-FAD. Ryan used to get his Ph.D. in economics and then work for Joe Mueller at a private bank on Wall Street.

A few years later, in 2013, Ryan left Wall Street to become a financial analyst for the CIA. Jack Ryan is exceptionally bright and adept and possesses a rock-solid moral compass. The rookie analyst’s ideals and ingenuity help them uncover a massive terrorist plot. Krasinski was primarily influenced by Harrison Ford’s portrayal of Jack Ryan in Patriot Games and Clear and Present Danger.

No looking back. Watch all the episodes of Tom Clancy’s #JackRyan Season 3 on @PrimeVideo. pic.twitter.com/QbidyIclJl

Ford presents Ryan from a more “humane” perspective, and Krasinski agrees that while Ryan isn’t a superhero by traditional criteria, he does possess a heroic spirit. Since his breakout performance as Jim Halpert on NBC’s The Office, Krasinski has become one of the most popular stars on television. jack ryan season 3 cast.

James Greer, Ryan’s employer in T-FAD and a former CIA station chief in Karachi, is played by Wendell Pierce. Greer’s early career was spent in the United States Navy, although he later left the service to join the Central Intelligence Agency. Greer was working on a mission in Karachi that went awry, much to the dismay of the CIA’s upper echelons, and he was forced to take unwelcome action.

The CIA downgraded Greer to Group Chief of the Terror, Finance, and Arms Division and shipped him back to Virginia (T-FAD). Pierce has played several notable characters, including Jack Ryan from Tom Clancy’s novels, Detective Bunk Moreland on The Wire, Robert Zane on Suits, and Michael Davenport in Waiting to Exhale. jack ryan season 3 cast.

Mike November, the head of the CIA station in Venezuela, is portrayed by Michael Kelly. A savvy CIA agent with years of experience, November initially appeared in Season 2 of Tom Clancy’s Jack Ryan as a field officer stationed in Caracas and tasked with assisting Jack Ryan.

Two times divorced, November has also married the U.S. Ambassador to Venezuela, Lisa Calabrese. Kelly’s role as Doug Stamper on House of Cards brought him widespread recognition, but he is also known for his work in The Sopranos as Agent Ron Goddard in the film Now You See Me. jack ryan season 3 cast.

The Chief of Station in Rome, Elizabeth Wright (Betty Gabriel), is always on Jack’s tail, urging him not to cross the line in international affairs. The first casting choice for Elizabeth was Marianne Jean-Baptiste. Jean-Baptiste departed the production owing to creative differences, and Gabriel reshot her sequences.

She got her start in the industry in musical theatre and made her film debut in the 2011 short film In Memoriam. Both Good Girls Revolt and The Purge: Election Year featured her as a character named Denise and Laney Rucker, respectively. As Georgina, Gabriel had her big break in the Jordan Peele film Get Out, for which she was nominated for a Screen Actors Guild Award and two Black Reel Awards. jack ryan season 3 cast.

In the most recent season, James Cosmo plays the role of Luca. Those familiar with the 1986 fantasy action-adventure picture Highlander will likely recall Cosmo in the part of Angus Macleod. Hollywood hits like Braveheart and The Lion, the Witch, and the Wardrobe also features him as an actor. You may recognize him from his roles in Sons of Anarchy and as Lord Commander of the Night’s Watch, Jeor Mormont, on the critically acclaimed HBO series Game of Thrones. jack ryan season 3 cast.

Yasss baby! Betty Gabriel is in this 3rd season of #JackRyan I know she’s going to bring it. ✨✨✨ pic.twitter.com/fnABpVSbXP

It has been announced that Peter Guinness would portray the role of Petr. While details regarding the role are still scarce, Guinness has an impressive acting resume. Guinness, who had already been in over fifty television programs and over ten films, played the lead part of Tito Spadola, an ex-convict on the hunt for the persons responsible for his unjust imprisonment, in the first Zen series. When it comes to Guinness’s involvement with The Pianist, he’s done it all: from TV to movies to a live stage play. jack ryan season 3 cast.

The upcoming season of Tom Clancy’s Jack Ryan will have an appearance by Nina Hoss in the role of Alena. Given her position as President of the Czech Republic, Alena is not to be trifled with. Hoss has a lot of experience in the theatre. She began acting in radio plays when she was seven and had her stage debut when she was fourteen.

She has been performing on stage for quite some time and is an established member of both the Deutsches Theater and the Schaubühne in Berlin. She has appeared in several films and theatre performances, including The Contractor and Tár, Little Foxes, and Bella Figura by Lillian Hellman and Yasmina Reza, respectively. jack ryan season 3 cast.

Domingo “Ding” Chavez will be played by Michael Anthony Pea not only in Season 3 but also in the final season. Pea played Cesar Chavez in the film of the same name, and he also appears in the first season of the Netflix series Narcos: Mexico as DEA agent Kiki Camarena. His filmography includes Gangster Squad, Ant-Man, and Ant-Man and the Wasp, and he was nominated for an Independent Spirit Award for Best Supporting Male for his role in End of Watch. jack ryan season 3 cast.