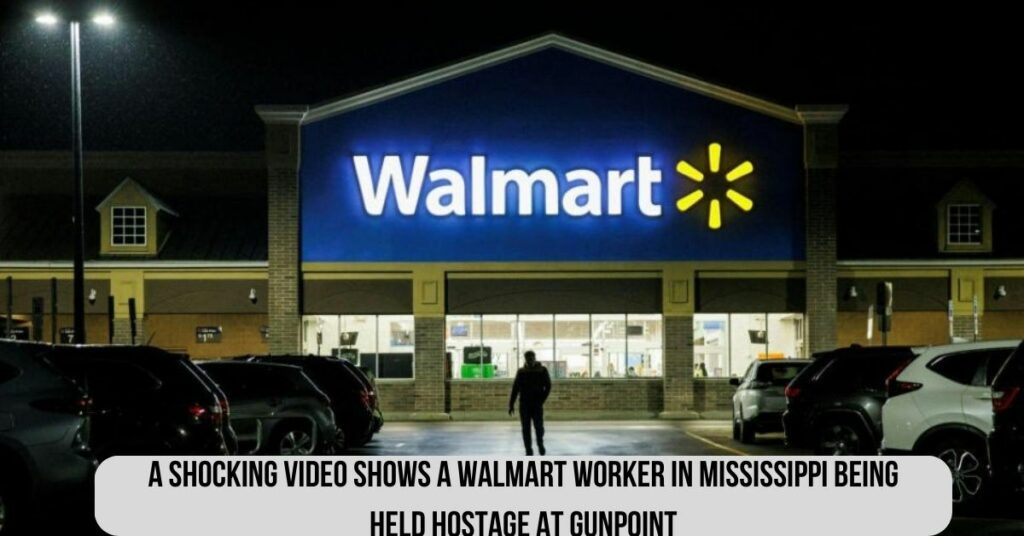 A dramatic incident occurred yesterday (Dec. 21) when a female employee was held at gunpoint in a Walmart in Richland, Mississippi. The Mississippi Bureau of Investigation claims that an officer shot the guy dead to save the victim.

Social media is flooded with a video of the horrified employee being held hostage inside Walmart. The armed person could be heard screaming and griping in the video about a wailing baby. I ain’t tryna hurt anybody, she continued.

Before the video was cut off, the person filming it on their phone asked, “Why don’t you let her go then, please?” “It’s evident that the worker’s life is passing before her eyes. She believes she will pass away today. This traumatic experience altered her life irrevocably.

She better be OK, someone tweeted. In the Walmart parking lot following the shooting, Richland Police Department public information officer Allison McDonald made a statement. “We experienced a gunshot incident.

The only information we currently have about the shooting is that it involved an officer. We will release those to you when I gain more information about them,” she told the press. There were no other recorded injuries.

According to Jackson, Mississippi’s WAPT 16 news station, the suspect is a 21-year-old Arkansas lady. The Richland Police Department posted on social media that it investigated a weapon-related incident at Walmart.

The area is safe, and we’ll let you know when there are any updates. Police provided an update two hours later and added, “RPD had an officer-involved shooting this evening at Walmart.” Our officers are all secure.

Walmart is currently locked up and shuttered. MBI will carry out a separate inquiry. This is the company’s second fatal shooting in the past month. As previously reported by REVOLT, a manager of the night shift shot and killed six workers on November 22 before being slain himself.