Louis Orr, A Former Player For The Knicks, Died At 64 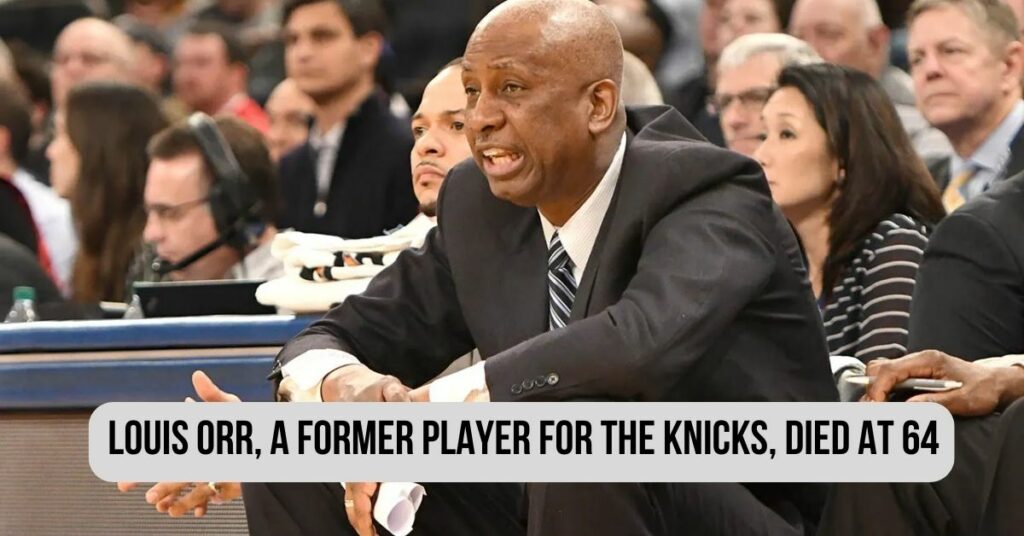 Louis Orr, a former New York Knicks player, died at 64 from cancer, his family announced. According to a statement from his family, Orr, who also served as a coach at Seton Hall, passed away on Thursday.

According to the statement, “Louis Orr’s fight with cancer ended on 12/15/2022, and he was called home to live with the Lord.” “He was a loving and adored brother, friend, parent, spouse, and grandfather. He’ll always be missed!”

Jon Rothstein of CBS Sports first reported the news before the Orr family released a statement. The collegiate basketball community mourns Louis Orr’s passing, Rothstein remarked on Twitter. “A beautiful man who was stolen from us all too soon,” he said of Orr.

According to Rothstein, Orr played for Syracuse, served as head coach for Siena, Bowling Green, and most recently, Georgetown under Patrick Ewing, and played for the Knicks and coached at Seton Hall.

On Friday, a statement celebrating Orr’s legacy was released by Georgetown and Ewing. “Louis Orr, a staff member with the Georgetown men’s basketball program since 2017, passed away, and the Georgetown University athletics department mourns his passing.”

In his statement on Friday, Ewing claimed that he had “lost a great buddy” and “someone who has been in my life since I was 22.” Ewing added, “We formed a brotherhood and a relationship. “He was always someone I could talk to; we discussed anything from basketball to family. He will always be a part of the Hoya program and will be sincerely missed.”

His accomplishments include four NCAA tournament appearances and a famous stretch while he was a player for Syracuse from 1976 to 1980. In a tweet on Friday, the men’s basketball team at Syracuse lamented the passing of their former hero.

“We lament the passing of a legend of the Orange, a player, a coach, and above all, a wonderful guy who improved everyone in his vicinity. We will always remember Louis Orr, especially when we look up and see his No. 55 in the Dome rafters.”

Orr spent eight seasons in the NBA as a player, averaging 9.7 points, 3.7 rebounds, and 1.5 assists per game. Yvette, Orr’s wife, and their two kids, Monica and Chauncey, are still alive. The much-loved coach was also Isaiah and Nasir’s grandfather.