In The First Footage From The “Barbie” Teaser Trailer, Margot Robbie And Ryan Gosling look Great 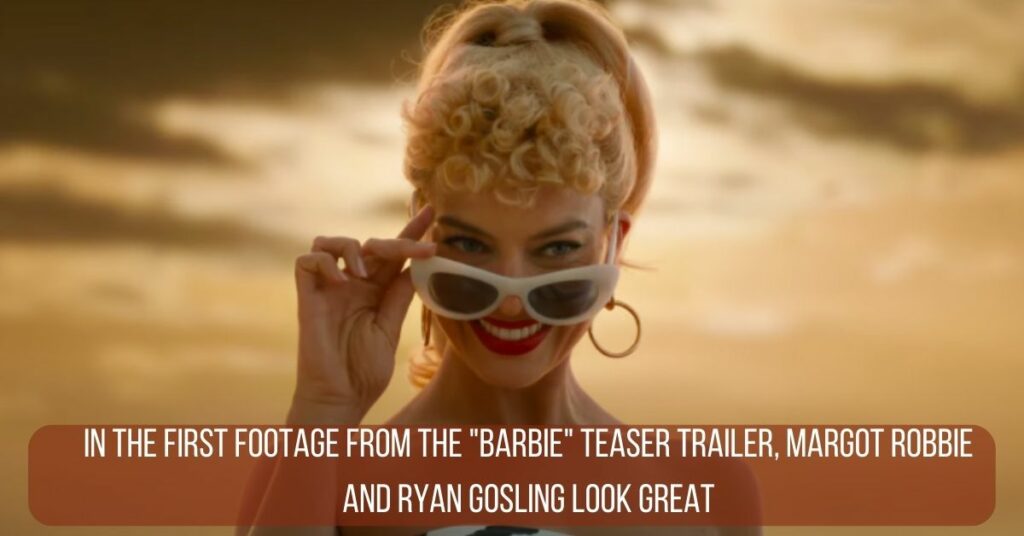 In The First Footage From The “Barbie” Teaser Trailer, Margot Robbie And Ryan Gosling look Great: Robbie, let’s go out and party! The official trailer for Greta Gerwig’s “Barbie” movie, featuring Margot Robbie as the title fashion doll, has been made available by Warner Bros.

The movie does have Barbie, and Ken imprisoned in the real world, where the former learns the difficulties of being a live woman, albeit narrative details are well guarded. In the film, Ryan Gosling, who portrays Ken, Barbie’s longstanding boy toy, co-stars with Robbie.

Rhea Perlman, Sharon Rooney, Scott Evans, Ana Cruz Kayne, Ritu Arya, and Jamie Demetriou are among the other well-known actors in the cast in addition to According to an exclusive report by Variety, the movie also stars Alexandra Shipp from “Tick, Tick… Boom!” and Hari Nef from “And Just Like That” and “You” in supporting parts.

From a screenplay she co-wrote with Noah Baumbach, the “Lady Bird” and “Little Women” director directs the movie. Co-producing “Barbie” with Tom Ackerley are Mattel Films, Heyday Films, and Robbie’s LuckyChap Entertainment label.

Executive producers include Mattel’s Ynon Kreiz and LuckyChap’s Josey McNamara. In London, the movie’s production was finished earlier this year in July.

In 2019, Robbie discussed the significance of bringing Barbie to life on screen in an interview with Variety’s Marc Malkin. She stated, “I think it’s a terrific chance to put positivity out there and set an example for younger kids. The movie “Barbie” will debut on July 21, 2023. View the complete trailer below.