After A Standoff, Police Found A Dead Man In An Apartment In Midtown Miami Where He Had Been Barricaded 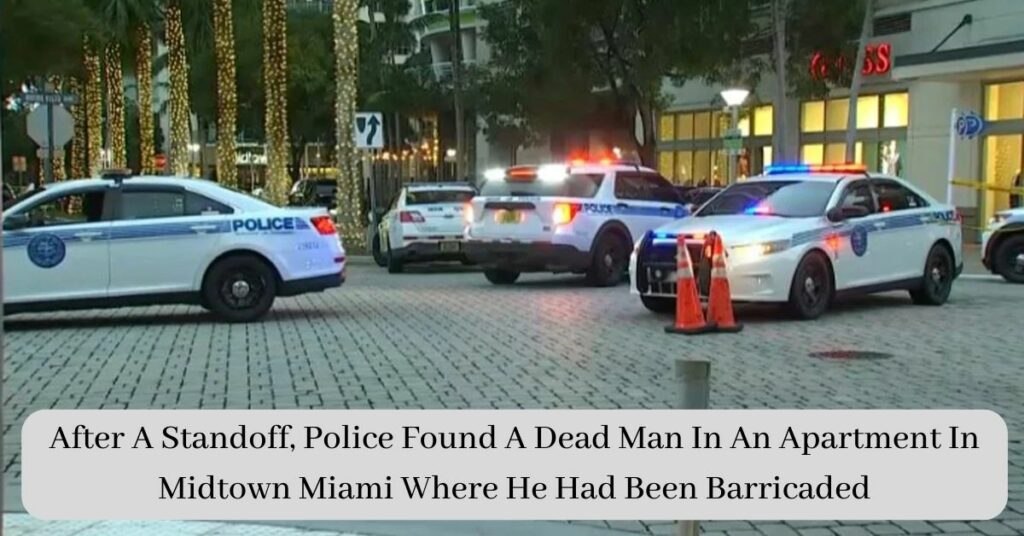 After an hour-long police standoff at a Midtown Miami apartment building, a man has died.

Just before three in the morning, according to Miami police, they received a report of a guy carrying a weapon and wearing body armour in the lobby of an apartment complex in the 3400 block of East Coast Avenue.

When the police arrived, a witness was able to identify the man’s unit.”When they knocked on the door, a person with a long rifle instantly came up to them. The police fired their weapons in self-defense after issuing verbal orders.

The perpetrator shut the door hard. Without causing any harm to the policemen, we were able to retreat “explained Manny Morales, chief of the Miami police. The was found dead inside the flat by a SWAT team after police had secured the floor.

If the individual fired a weapon at the policemen, police have not said. Furthermore, it is unknown whether the individual was shot by the authorities or shot himself. Before seeing the police outside, some inhabitants of the building claimed they were ignorant that anything had transpired.

“We didn’t really notice it until we stepped outside this morning and quickly performed a Google search on our phone, at which point we kind of understood what was happening. It was somewhat concerning, “said apartment building resident Kennedi Peri.

Since two Miami police officers used their guns in the shooting, the Florida Department of Law Enforcement will look into it.