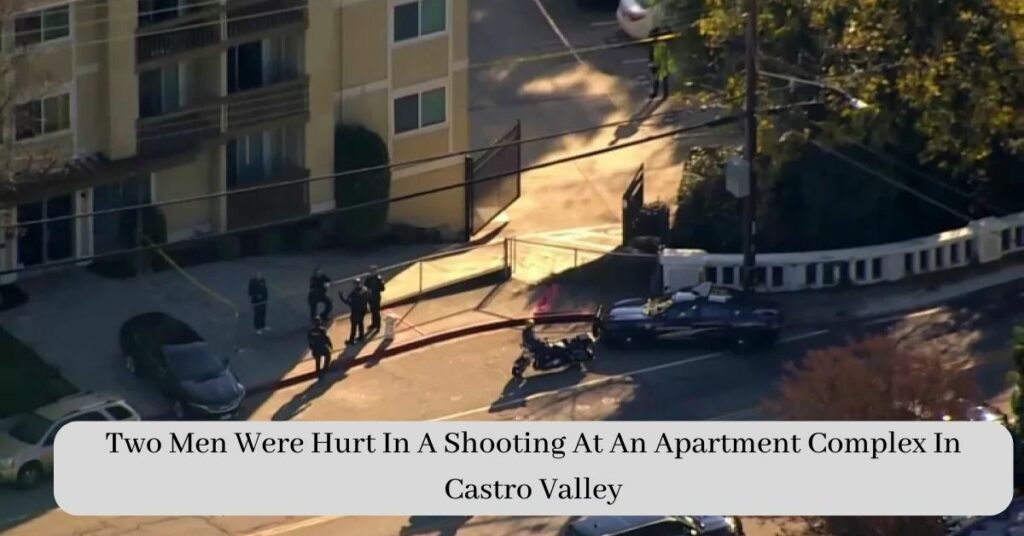 California’s CASTRO VALLEY – The Castro Valley apartment complex where two men were shot has been reported by the Alameda County Sheriff’s Office.
The shooters left the 22400 block of Center Street in a getaway car driving toward Interstate 580 after the two victims were brought to the hospital, according to investigators.

Initially claiming that the gunshot seemed to be an “ambush,” sheriff’s Lt. Ray Kelly later explained that it wasn’t. It’s looking less and less likely that there was a meeting or an interaction, Kelly said. “Then it went south and that’s when the guns came out.”

The Vista Creek Apartment building’s carport area was the scene of the incident, which was reported at 9:18 a.m. According to officials, one of the guys was struck in the chest, and the other in the leg.

Aerial footage revealed a significant response from the local sheriff’s deputies. The building is notorious for fights, assaults, and other conflicts, according to residents who spoke to KTVU. One neighbor reported seeing odd individuals entering and exiting a second-floor apartment recently. After the incident on Wednesday, she claimed that deputies entered that flat while brandishing pistols.

And Phillip Oliver, a neighboring resident, claimed that before the police arrived, eight or nine rounds had been fired. Investigators were searching widely for any circumstances that might have contributed to the violence because there was no clear reason for the shooting.

We’re currently piecing it together to attempt to understand how this all came about and how these people know one another, Kelly added. We constantly examine gang relationships, drug relationships, and robberies because they serve as the basis for what constitutes a violent crime.