Too Hot To Handle Season 4: Is Anyone From Season 3 Still Together? 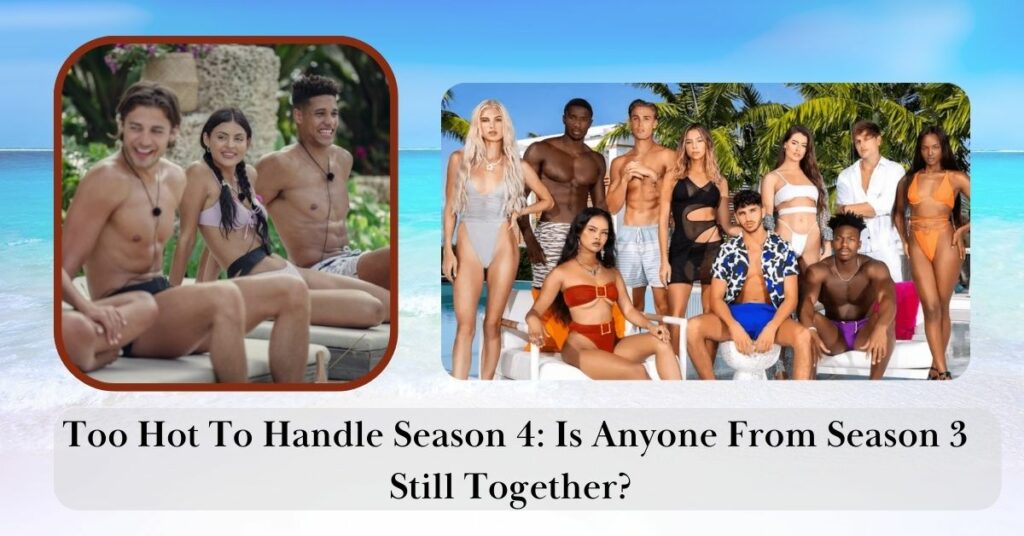 A new season of the smash hit Netflix reality show has arrived, and this time, Mario Lopez makes an unexpected appearance. Too Hot to Handle will be back for a fourth season this December, so be ready to watch a fresh group of sassy singles put through Lana’s paces.

The individuals have been duped into believing they are participating in a fictional dating program called Wild Love, presented by Mario Lopez from Saved by the Bell, for the first day of the show. To keep their prize money high and have a shot at winning it, the cast of Too Hot to Handle Season 4 will have to practice abstinence over the following few weeks.

Season 4 will be available on Netflix on December 7th, and the streaming service has already given fans a taste of what they can expect from the upcoming episodes. All the details of the fourth season of Too Hot to Handle are here for your perusal.

Too Hot to Handle returns to Netflix on Wednesday, December 7 for its third season. On December 7th, the first five episodes of Season 4 will become available on the streaming service, and on December 14th, the remaining five episodes will be added.

Too Hot To Handle Season 4 Cast

The participants of Netflix’s Too Hot To Handle — or, more accurately, Wild Love, a bogus dating program the participants think they’ve signed up for — have been revealed. The following is a complete list of season 4 competitors who have committed to abstaining from s*x in order to win the grand prize:

Every year they bring the same girl on too hot to handle…and every year every man is obsessed. Men are so predictable fr #toohottohandle pic.twitter.com/6EI2qz8mnA

What Will Happen In Too Hot To Handle Season 4?

The singles will arrive at the villa under the false impression that they have signed up for a dating show in which they will experience love “harder, faster, and more deeply than ever before,” in classic Too Hot To Handle form. When they give in to their s*xual impulses, however, they will be confronted by Lana, the virtual assistant for the Netflix show Too Hot To Handle, who will tell them that they are truly contestants on the show and will lose prize money.

Season 4’s singles believe they have joined up for Mario Lopez’s new show, Wild Love, while prior seasons’ competitors believed they were taking part in bogus series like Parties in Paradise and Pleasure Island. Too Hot to Handle’s trailer narrator Desiree Burch says, “To lure another batch of naïve cuties, we decided to produce our largest false show yet.”

Too Hot To Handle season 4 trailer

A new trailer for the upcoming fourth season of Too Hot to Handle on Netflix teases some of the cast’s deepening relationships as well as their encounters with unexpected obstacles. Too Hot to Handle season 4 arrives Wednesday 7th December. There are the first three seasons to watch on Netflix. Read up on our picks for the top Netflix shows and movies.