Harry And Meghan Documentary Netflix Release Date: What Can We Expect To See? 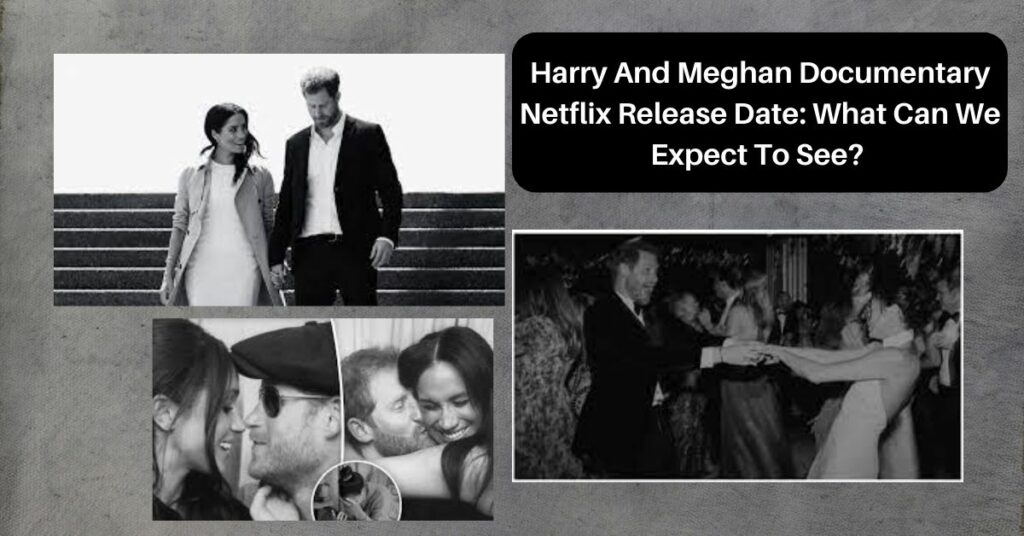 The trailer for Prince Harry and Meghan Markle’s Netflix documentary series has just been released, and we are definitely freaking out. Never-before-seen (and unbelievably gorgeous) photos of the former royals are featured in the minute-long animation. These include images from the couple’s wedding celebration and Meghan’s pregnancy.

If you’re as fascinated by the royal family as we are, you’re definitely trembling with excitement over the premiere of the docuseries. Just when can you start your marathon viewing? How much royal tea do you think will be spilled? Find out more about the new series right here. In this article, we will discuss Harry and Meghan Documentary Netflix Release Date and many more things related to it.

Though Netflix hasn’t verified it, People reports that you’ll be able to see Harry & Megan on Netflix in December. In the meanwhile, Page Six claims the premiere date is December 8; however, Netflix has not yet verified this date.

What Can We Expect To See In ‘Harry & Megan’?

According to a press release, “Harry & Megan” will explore the romance between the Duke and Duchess of Sussex through the perspectives of the two leads. The series will cover Harry and Meghan’s courtship and subsequent break from the royal family over the course of six episodes.

The series also features the perspectives of historians who have studied the royal family’s interactions with the media, as well as those of the royal family’s closest friends and relatives. You can expect to hear from Harry and Meghan individually, as the trailer depicts them giving separate confessionals.

Harry captions a photo of a distraught Meghan with the words, “No one sees what’s happening behind closed doors,” before explaining that he did what he could to protect his family. Further, into the video, Meghan says to the camera, “When the stakes are this great, doesn’t it make sense to hear our story from us?” Harry and Meghan Documentary Netflix Release Date.

Who Directed ‘Harry And Meghan’?

It seems that Harry and Meghan and the show’s initial director, Garrett Bradley, had creative issues. A source close to OK reported, “Garrett wanted Harry and Meghan to film at home, and they were not happy with that.” “They had some heated exchanges, and Garrett eventually quit the project.”

Liz Garbus, whose previous credits include What Happened, Miss Simone? (2015) and Love, Marilyn (2012), has taken over after his departure. Meghan opened up to Variety about her time spent in the company of Garbus.

Even though it may not be told in the way we would have liked, she says, “it’s good to be able to trust someone with our story—a seasoned director whose work I’ve long loved.” However, that’s not the reason we’re sharing it. We’re letting someone else tell our tale, and their perspective will be imposed on it. Harry and Meghan Documentary Netflix Release Date.