Who Is Rowan In Wednesday: Prophecy Becomes Cause For Concern? 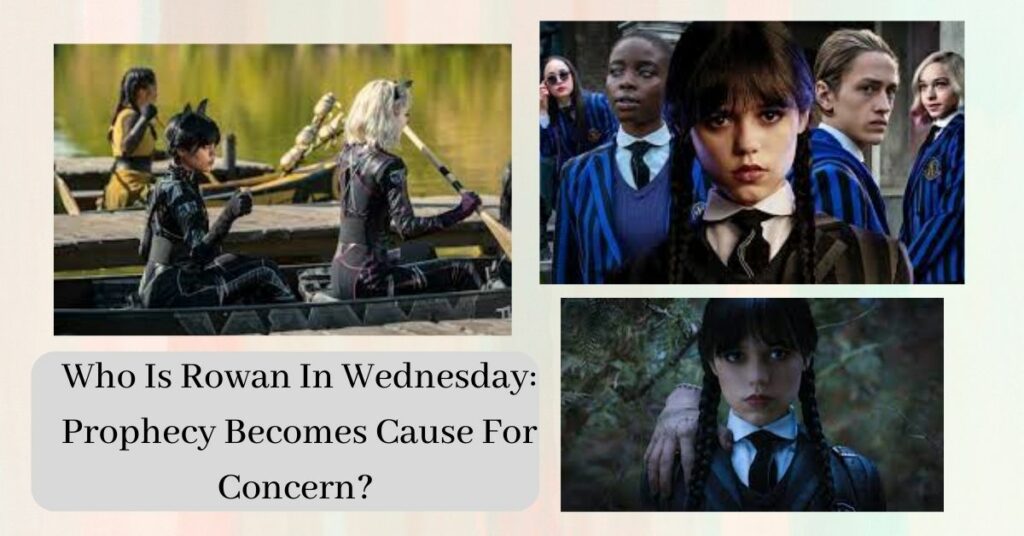 Based on the pilot episode, it seems like Rowan (Calum Ross) will be the main antagonist of Wednesday on Netflix. However, episode 1’s last moments proved different. We finally seem to be making progress in our investigation of the creature tormenting Jericho, but then something unexpected happens. Episode 2 airs on Wednesday, so stay tuned to find out what happens next! In this article, we will discuss who is rowan in Wednesday and many other things related to it.

At the end of the first episode on Wednesday, Rowan is supposedly dead. Given that an unidentified entity has ripped open his chest, that seems like a reasonable assessment. Wednesday’s (Jenna Ortega) life was spared by the monster since Rowan had planned to kill her to carry out a prophecy. But Wednesday is still curious as to what prompted Rowan to attack her.

She seems to have the opportunity to ask Rowan directly in the first five minutes of the second episode, as he appears to be in good health. It becomes more challenging for her to do so, however, when he is swiftly ejected from Nevermore Academy. Nonetheless, Rowan isn’t permanently gone, so answers may still be forthcoming on Wednesday.

Wednesday And Bianca Face Off In Nevermore Academy’s Poe Cup

Nevermore’s Edgar Allan Poe Cup is a nuisance to Wednesday at first. Wednesday initially refuses to assist Enid (Emma Myers) in the competition but eventually changes her mind after learning that by doing so, she can humiliate Bianca (Joy Sunday). Bianca recruits her siren pals to destroy the other boats in a canoe/footrace where anything goes. This is a game for two, though, and Wednesday showed up ready to play. She leads her crew to victory with the aid of Thing and some ingenious canoe machinery, but not before she has yet another vision. who is rowan in Wednesday?

Wednesday Has More Visions In Episode 2

Wednesday sees a ghostly reflection of herself that says, “You are the key,” as she retrieves her flag from the Crackstone Crypt. To what extent this relates to the prophecy Rowan is trying to fulfill is yet unknown. Finding Rowan’s glasses in the woods gave Wednesday another vision. She watches as he fights with his roommate Xavier Thorpe (Percy Hynes White), and she also witnesses Rowan stealing the book with the odd watermarks that carry the prophecy.

Who Is Rowan In Wednesday His Uncover Secret

Wednesday may not appreciate Thing’s efforts, but that doesn’t stop Thing from doing what he does best: sabotaging canoe races and looking into the mystery of Rowan. While on Thing’s assignment, we learn that Rowan can assume other forms… or can he? who is rowan in Wednesday.

Wednesday told Thing that Rowan’s vision had her terrified that she may act terribly. She decides to prepare herself by learning all she can about Rowan, the prophecy, and the unknown watermark. Ms. Thornhill (Christina Ricci) tells Wednesday that this watermark is the insignia of a defunct student organization known as The Nightshades. Then Wednesday sees that the statue of Edgar Allan Poe is carrying a book bearing the same sign.

She deciphers the poem, which cleverly alludes to The Addams Family by instructing her to snap twice. Wednesday eventually finds the secret library where Rowan concealed the book behind the statue. Wednesday is kidnapped before she can learn more, and the program ends before she can save herself. who is rowan in Wednesday?