Fans of Neil Gaiman’s comic series The Sandman are hopeful the Netflix adaptation will continue the plot begun there. The Sandman has not been renewed for a second season by the streaming service as of this writing.

Season 1 ends on a cliffhanger, although the story of Dream (Tom Sturridge) is set up for further episodes in the future. A second season is being considered, and the authors are hard at work on it.

Will There Be A Second Season Of “The Sandman?” There Has Been No Official Word From Netflix.

The Sandman, an adaptation of Neil Gaiman’s comics, debuted on Netflix on August 5 and has been in the service’s Top 10 TV series for days. That bodes well for the prospect of a new instalment in the fantasy saga.

As of this writing, however, Netflix has not approved a second season of The Sandman. Before deciding whether or not to keep a show going, the streaming service will often wait for the ratings to come in. The method used to decide whether a show will be renewed or cancelled is murky at best. However, there won’t be any news about season 2 for at least a few more weeks, if not longer.

Season 2 Of ‘The Sandman’ Has Commenced Production Writing.

The Sandman Season 2 on Netflix has not been officially announced, but production on the next round of episodes is already under way. That much was revealed by executive producer David S. Goyer in an interview with Den of Geek, who also learned that work on Season 4 had already begun.

Showrunner Allan Heinberg said in an interview with Rolling Stone that the writers’ room had begun working on a potential second season, echoing Goyer’s earlier comments.

How About Season 2 Of The Sandman?

While a renewal for season two of The Sandman has not been announced as of yet, that could change in the near future. They leave off on a cliffhanger at the end of the first season and work hard to adapt the rest of the comics. There are a number of variables at play, the most crucial of which are the show’s performance on Netflix in terms of both the number of viewers who begin watching and the proportion who subsequently give up and never return.

Many will undoubtedly draw parallels between Show and two other outstanding upcoming fantasy shows, House of Dragon on HBO Max and The Lord of the Rings: Rings of Power on Amazon Prime.

Currently, we have no information regarding the show’s performance on Netflix; however, we will be updating this site with top 10 data, hourly data, and more in the near future. As for when we might see an announcement for Season 2, it could be in September. Then, on September 24, Netflix will host its second TUDUM event. Check out the second season.

When Will “The Sandman” Season Two Be Available To Watch?

Season 1 of The Sandman has just arrived on Netflix, so we’re eager to learn more about the upcoming second season. Netflix often watches how well a show does in the marketplace before making a decision on whether or not to renew it.

In an interview with the Radio Times, series creator Neil Gaiman confirmed that he is already contemplating a potential second season of the show. We (showrunner Allan Heinberg, David Goyer, and myself) have just finished writing the pilot episode, after having planned and broken down the first two seasons. The Sandman season 2 could premiere in the middle of 2023 if the show is renewed soon.

Exactly, the possibility of a further Sandman episode has fans going wild. There’s no truth to this at all; it’s merely a rumour. When Netflix’s first press release was produced, they stated that there would be 11 episodes.

The announcement was made in 2019, thus it’s possible that things have changed since the press release was issued. While the exact plot of the programme has yet to be revealed, author Neil Gaiman has teased on Twitter that it may adapt Erasmus Fry’s “Here Comes a Candle,” one of the short stories in the Dreamland arc book.

In the story, Calliope, one of the nine muses in Greek mythology, is caught by Fry, a struggling writer. He holds her imprisoned for decades and uses her powers. as a muse who inspires her to write Bestselling Novels Here Comes a Candle is one such book that Gaiman is now reading:

Episode Synopsis For Season 2 Of The Sandman

Do you recall the fourth episode, where Morpheus is taken to Lucifer and discovers his ex-lover Nada locked up in Hell? This subplot lasted all of a minute and was never brought up again during the first season. And yet, this sequence sets up a plot that will undoubtedly be explored in the upcoming second season. The city of Nada, the protagonist of “Tales Within the Sand,” is located in Africa. That she would fall in love was not something she had any say in.

However, after a brief encounter with a stranger, she finds herself hopelessly in love with him. However, he discovers that the man has vanished the following morning, prompting a search. Nada has at last found the man she’s been looking for. The sequel is called Dream of the Endless, and he loves her, too. Sun destroys Nada’s crystal city after witnessing Dream’s love for a human.

Due to his overwhelming sense of shame, Nada takes his own life and passes on to the hereafter. Morpheus welcomes her and offers to make her his queen, but she turns him down. She will spend all of eternity in purgatory, according to his judgement. Love ultimately ends tragically in Tales in the Sand. This is not Dream’s first heartbreak, either. When it comes to romantic relationships, he’s terrible. The Season of Mists plotline will dominate Season 2.

This comic book classic is set in motion by a reunion that lasts forever. Except for Destruction, who is a completely different story, this will be the first time we’ve seen everyone in the family together. Remember that we’ve only encountered four of the seven infinities so far: dream (Tom Sturridge), death (Kirby Howell-Baptiste), desire (Mason Alexander Park), and despair (James McAvoy) (Donna Preston).

Desire’s abuse to his ex-lover Nada, whom he condemned to eternal damnation, is on full display during this meeting. After much futile effort, he finally gives up and makes the journey to Hell in an attempt to rescue her. But when he gets there, he finds that the underworld is deserted. As it turns out, Lucifer became tired of ruling Hell and eventually left, leaving Dream in charge.

Of course, Morpheus rules over his own realm and not hell. Thus, in The Dreaming, he encounters a wide variety of eternal entities, all of whom are fighting for the position of king of Hell. It makes sense that the second season would also be split between two volumes, like the first did. same. Then we can expect an updated version of “A Game of You.”

In the first season, Barbie lives in Hal’s apartment, and her narrative continues here. We see her in the role of a princess in her own little Labyrinth-like fantasy world called The Land on the show. As shown in A Doll’s House, she has a canine-like pet named Martin who is both clever and observant. A skeletal count of ten. There’s a little of everything in this book, from anthropomorphic animals to a talking severed head. There doesn’t seem to be any downside.

As In, Where Can I Find A Theatre Showing The Sandman?

Release date for the first episode of The Sandman on Netflix: August 5, 2022. In June of 2021, the streaming service announced that it would adapt Neil Gaiman’s graphic novel.

Members Of Season 2 Of “The Sandman” Cast 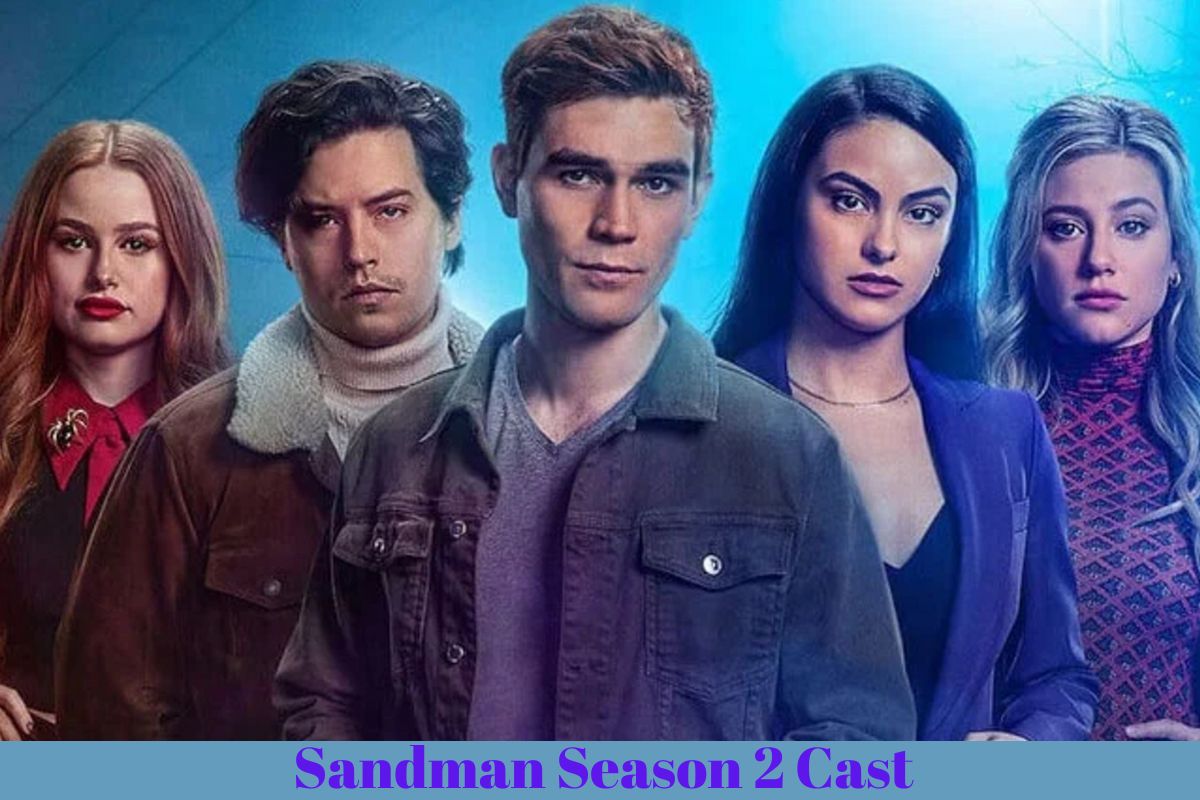 Season 2 Teaser For “The Sandman”

There is currently no trailer for Season 2 of The Sandman, but that could change in the coming weeks. Watch the first season of The Sandman’s trailer while you wait.

For More Information Like This, Do Visit Our site-www.newsconduct.com