Makoto Shinkai is one of the most anticipated anime directors working today. After a series of romantic films that won acclaim for their photorealistic visuals, bold colours, and enchanted plots, anticipation is high for his upcoming film.

View the trailer, read about the story, and meet the cast of Suzume no Tojimari, about which you can find all the information you need right here.

What We Know Of The Plot Of Suzume No Tojimari

There is currently no public summary of events for Suzume no Tojimari. Yet the premise has been hinted at several times, allowing us to piece together what little we do know. The protagonist of this tale is Suzume, a rural Japanese teenager who is asked by a mysterious young man to assist him in his search for a door. Suzume is naturally drawn to the door when they find it, and upon opening it, she finds herself in a mysterious new world.

When Suzume does something, it sets off a chain reaction that results in more doors appearing all over Japan and leads to a wide variety of anomalies and catastrophes. Suzume and the young man must locate all the exits and seal them before it’s too late.

In interviews, Makoto Shinkai has said that one of the themes of Suzume no Tojimari is the feeling of powerlessness in the face of the events transpiring around us. The post-apocalyptic theme is expected to play a significant role in the film as Suzume and the other characters struggle to adapt to their new reality.

What Connections, If Any, Will There Be Between Your Name And Previous Films Directed By Makoto Shinkai, Including Suzume No Tojimari?

When a new Makoto Shinkai movie comes out, fans always wonder if it will have any connections to his other works. While there is no hard evidence to the contrary, this seems unlikely.

Each of Makoto Shinkai’s stories features his playful experimentation with a new set of universal laws. In interviews for his DVDs, he has said that the distance between characters in each of his films—whether it be physical distance in Voices of a Distant Star, the passage of time in The Garden of Words, or the passage of life in Your Name—is handled differently.

Thus, while it seems like his stories should fit together into one universe, doing so is quite difficult to see working.
However, in recent films, Makoto has hinted at ties between his works. The characters in Weathering with You and Your Name were linked in some way.

Although it is likely that Suzume no Tojimari takes place in an alternate reality, it is possible that references to the similarly apocalyptic film Weathering With You will make an appearance.

When Will The English-Language Version Of Suzume No Tojimari Be Available?

In 2023, Suzume no Tojimari will finally make its way to movie theatres around the world. The release date in Japan is set for November of 2022. Crunchyroll and Sony Pictures Entertainment, both owned by Sony, have announced that they will distribute the film together internationally beginning in 2023.

The release date for Suzume no Tojimari in the United States, United Kingdom, or anywhere else has not yet been announced.

When it comes to releasing Makoto Shinkai’s new film in North America, Crunchyroll will be operating independently from Sony Picture Entertainment. However, that doesn’t mean you can expect to see it on Netflix or Hulu anytime soon.

Before their current partnership, Crunchyroll and Funimation collaborated on the international distribution of the anime film Jujutsu Kaisen 0.

What Roles Do Each Of The Major Characters Play In Suzume No Tojimari? 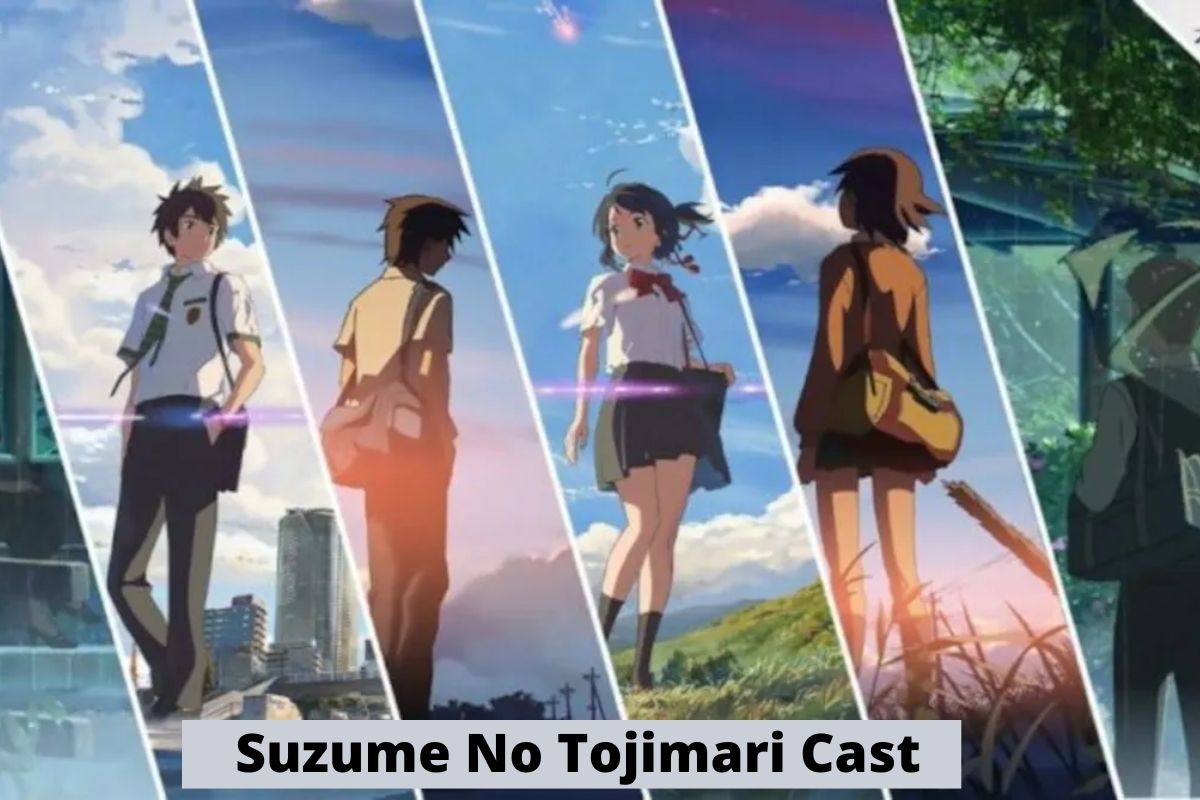 Once again, we don’t know a whole lot about the protagonists and antagonists of Suzume no Tojimari. Even so, we can assemble the principal players from the clues we have so far. Suzume Iwato, the film’s namesake, will play the lead role. She is a high school senior in Kyushu, the southernmost island of Japan, but little else is known about her.

If the plot takes her all over Japan, Kyushu could be a convenient hub. The island’s natural scenery has made it a popular domestic tourist destination.

An unidentified young man with long hair and a white lab coat will also play a significant role. Although it hasn’t been confirmed, he’s the one who will know everything there is to know about the doors, and thus set in motion Suzume’s journey. This first trailer makes it seem like Suzume’s family, especially her guardian, will play a role in the story as well.

In Suzume no Tojimari, we get anthropomorphic characters in addition to the usual fare of Makoto Shinkai’s humanoid robots. It seems like Suzume and the audience will get some much-needed emotional support and some laughs from the chair and cat.

Makoto Shinkai’s newest film, Suzume no Tojimari, has a stunning trailer full of sci-fi mystery and suspense. When it debuts in theatres around the world early next year, we expect exciting things!

For More Information Like This, Do Visit Our Site-www.newsconduct.com

Previous articleSerena Williams Net Worth 2022:Who Is Richer Venus Or Serena?
Next articleFamke Janssen How She Looks After Plastic Surgery?