Games are an infectious breed and affect gamers in ways unimaginable. The definition and meaning of games are constantly changing, thanks to technology. From basic game-box to games which you can live and feel, the industry has drastically changed. The gaming industry is one of the highest-grossing industries in the world and is a multi-billion-dollar industry.

The resolution and gameplay of the games of this era are just out of this world. The games of today make the gamer forget the difference between reel and real. One such game, that is full of adventure is Star The Ocean Divine Force.

The game is just around the corner, and we cannot keep calm. Star ocean the divine force will release on Xbox one, Xbox X S. The gamers are already anxious about the release, and want every information on the game.

The game will be available to gamers both in physical form and in digital form. It has also come to our knowledge that the game will have a digital deluxe edition, that will feature a soundtrack. The soundtrack is composed specifically for the game, and it will make the game more engaging.

The game features two main characters, and you choose between the two to play the game. The change in character is extended to change in the character’s journey in the game. Each character will have its own story to tell, and the gamer will face different challenges with each character.

Star ocean the divine force has things changed, the Pangalactic Federation has become the new evil force. In the earlier season, we saw that the federation was the symbol of peace, but now it is the planet-destroying force. Pangalactic federation single-handedly has taken over many planets by crushing every voice raised against their will.

The story of the game will revolve around Captain Raymond Lawrence, captain of a commercial vessel named Yes. He is on his journey to deliver a package from one planet to other, but his journey comes to a halt after an accident. His ship is shot down by the Pangalactic battleship named Astoria. Captain crash lands on an unknown planet called Aster IV.

Captain faces hellfire from the planetary forces and its wildlife, but he is saved by one Laeticia Aucerius. She is the princess of the kingdom of Aucerius, which is one of the biggest territories. The two of them begin a journey to save the threat looming over their planet. The main villains of the game are the neighbors of Aucerius and obviously the Pangalactic federation.

The game is based on a rescue and saving mission, the two heroes, Captain, and the princess embark on a dangerous journey. The mission is full of interesting impediments and levels. The complete gameplay will change on your choice of character. The allies, ways, events, and other elements will depend on your choice between Raymond and Laeticia.

Both characters have interesting gameplay to offer, and you will enjoy every bit of it. The game will polish your political and combat skills. The characters of the game traverse through the ground, and can also fly in the sky according to their needs.

The date has been set!#StarOcean The Divine Force launches on PS5, PS4, Xbox Series X/S, Xbox One and Steam on October 27, 2022. pic.twitter.com/tFr8HqzGMX

The flying experience is just out of this world, you will be like a superhero straight out of a movie. The resolution and the finesse of the game are extraordinary. Apart from the looming enemies, you will also face the threats of the planet. The fly zone is also restricted and is full of dangerous zones. 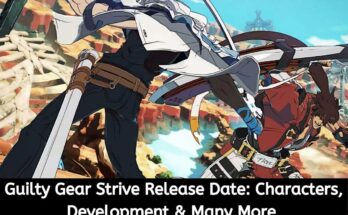