What Is A Squid Kid?

Stardew Valley is home to a slew of dangerous species, one of which is a Squid baby. Pink balls with faces on them are what they appear to be at first glance. Fast-moving NPCs known as “Squid Kids” can launch fireballs that bounce off walls and upset gamers. Their fireball blasts also do massive damage.

Squid Kid adversaries, on the other hand, are some of the simplest to take down in the game. They are extremely agile and are easily dispatched by a single blow from a weapon. This is because their starting HP is a meager one. Fireballs from the Squid Kids can also be put out in one shot.

When defeated, Squid Kids grant 15 experience points and have a good possibility of dropping Solar Essence, making them a highly sought-after and difficult-to-locate species in the game. Squid ink, bombs, giant bombs, and Dwarf Scrolls 3 and 4 are all possible drops, as are gold bars.

Where To Find Squid Kids in Stardew Valley?

Stardew Valley’s deeper mines are home to Squid Kids. Between mining levels 80 and 120, they are most usually encountered. Squid Kids have extremely rare drops, such as diamonds and prismatic shards, when they are slain near the bottom of Mines. This is a crucial fact to know about Squid Kids. 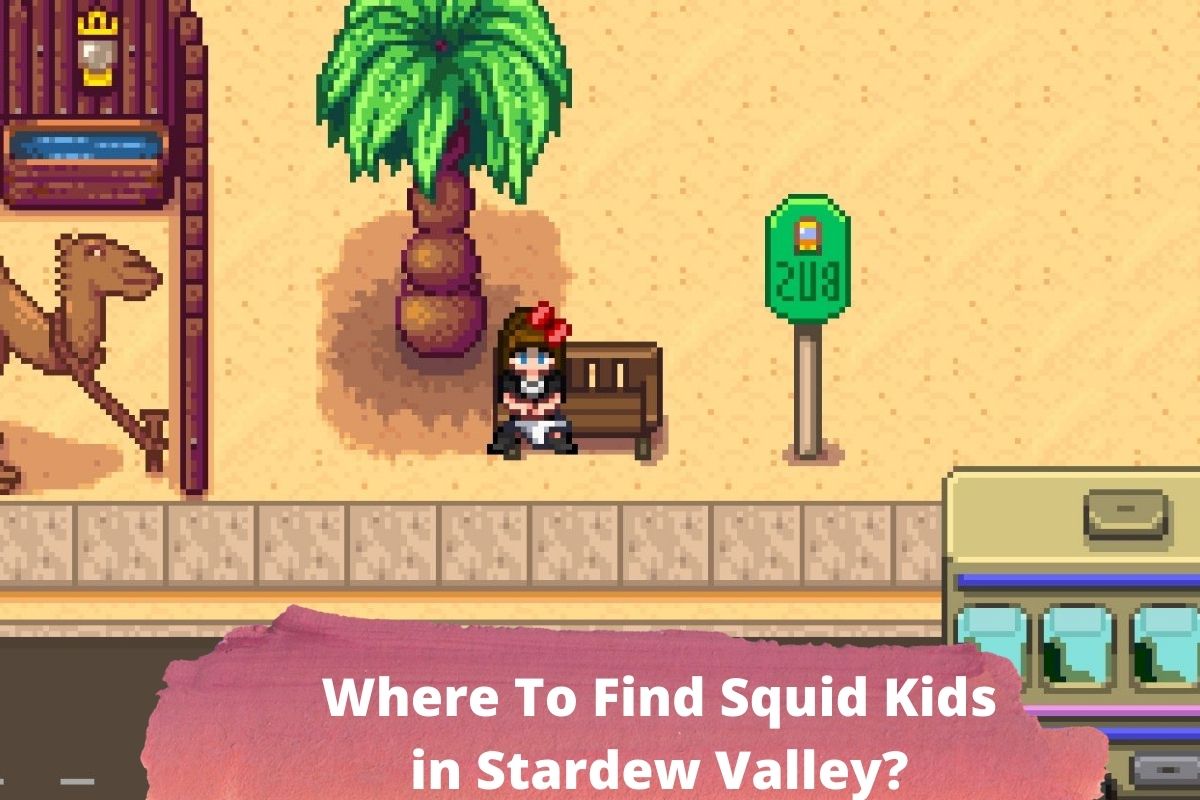 The game may be played on a wide range of devices, including Windows, Android, iOS, Nintendo Switch, PlayStation 4, Xbox One, and many more.

Only the squid babies can be found in the mines, as I recall saying earlier. From the 80th to the 120th floor, they appear. Beyond those floors, there are no more of these monsters.

How To Defeat The Squid Kid in Stardew Valley?

When it comes to the classic Squid Kid, it’s a piece of cake. Despite its irregular mobility and relentless pursuit of you as you make your way through the mines, it is extremely vulnerable. A one-health monster should die and drop some loot as long as you strike it with any weapon. The Squid Kid, on the other hand, is a different matter entirely.

With a starting HP of 250, this version of the opponent will take a lot of hits to take down. You’ll have to avoid the Squid Kid’s fireballs as you search for it in the mines, as he also shoots them at you. The slingshot can take out the fireballs, but a sword’s blocking feature will not be able to stop them. As the fireballs keep ricocheting off the walls, you’ll have to either dodge or destroy them to progress.

i’m still laughing at this @UnsurpassableZ (am wanheda btw) pic.twitter.com/3vJGQtpNfi

While battling this foe, you may find that a slingshot comes in quite handy for keeping a safe distance from it. Dwarf scrolls, gold bars, giant bombs, and solar essence are just some of the items that may be found by defeating these adversaries. If you’ve already made it to the bottom of the mines, you’ll also find a diamond or prismatic shard.