Wordle is a tale of how something made out of love can make its mark globally, even though it is simple. Some sites have described it as the present internet sensation, some as highly addictive and simple, while some have even described it as a love story.

Josh Wardle, the father & creator of Wordle, is a software engineer based out of Brooklyn. Last year during the omicron widespread, Josh made this game just for his partner as she loved word games.

He called it Wordle as a play on his surname. After a while, Josh introduced Wordle to his family, and in no time, the whole family was charmed by the game, and it became an obsession in the family Whatsapp group. Mr. Wardle saw this and thought it could be something big, so he released it in October of last year, and the rest is history.

As the reports suggest, 90 people played Wordle on 1st November 2021.

Cut to December (two months later), more than 300,000 people had played the game. Worlde has seen some swift rise and is almost identical to the game from 1995, Jotto. In the game, you would have to guess a five-letter word, and the game tells whether any of the letters that you selected are in the game and also are they in the right place or not.

Few prominent internet corners are as uncomplicated as Mr. Wardle’s website, which he built as a side project. Josh stated in a recent interview that Wordle is not attempting to do anything shady with your data. It is just a game made with a love for fun.

This isn’t the first time Mr. Josh Wardle’s creation has gotten a lot of attention. As a former employee for Reddit, he and a team of software engineers created two collaborative social experiments called The Button and Place, each of which was a phenomenon in its own right.

But this time, he created a social phenomenon of the same magnitude on his own.

This game has become something to keep an eye out for on a daily basis (it is based on a once-a-day game model). Are you also interested in Wordle and want to know more about this game? If so, read the entire article to learn everything there is to know about the game, its gameplay, and where you can play it.

You may also like: Breath of the Wild 2 Release Date, Pre-orders, Screenshots, and Videos: All You Need to Know

Wordle is a full-fledged web-based word game created by software engineer Josh Wardle for his partner Palak Shah. Josh released Wordle to the world in mid-October 2021, and the game was becoming very popular with time. By December 2021, it had become a viral internet sensation.

The game explains its rules when you load it for the first time. Each player gets six attempts to guess a five-letter word with colored tiles indicating when letters match or occupy the correct position providing feedback for each guess.

Mr. Wardle claims he first developed a similar prototype in 2013, but his friends were unimpressed, so he abandoned the idea. He and Ms. Shah “got really into” the New York Times Spelling Bee and the daily crossword in 2020, so he “wanted to come up with a game that she would enjoy,” he said.

By mid-December, Wordle provided the ability to players to share their daily results as squares of emoji, and it went viral on Twitter.

The rules for playing Wordle are pretty straightforward, and they are displayed on a pop-up when you load the game for the first time.

So in Wordle, you have to get a secret five-letter word, and you get six attempts to solve it.

And the rules are as follows:

Why Is Wordle So Popular?

Wordle is a very simple game, but it has been trending on Twitter for a few months, and everyone is eager to discover the secret sauce behind this game’s popularity.

You may also like: Does Anyone Know If Pam and Tommy Season 2 Has Been Renewed Or Is It All Just Conjecture?

As we all know, the game is based on a once-a-day model, and this limitation imposed on players instilled in them a strong sense of scarcity.

According to Josh (the creator & developer of Wordle), this model to generate this sense of scarcity in the player’s mind was partially inspired by the Spell Bee of the daily newspaper, which leaves people wanting more.

Nonetheless, you can always turn to play this game or, at the very least, give it a shot because it is free to play. So go on New York Times website and brag about your winnings to your friends. 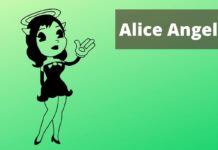