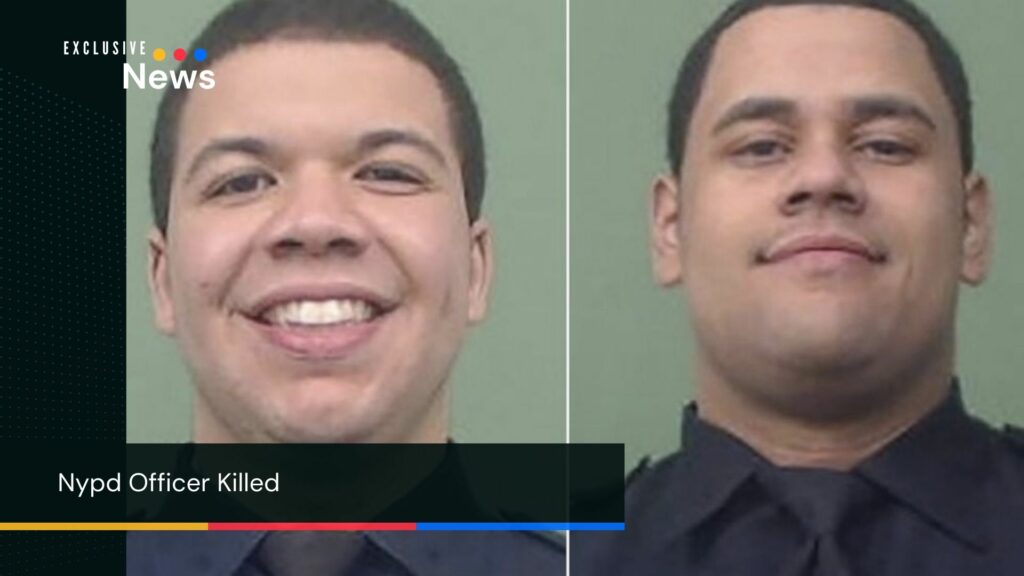 Recently, more and more Americans are getting their hands on armed weapons. This has led to several incidents of misuse and unfortunate deaths.

The same was the case in a domestic incident where an NYPD officer responding to the case was killed while another officer sustained severe injuries.

On Friday at 6:15 a.m, 911 received a call from a woman complaining about a serious argument with one of her sons in her apartment in Harlem. Three NYPD officers were sent to the apartment to resolve the issue.

The officers interacted with the mother and one of her other sons. They guided the officers to the corner room in the apartment’s back where the suspect was present.

“The door swings open and numerous shots are fired, striking both officers — one fatally and one is here at Harlem Hospital in critical condition,” informed the NYPD Chief of Detectives James Essig.

The third officer had to shoot the suspect in the arm and head as he tried to escape.

Additionally, rumors of civilian death in the incident arose. However, we have received official news that this statement is incorrect.

The fate of the Three NYPD Officers

Jason Rivera was one of the officers responding to the 911 complaint. He was shot in the line of duty.

“We mourn the loss of a hero officer — a son, husband, and friend. Only 22 years old, Police Officer Jason Rivera was murdered in the line of duty.”

Wilbert Mora was the other officer who was seriously injured. He had to undergo surgery.

Lashawn McNeil, a 47-year-old NYPD officer, also responded to the case. He shot the suspect and received critical injuries.

Since 9/11, crime and terrorist activities have gone down. However, they’ve started to peak since last year. More law enforcement officers were killed in 2021 than in any other year since September 11, 2001.

The number of officers killed last year in the line of duty is 73! This information was revealed to the N by the FBI.

According to the reports, 55 officers were killed in shootings from the start of 2021 to November 2021. This is considerably higher than the 39 killings in 2020 and 2019 for the same time frame.

The mayor, Eric Adams, went to Harlem Hospital to console the victims. He believes the shootings are a part of a plan to harm children and families.

“I lost my fellow officers in the line of duty. I remember my mother’s fear for her sons when we went to work every day. Tonight, we lost a 22-year-old son, husband, and police officer. Another is fighting for his life. Our hearts go out to their families,” tweeted the mayor.

He also said,” Let me be clear, there are no gun manufacturers in New York City. We don’t make guns here. How are we removing thousands of guns off the street and they still find a way into New York City in the hands of people who are killers?”

Mayor Adams was a police captain in the past. Upon being elected as mayor a month ago, he said he will protect NYC from becoming “a city of disorder.”

“Mission one is to deal with the gun violence in our city,” he said when he was inaugurated. “You don’t start bringing in the new year with bringing in violence; it’s unacceptable.”

New Kirby and the Forgotten Land: Will It Ever Going to Happen?

Police Commissioner Keechant Sewell hired by Adam termed the incident as “ beyond comprehension.” She further added, “Please pray for our officer that lies in his hospital bed fighting for his life. And every single day appreciates the valor and sacrifice of the men and women of the NYPD.”

Police told the public about the weapon used in the shooting. It was a Glock 45 that holds 40 additional rounds. It also had a high-capacity magazine.

The gun was a stolen firearm from 2017 in Baltimore. The NYPD has teamed up with the Bureau of Alcohol, Tobacco, Firearms, and Explosives and Joint Firearms Task Force to trace it.

“We have four times this month rushed to the scene of NYPD officers shot by violent criminals in possession of deadly, illegal guns,” said Sewell on Friday night.

“We need Washington to join us and act now to stop the flow of guns in New York City and cities like New York,” the mayor said as he asked for help from other leaders. “We’re all witnesses.”

President Joe Biden and Other Officers

President Joe Biden took notice of the incident. He tweeted on his Twitter saying he and his wife are “keeping them and their families in our prayers.”

“Officers put on the badge and head into harm’s way every day,” praised the President. “We’re grateful to them and their families for their extraordinary sacrifice.”

Attorney General Merrick Garland also expressed his sorrow upon hearing the incident. He reached out to Sewell to tell her that the Justice Department and FBI are happy to lend a helping hand.

“ It has to stop,” said the New York FBI office on Twitter. All of our hero officers deserve to come home – always.”