After an enthralling and thrilling season 1, Paramount pictures is all to present you Season 2 of Star Trek: Picard in March. Yes, Folks, You have heard it correctly.

The second season of the series will focus on the life of Jean-Luc Picard, who will try to save the future after the timeline disturbs. Star Trek: Picard has a huge fans base, and the creators have renewed the series for a second helping even before the release of Season 1.

The first season comprised ten episodes, and it received a positive response from the fans and the critics. The first season of the series received a decent IMDB rating of 7.5 out of 10. Critics praised the performance of Patrick Stewart but criticized the slow pace of the show. Now, the second season is coming, and Patrick Stewart will reprise his role of Jean-Luc Picard to give a power-packed performance again.

CBS Studios along with Roddenberry Entertainment, Secret Hideout Akiva Goldsman, and Terry Matalas have produced Star Trek: Picard Season 2. Chabon and Goldsman was the showrunner for the first season. However, Terry Matalas will take the position for not only the second but also for the third season.

Yes, Folks! The third season is in development. CBS Studio had unofficially renewed seasons 2 and 3 together in 2020 and planned to do the filming of the same back to back. Well, CBS studio has achieved its aim as the shooting for season 3 has begun.

The shooting of season 3 has begun just after the wrapping of Season 2.

Well, here is everything you need to know about Picard Season 2. 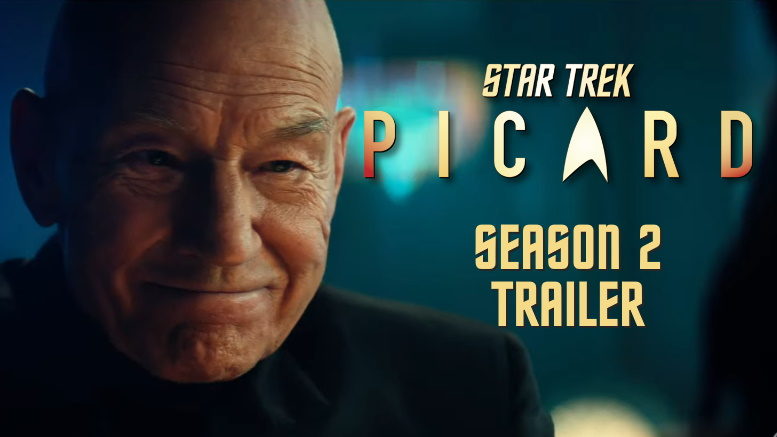 Paramount Pictures had renewed Picard Season 2 in January 2020. Since the announcement, two years have passed, and fans are still waiting for the second instalment.

Season 2 took almost two years to arrive due to the global pandemic of coronavirus. As the shooting for season 3 has begun, we hope that the viewers will get season 3 just after season 2.

If things don’t go south, season 2 and season 3 might premiere back to back.

Well, the above is just an assumption. We have to wait for the official confirmation.

As of now, mark your calendar for March 3, 2022, to watch Picard Season 2. We will update you about season 3 once we get any official confirmation.

Michael Chabon will act as writer and producer of the series and Terry Matalas will serve as the showrunner. Jonathan Frakes has directed the first two episodes of the next season.

CBS Studios has revealed the main cast of the series. The following characters will reprise their respective roles in Picard season 2-

Well, the trailer of Star Terk: Picard Season 2 has given us a sneak peek of the series. The trailer substantially gives an idea about what will happen next.

Like season 1, the upcoming season will also focus on the life of Jean-Luc Picard. The next chapter of his life will begin in Season 2. From the trailer, it is clear that Jean-Luc Picard and his comrades will try to save the future. The team has to travel to the past to protect to achieve the said purpose. But, what will happen when Picard faces his replica, who is sitting at the head of that administration.

Wow! fans are going to get some spicy space action. So, gear up fans for the dramatic space battle.

Further, the trailer suggests that we will explore the broken timeline. That means the situation has changed for everyone, and the heroes will try to align the same. There are rumors that Dahj and Soji will have entirely distinct fates in the timeline.

Later, in the trailer, Seven woke up and, confused to see the missing Borg implant on her face. That means in the said timeline, she would not be supposed to Borg drone.

During an interview with Variety, Michael Chabon said, that the upcoming season would be slow-paced and would more focus on the development of characters.

During an interview with  Gold Derby, Patrick Steward said that the show would dig into unexplored destinations in the Star Trek universe.

He further added that the upcoming season would also concentrate on the relationship between Picard and Q.

Whatever happens, it is sure that we will be getting a lot of space adventure.