“Amazon Prime studio has revealed the title of the first series of The Lord Of The Rings to be The Lord of the Rings: The Rings of Power via short .”

The Lord of the Rings: The Rings of Power is a forthcoming American action, adventure, and fantasy tv series based on the stories of the famous English author and novelist, J. R. R. Tolkien.

The events of the series will show the Second Age of Middle-earth, the story of the events mentioned in The Hobbit and The Lord of the Rings novels.

The production of the series began in 2018, and official filming started in February 2020. However, due to coronavirus’s global pandemic, the shooting got halted several times. However, Amazon has announced the wrapping up of the shooting on August 2, 2021.

Fortunately, the studio has announced the official release date. However, a long waiting period is ahead before we finally see the series.

“Jean-Luc Picard is coming to knock on your doors in March.”

The movie is in the post-production stage, and the studio has revealed a few intriguing details about the upcoming series. So, read till the end to gather every detail about the forthcoming series.

The Lord Of The Rings Release Date 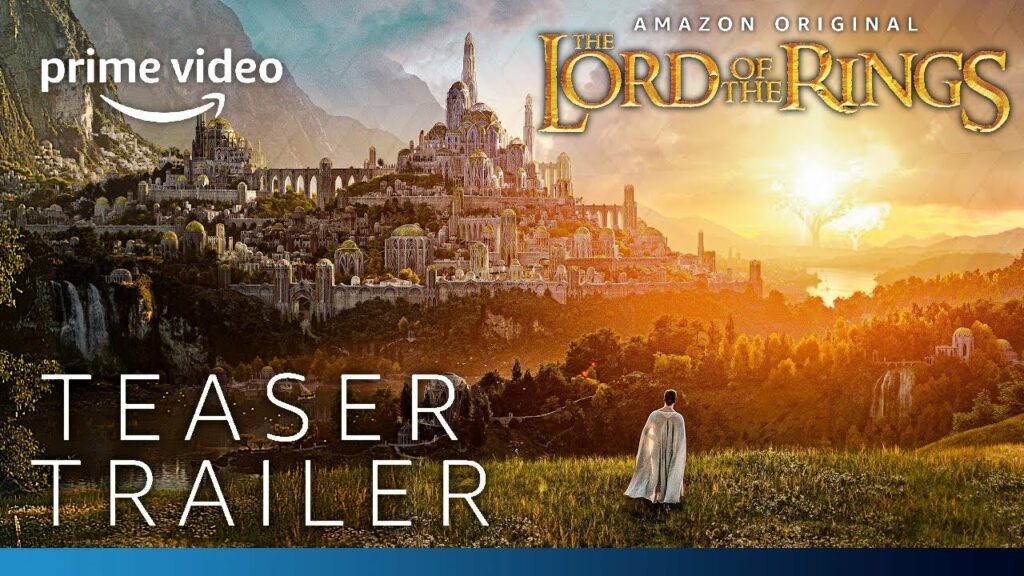 Though Amazon is yet to release an official trailer, the studio has announced the official release date for  The Lord of the Rings: The Rings of Power.

Amazon has announced the wrapping up of the series in August 2021 via releasing a picture. Amazon had announced the release date as well, with the post, which is set to September 2, 2022.

The Lord Of The Rings Cast

Amazon Prime studio has announced the whole cast of The Lord of the Rings: The Rings of Power in July 2021. However, the role of each cast member is not clear so far. But, according to the sources, Morfydd Clark (who will play the role of young Galadriel, Simon Merrells will play the role of Trevyn. Lenny Henry will play a Harfoot – but the character’s name is still behind the curtains.

The role of the characters is yet to be revealed.

The Lord Of The Rings Plot

The series will take place at the Second Age of Middle-earth timeline. The show will take you to three thousand years back from the timeline of The Hobbit and The Lord of the Rings (Third age). Tolkien’s story collection titled The Silmarillion happens during Second Age.

Though Amazon studios have paid a lot to acquire the television rights of The Lord of Rings,  Tolkien has imposed restrictions to use the story of the Second Age only.

The Lord of the Rings is only allowed during the Second Age, and the studio can not go beyond it. The series can fill in the gaps between significant events in The Silmarillion that Tolkien does not mention.

The official synopsis of the series is read as under:

“Prime Video’s The Lord of the Rings: The Rings of Power brings to screens for the very first time the heroic legends of the fabled Second Age of Middle-earth’s history. This epic drama is set thousands of years before the events of J.R.R. Tolkien’s The Hobbit and The Lord of the Rings. It will take viewers back to an era in which great powers were forged, kingdoms rose to glory and fell to ruin, unlikely heroes were tested, hope hung by the finest of threads, and the greatest villain that ever flowed from Tolkien’s pen threatened to cover all the world in darkness. Beginning in a time of relative peace, the series follows an ensemble cast of familiar and new characters as they confront the long-feared re-emergence of evil to Middle-earth. From the darkest depths of the Misty Mountains to the majestic forests of the elf-capital of Lindon, to the breathtaking island kingdom of Númenor, to the furthest reaches of the map, these kingdoms and characters will carve out legacies that live on long after they are gone.”

The Lord Of The Rings Trailer

We can not say it is a trailer, but Amazon prime video has released a clip on January 19 revealing the show’s official title.

Surprisingly, the video was not created using computer graphics.

According to the report on IGN, the whole clip was built and shot with a tiny crew. They capture the genuinely magical moment through the Phantom Flex 4K camera.

Enjoy the clip till the arrival of the official trailer.

We hope that the official trailer will hit the screen soon.

The Lord Of The Rings Future

Well, the Amazon Prime Studio had planned to go ahead with the series when the studio purchased the tv streaming rights for The Lord of the Rings in 2017 for US$250 million. The Amazon studio has the contract of creating five seasons of the series. Though the studio has not officially given thumbs up to all the seasons in one go, it has ordered formally season 2 in November 2019.

Amazon has also officially announced that season 2 will take place in the United Kingdom.

So the future of the series seems bright.