After simmering tensions between studios and one of the biggest unions in the industry that threatened potential strike action last month, IATSE has ratified a new union contract after months of negotiations.

But the vote also exposes just how divided IATSE’s members were over the new deal, which critics say doesn’t go far enough in protecting workers on set. Variety reports that the new deal which provides 54-hour weekend rest periods.

A minimum of 10-hour turnarounds between shifts for all members, a 3% annual raise with increased pay for lowest-paid union members, and increases to pension and health plan funds were voted on by 72% of the International Alliance of Theatrical Stage Employees’ union members.

However, despite IATSE leadership painting the deal last month as a “Hollywood Ending,” voting on the new contract was incredibly close. 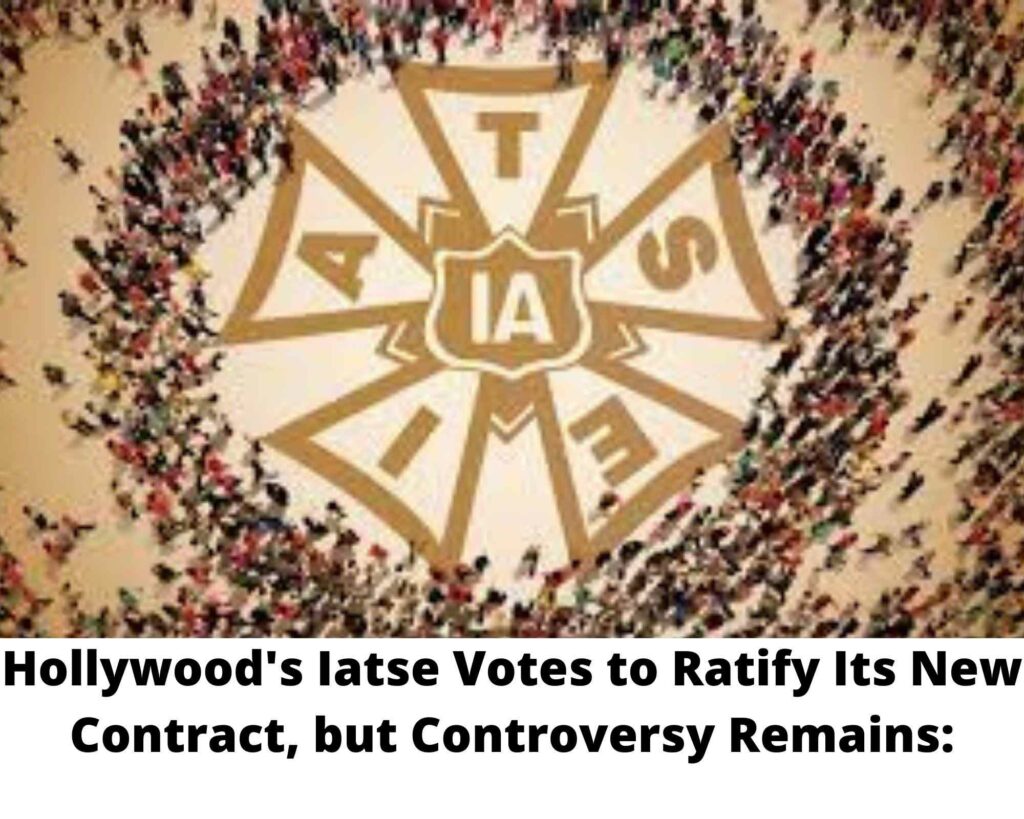 The Area Standards Agreement the part of the contract that covers 23 local union shops across America was voted for by 52% percent of members. The Basic Agreement covering 13 West Coast-based IATSE locals was voted against, with 50.4% of votes against the deal and 49.6% voting yes.

However, as IATSE votes operate on a delegate system akin to the way the Electoral College vote is used in U.S. politics both agreements were ratified: 256 delegates voted for on the Basic Agreement, to 188 against, with the Area Standards Agreement going much closer with 103 for and 94 against.

Bungou Stray Dogs Season 4 Everything We Know So Far

“From start to finish, from preparation to ratification, this has been a democratic process to win the very best contracts,” IATSE International President Matthew Loeb said in a statement to the press today.

The vigorous debate, high turnout, and close election indicate we have an unprecedented movement-building opportunity to educate members on our collective bargaining process and drive more participation in our union long-term.

In early October, 90% of IATSE members voted overwhelmingly to support strike action after the union’s ongoing contract negotiations had broken down.

It brought a heightened public awareness of the harsh conditions faced by workers who help bring the biggest movies and TV shows to life, many of whom face incredibly long hours and little residuals for their work, especially in the world of streaming service productions.

However, after IATSE penciled in strike action to begin on Monday, October 18, a last-minute deal reached the day beforehand saw the union back down.

But while from the outside, and for Hollywood studios at least, disaster seemed to be averted, many IATSE members have spent the past month vociferously criticizing the deal, saying that its gains did not go far enough with the hindsight that the union had overwhelmingly pushed to leverage strike action as a negotiation tactic.

Criticisms of the now-ratified deal noted that the contract doesn’t punish productions that overrun and cancel lunch breaks harshly enough with only new punishments coming in after eight consecutive hours without a break and no changes to a previously established six-hour penalty mark.

Other criticisms noted that there were also missing streaming residuals for the updated pension and health plans, which had been a major target of criticism in the wake of the vote for strike action.

Those IATSE members have made their dissatisfaction clear in today’s vote results, with such a divided membership highlighting those gains made in the new deal aren’t enough for many workers.

Inventing Anna Everything We Know So Far

However, that dissatisfied base is now unlikely to be able to secure more benefits for a while a new round of bargaining on the contract won’t begin until 2024.