The Crown is Netflix’s biggest hit that portrays the ups and downs of the royal family of the United Kingdom. What catches the audience is that it is based on real events.

And the actors and script provide justice to those events. This is why the Emmy winning show has been renewed for The Crown Season 5. This season will be taking the show into the 21st Century, an era in which the Royal family has experienced a lot of drama.

Here is everything you need to know about The Crown Season 5.

The Crown Season 5 will be releasing a bit late. It was recently announced via a small video released at Netflix’s virtual event Tulum.

Imelda Staunton who will now take on the role of Queen Elizabeth II was featured in the video as she spoke to the audience about her excitement for her role. Her exact words were:

Bridgerton Season 2- Everything We Know

I’m delighted to be inheriting the role of Queen Elizabeth from two outstanding actresses.” She also informed everyone that The Crown season 5 will release in November 2022 on Netflix.

If you thought season 4 had a lot of drama, wait until you watch season 5. The new season will take a step into the 21st Century. And will feature the early 1990s.

Now we don’t have the complete plot details for season 5. And a synopsis hasn’t been revealed by Netflix either. But here are all the details we know about the new season.

The Crown Season 5 will feature the 1991 trip to Italy that Prince Charles had taken with his family i.e. Princess Diana and their two kids. During this trip, it was pretty clear that the Princess was unhappy in her marriage. And just a few months after it, they had both split up.

It will also feature Diana’s revenge dress which she wore in the public in 1994. It was after Prince Charles admitted on screen that he had cheated on her.

Additionally, the season will feature a time when Diana will put on armor and fight. This is what Amy Roberts, the costume designer for the series from season 3 onwards had to say about the new season while referring to the outfit Diana wore for Christmas photo at Balmoral: 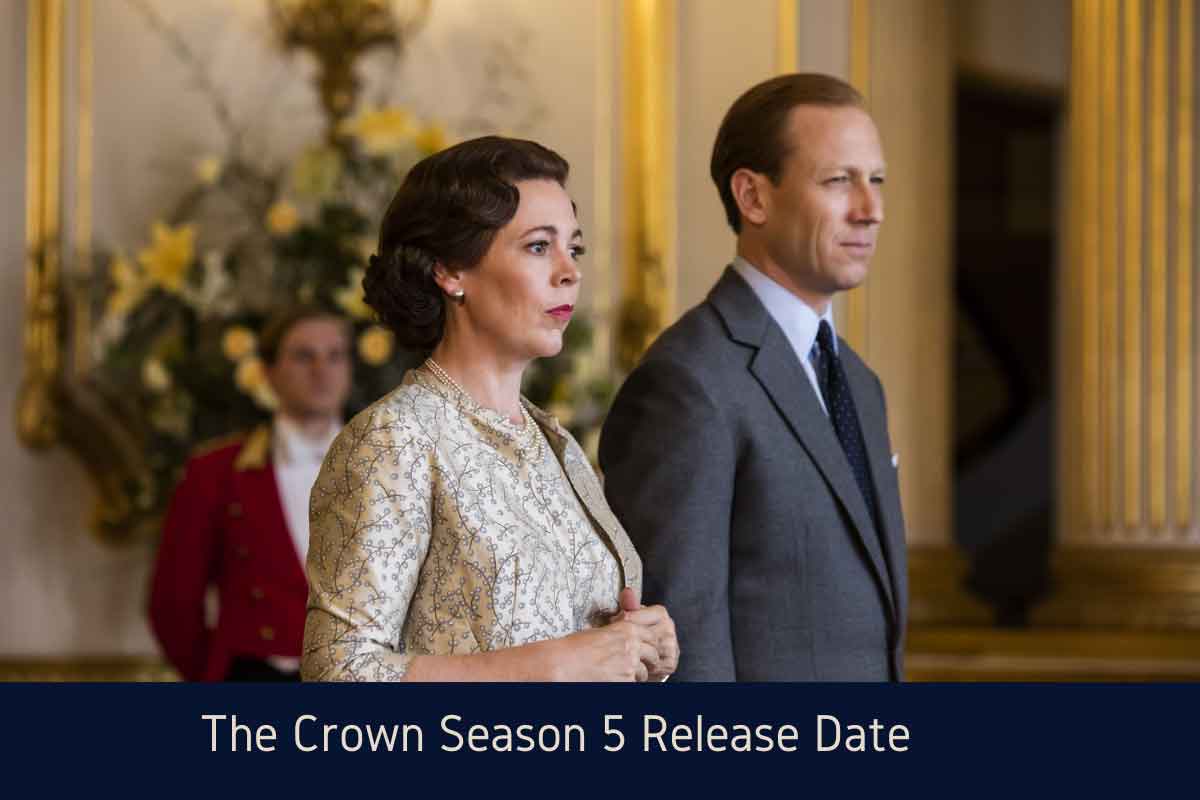 “That’s what she does in the next series. This is the first real moment where she thinks, ‘Well, I’m going to fight you a lot. I’m going to survive.’”

It will feature the couple’s divorce in 1996 and Princess Diana’s tragic car accident in 1997. In addition to this, it will also cover the fire at Windsor Castle in 1992 which led to the Queen opening Buckingham palace for the public.

This was so that there could be enough funds to restore the castle whose 115 rooms were destroyed by the fire.

The cast has been updated for the new season. And several changes have been made. The actresses for Queen Elizabeth II, Princess Diana, and Prince Charles have also been changed including many others.

These changes have been made to match the period that season 5 is set in. So, here is a list of cast members for The Crown Season 5.

No trailer for season 5 has been released yet. Filming for the upcoming season hasn’t come to an end yet. And the season isn’t due to be released until late 2022.

Hence, there is a lot of time until viewers can get a glimpse of the trailer as it will be released sometime before the actual season airs.

Yes, the filming for the latest season of The Crown has begun. It was informed previously by Variety that filming was supposed to begin in July 2021.

And indeed, it did. Recently, at the Emmy Awards held in September 2021, Peter Morgan also confirmed that filming had begun. He told everyone that they were due to be on set and continue filming in a couple of hours after the award ceremony.

Is Season 5 the Last?

No, season 5 is not the final season of The Crown. This was confirmed in 2016 when Netflix content chief Ted Sarandos said:

“The idea is to do this over six decades, in six seasons presumably, and make the whole show over eight to 10 years.”

Then, Peter Morgan in late January announced that season 5 would be the last. This is because he thought that there was no need for another season and all the events that led to the Princess’s death could be properly portrayed in season 5. He said:

“At the outset, I had imagined The Crown running for six seasons, but now that we have begun work on the stories for season 5 it has become clear to me that this is the perfect time and place to stop.”

But, this is not where the on and off discussion of another season ended. As Morgan decided to change his decision in July. He said:

“As we started to discuss the storylines for Series 5, it soon became clear that to do justice to the richness and complexity of the story we should go back to the original plan and do six seasons.”

But he made it clear for everyone that this didn’t mean that the show will progress till the marriages of Prince William and Prince Harry.

He said that season 6 will not be bringing the viewers closer to the present day. It will just allow the story to unravel in more depth and detail towards the end.

Will the Crown Feature the Making of Diana’s Autobiography?

Season 5 will also show the backstory of Diana’s autobiography Diana: Her True Story by Andrew Morton.

It will cover the recording of tapes by the princess herself. These tapes helped Morton write the autobiography. It will also show the aftermath of the released autobiography which unveiled lots of details.

Moreover, the latest season will cover the Panorama interview by Martin Bashir in 1995. This was the interview in which Diana talked about her marriage and Prince Charles’s infidelity with Camilla Parker Bowles. She said in the interview:

“There were three of us in this marriage, so it was a bit crowded.”

Will Dodi Be Featured in the Crown?

Dodi Al Fayed, the Egyptian film producer, will be featured in season 5. After her divorce from Prince Charles, Diana had a short affair with Dodi. They both died together in a car accident in the streets of Paris.

Khalid Abdalla from The Kite Runner will be portraying Dodi Fayed in the show.