The IRS has issued a Federal Tax Lien of almost $800,000 for the city of Warner Robins. It was filed last month.

According to the IRS, the city has failed to properly file its taxes from 2015. And this is why the city owes a total of $792,782.51 to the IRS. This amount is the total that needs to be paid as fines and penalties.

Violations Did by Warner Robins According to IRS

According to the IRS, the city has multiple violations under different categories over 4 different years. This is why they have ended up with a large amount.

The city was issued a notice by the IRS for violation of code 6721 in the years 2015, 2016, and 2018. The violation of this code means that the city’s management failed to submit filings on time, the filings had incorrect information, improper formation, or that the information was not submitted in the right way like IRS demands.

The city also received a 6722 violation for the years 2016 and 2018. A penalty for this violation is given when an entity does not give payee statements, misses out on any information regarding those statements, or provides incorrect information.

Additionally, the city has received a penalty for violation of code 941 in 2020 for failure to file Employer’s Quarterly Tax Return.

Splitgate Dev: There May Be a Battle Royale Mode and More Updates

The IRS had issued many warnings previously before issuing the lien.

Regarding the lien, Warner Robins Mayor Randy Toms held a press conference. Here he mentioned how he felt regarding the hefty amount of fines and penalties and what he is going to do about it.

“This is not an issue of back taxes being owed, but an issue of mistakes in reporting and the notices of the reports of mistakes being ignored. Like you, I was shocked and deeply disappointed to hear these claims. I am especially ashamed at the misunderstanding of the subject matter of these claims.”

He also said that he has launched a team to investigate and look into the matter properly. So that it can be discovered what happened and how they ended up with such a huge lien.

He also said that he will supervise this investigation himself and make sure nothing goes wrong. 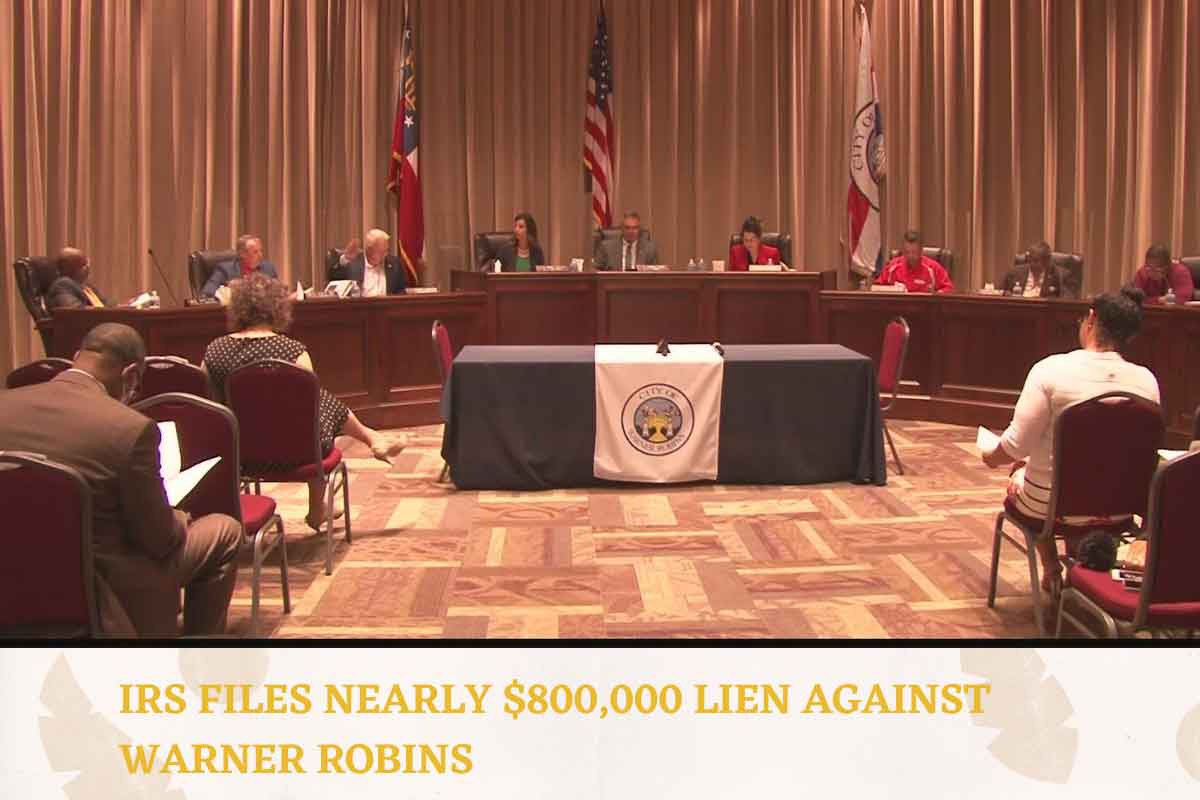 “There are those who would love nothing more than to make this an issue which derails my continued service to this city but don’t be confused. Let me be clear… the office of the mayor does NOT keep the books for the city of Warner Robins.”

Larhonda Issues a Statement Regarding Lien by IRS

Toms is going to be in a runoff election for Mayor on November 30, 2021. He is being challenged by LaRhonda Patrick who also spoke about the lien that has been issued by the IRS.

LaRhonda in her statement spoke about the carelessness of the city’s management and how she was shocked by the turn of events. She said:

“In my 10-years as an attorney who has been heavily involved with corporations, city government, and state governance, I have never seen such a careless act of management or such a violation of trust.

I have reviewed the past three (3) years of the city’s audits, as performed by the independent accounting firm of Nichols, Cayley & Associates, LLC, and observed, that in each audit, warnings were given to the City regarding incompetent financial administration.

Furthermore, and as an average citizen, I realize an IRS Lien stays with the City’s credit beyond full payment. This lien will be a stain on the city for 8 to 10 years and affect our bond rating which can cost the taxpayers $100’s of thousands of dollars in extra interest on important city projects.”

How to Backup and Restore PlayStation 5 File?

What Is the IRS?

The IRS which stands for Internal Revenue Service collects taxes and administers the internal revenue code. It is responsible for taking care of the country’s taxes. And if anyone fails to file their taxes properly or uses incorrect information they have to face the consequences.