The sequel, Salt And Sacrifice, to one of the most popular games by Ska Studios, Salt & Sanctuary” is coming next year.

Based on Japanese series titled Souls, Salt & Sanctuary is the RPG developed by Ska Studios.

The series follows a similar gameplay technique as of Soul series. The game made its debut on March 15, 2016, on PlayStation 4. Later, Ska released it for macOS, Xbox One, Microsoft Windows, Linux, Nintendo Switch, and PlayStation Vita.

The game will take players to fog-shrouded valleys, where bodies adhere to decayed arms. Beneath crumbling, there are salt-worn structures that are way supernatural evil. The players have enjoyed the advanced RPF Techniques and have more than 600 weapons to fight the enemies.

The critically acclaimed game caught the attention of gamers across the globe. The critics praised it for characters, gameplay, and visual effects.

Now, the sequel to the game,  Salt And Sacrifice, is coming with new challenges, action-packed combat, improved RPG elements, and more.

Let’s see what we know about the upcoming platformer. Below is the information related to its release date, gameplay, trailer, and more.

Ska Studios announced the upcoming game only in June 2021. Well, the team is working on the production of the game. However, the game is not coming this year. But the good news is that Salt and sacrifice is coming to gaming consoles somewhere in 2022. The official trailer that hit the screen on June 11, 2021, has confirmed it. So stay tuned, folks! 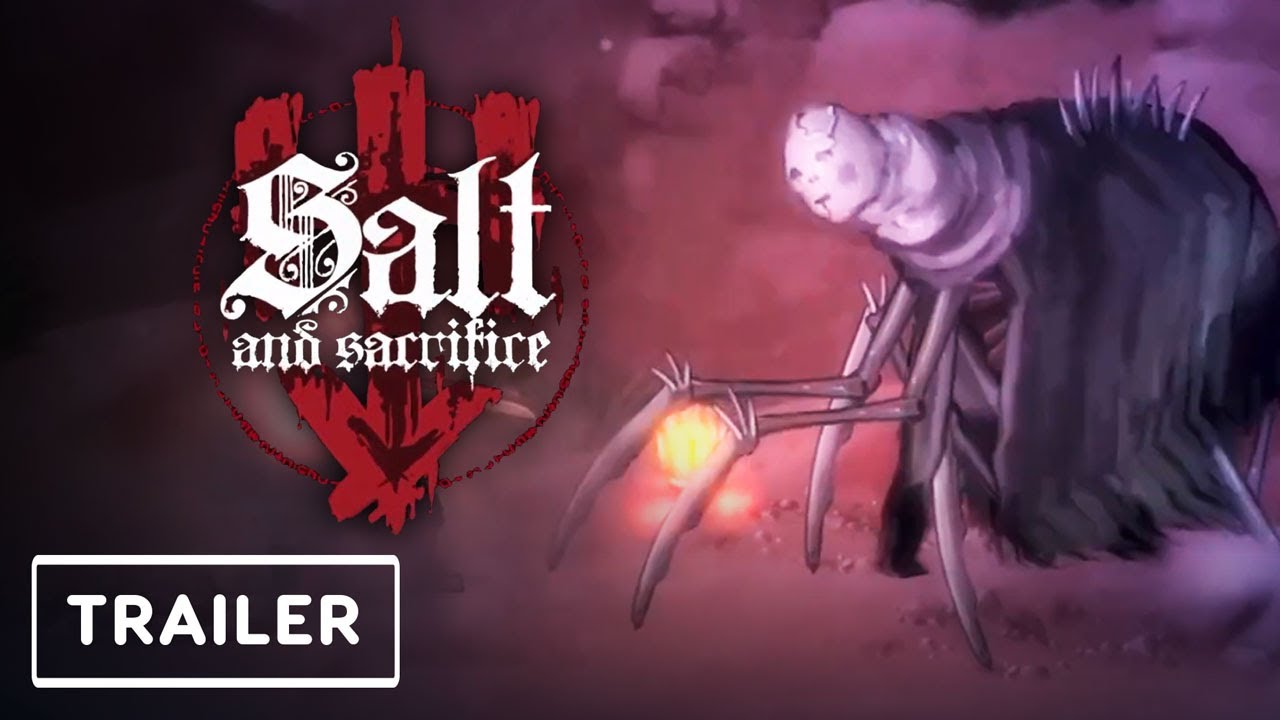 “Salt & Sacrifice” has dopped manifolds videos and clips from time to time to tease the fans about the upcoming game. And on June 11, 2021, at Summer Games Fest, Ska Studios dropped an announcement trailer revealing the exotic details about the sequel. That is the first time when the studio revealed the arrival of Salt and sacrifice.

The trailer also showcased some of the RPG options. It showed that the player could exercise the options of playing as a cleric, duelist, fighter, paladin, ranger, high blade, or sage.

It also showcased the ultimate purpose of the game. The players have to defeat the mages in the game.

Ska Studios dropped approximately 10-minute Gameplay on June 18 from the current production of the game. The gameplay revealed tons of information about the upcoming game.

Let’s see how the gameplay of Salt And Sacrifice will be like.

The players will get a new multiplayer mode with exciting features. Players are not capable of taking the opponents of their choice with their friends. Exciting No! However, the clip does not reveal how many players can join in the multiplayer mode.

The player can now pet the animals if they wish to do so. This feature is rare in 2-D games. Well, Ska Studios has introduced it for the fans. It will be enthralling to play with this new feature.

Now, players will get treasure boxes around the world, through which they can fight deadly items like swords or bombs. The players can also interact with the outer world. That will give Salt and Sacrifice a more immersive look in the changing world.

With the mixture of numerous different skills weapons, players will help them take down their enemies in an exotic way.

The fascinating trailer also revealed how the player would travel around the globe, in different towns and villages, for the treasure box and hunt down the enemies. Players will have the transportation system, but they will have to be mindful of the covet traps on their way.

If you love challenges, this one is going to give you the number of them. So, keep your eyes on for more information.

Salt and sacrifice will first launch on Playstation 4 and PlayStation 5. The news is confirmed by its developer, James Silva, in the PlayStation Blog post. Later, the game will also be available in macOS, Xbox One, Microsoft Windows, Linux, Nintendo Switch, and PlayStation Vita.