Cowboy Bebop Season 1 is an adventure crime thriller coming to Netflix in November 2021. It is based on one of the most popular Japanese anime series of the same name. Cowboy Bebop anime first premiered in  1998 in Tokyo, Japan. The anime series ran for 28 episodes that finally concluded on April 24, 1999. The anime received an excellent response from the viewers. Later the anime series premiered across the globe. Soon the magic of anime extended globally.

The critics praised the anime for its storyline, visual effects, characters, and soundtracks. Due to its vast commercial success, Kadokawa Shoten did the manga adaptation of the series that was published between 1998-2000. A movie titled Cowboy Bebop: The Movie also premiered in 2001. The action-packed anime received numerous Japanese and international accolades. With such popularity, it has become one of the most successful anime of all time.

In 2017, Tomorrow Studios announced that it is going to develop the live-action version of the anime in coordination with Marty Adelstein and Sunrise Inc. Well, the news ignite the love of fans for the anime. Since the news arrives, fans have been crazily waiting for the anime. Well, we have covered every update so far, including its release date, cast, plot, and trailer.

The news of the development of the live-action adaptation arrived in June 2017. However, the filming of the series did not commence until 2018. Given the pace of development in the film, Netflix set the film to release in 2020. Unfortunately, Cho’s Knee got injured in October 2019, and the production company had to postponed for eight months. Later, the global coronavirus further postponed the shooting. But finally, the wait is over. Netflix has finally given a slot to the show. Cowboy Bebop will now arrive on November 19, 2021, on Netflix. 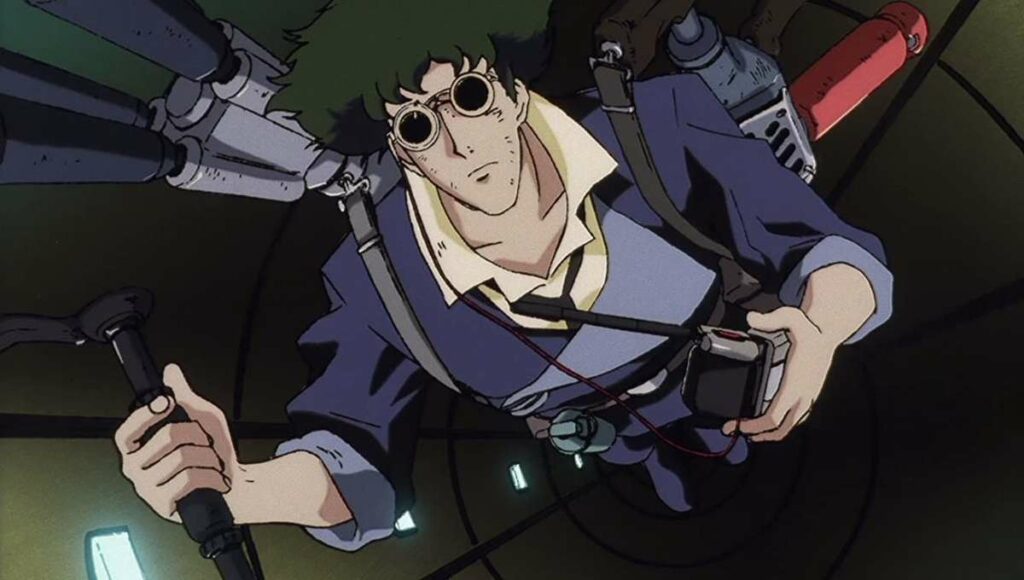 Christopher Yost, known for his work on Avengers: Earth’s Mightiest Heroes on Disney, has written the film, and André Nemec has developed it.

The main cast of the series includes-

John Cho as Spike Spiegel:  He is the protagonist of the show, who will play a hunter born on Mars.

The rest of the main cast includes Mustafa Shakir as Jet Black, Daniella Pineda as Faye Valentine, Alex Hassell as Vicious, and Elena Satine as Julia.

The Recurring cast of the series includes Geoff Stults as Chalmers, Tamara Tunie as Ana, Mason Alexander Park as Gren, Rachel House as Mao, Ann Truong, and Hoa Xuande as Shin and Lin.

In addition to the above, Blessing Mokgohloa as Santiago, Molly Moriarty as Kimmie Black, and Lucy Currey as Judy will be part of the series.

As stated above, the upcoming series is based on an anime series of the same name. So, it will follow the storyline of the anime. Well, below are the spoilers from the series. So, read at your risk.

Set in the future in 2071, when all humans left the Earth and became the habitant of space. There is a saying that where there are humans there is a crime. So, here the situation is no different. So to handle the increasing crime rate, the inhabitants formed Inter Solar System Police (ISSP), where bounty hunters register themselves to bring the criminals back for a reward. The story follows the adventures of three bounty hunters named Spike Spiegel (John Cho), Jet Black(Mustafa Shakir), Faye Valentine(Daniella Pineda), who become part of Inter Solar System Police for reward. They use a spaceship called Bebop to accomplish their goal. Throughout the series, they have to juggle their personal and professional life. They have to face financial issues and encounter their past life from the Earth.

It will be interesting to see how the cowboys hunt down the criminals while handling the situations that arose during his past.

Netflix has not dropped any official trailer so far. It will be enthralling to see the first trailer. However, Netflix has dropped few images with the released date on the Official Twitter Page. Have a look here.

Well, the filming of the series concluded on  March 15, 2021.  The post-production work would have been finished by now. Soon, Netflix will premiere the action-packed and gripping trailer/teaser.

We will update here once the trailer/ teaser hits the screen.

So stay tuned for more updates.

How many episodes will be there in Total?

There will be a total of ten episodes in Cowboy Bebop season 1.

The series will premiere on Netflix on November 19, 2021, to watch.