Adaption of Hirohiko Araki’s manga series of the same name first hit the screen in 2012. As the name suggests, the narrative follows the strange adventures and experiences of the Joestar family.

Anime received loads of love from the viewers, like the manga series.

Subsequently, the creators have produced four marvelous seasons, or we can say five parts. Jojo part 5 or Jojo season 4 concluded on July 28, 2019. Since then, the fans have been laid their eyes on Jojo part 6 or season 5.

Well, talks were going on to renew the series. David production officially announces that if season 4 performs well, it will go for season 5 or part 6. Fortunately, season 5 did a great job. Accordingly, David’s production has fulfilled its promise. The fabulous IMDB Rating of 8.4 out of 10 shows the success of the anime. Like all other seasons, it will bring you to the edge of chairs.

Each part of the anime featured a distinctive protagonist, and that too male. But history will change this time. The entry of the female Protagonist, Jolyne Cujoh, has made the part special. Well, we will witness the talented and skillful daughter of the Joester family.

I know you are curious to know more about JoJo’s Bizarre Adventure Stone Ocean. Well, be with us till the end of the article, so you do not miss any updates.

Release date of JoJo’s Bizarre Adventure Stone Ocean. When will it premiere? 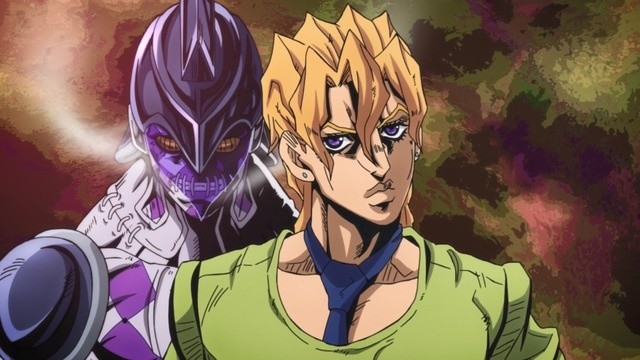 This December will be going to be anime month, guys. So, be prepared to binge on your favorite anime.

The cast of Jojo’s Bizarre Adventure Stone Ocean. Who will we see in it?

We see the following voice actors play their respective roles.

We will encounter new faces as well.

The official trailer of Jojo part 6 arrived on Netflix just four days ago. Take a look at the power-packed trailer here.

The trailer opens up the screaming of Jolyne Cujoh. She is in court, where the judge found her guilty and imprisoned her for 15 years. Well, Jolyne Cujoh seemed dissatisfied with the judgment as she was innocent. Soon, after arriving in the Jail, we saw the entry of an older man, who was talking about her father and her mother.

The plot of JoJo’s Bizarre Adventure Stone Ocean. What will be the storyline of it?

David productions have not revealed much about the potential plot of the upcoming season. However, thanks to the source material and trailer of the anime. We all know the anime is based on the manga series. So the upcoming anime will adapt the sixth story arc titled Stone Oceans, published on Shonen Jump from 2000 to 2003.

As we know, there is the different protagonist in every part of the anime. Well, part 6 will be no different. Jolyne Cujoh is the main protagonist of anime of the series. Jolyne Cujoh was trapped in the murder when she and her boyfriend meet in an accident. The court found her guilty and put her in jail for imprisonment for a year. However, her father will arrive there and warn her about the evil panning of killing her. Moreover, he gave her a pendant that will unleash her powers to get freedom and fight the villain.

How many episodes will be there in part 6?

Well, it is not clear how many episodes we will get in part 5. We guess it will have 39 episodes like the last two parts. We will update here once we get official information.

Where can we watch part 6?

JoJo’s Bizarre Adventure part 6 is a highly anticipated series. Fans are desperate to see the female protagonist in the series. There is so much pressure on the shoulders of the creators to give the action-packed part to the viewers. Well, we are desperately waiting for it. Once we get the official release date, we will update the article.