“I am a detective, I am a decipherer, and I am a finder of lost souls.”

Enola Holmes became the hot topic of discussion among the Sherlocks’ fans after its release in 2020. Those who are unaware, let me introduce you to it. Elona homes is a mystery film based on “The Enola Holmes Mysteries: The Case of the Missing Marquess by Nancy Springer.”

The series follows the younger sister of the already-famous Sherlock Holmes. Her adventures commence when she travels to London to find her Mom, who suddenly disappeared.

Directed by Harry Bradbeer, the series spread like a fire and soon became one of the most-watched movies of all time on Netflix by grabbing the attention of 76 million viewers in just 28 days. Both critics and fans showered their love over the Netflix Original. Given the cliffhanger and massive success, it was obvious for Netflix to renew the film for the second helping. Netflix announced the sequel to the movie via a tweet on May 13, 2021. You can see the tweet below.

The sequel is afoot!

Without wasting, a single second, let’s delve into the details of Enola Holmes 2.

The Release Date of Enola Holmes 2

Netflix officially confirmed the work on the show has commenced. But, we do not have a release date so far. Well, it’s soon to expect the release date as of now. However, the streaming giant has confirmed the movie will premiere in 2022. But the exact date is yet to be announced. According to the Deadline report, the production will begin in the last quarter of 2021. So, if everything goes well, we will have the movie on our plates in 2022. Stay tuned to know more about Enola Holmes 2.

Jack Thorne began the work as a writer, and Harry Bradbeer has returned to direct the movie.

The life of the film, Millie Bobby Brown, will reprise her role as Enola Holmes. During an interview with Entertainment Weekly, she mentioned she loves playing Enola. Henry Cavill has confirmed to reprise his role as Sherlock Holmes.

However, the showrunners have not unveiled the rest of the cast. We expect the following characters will reprise their respective roles from part one. 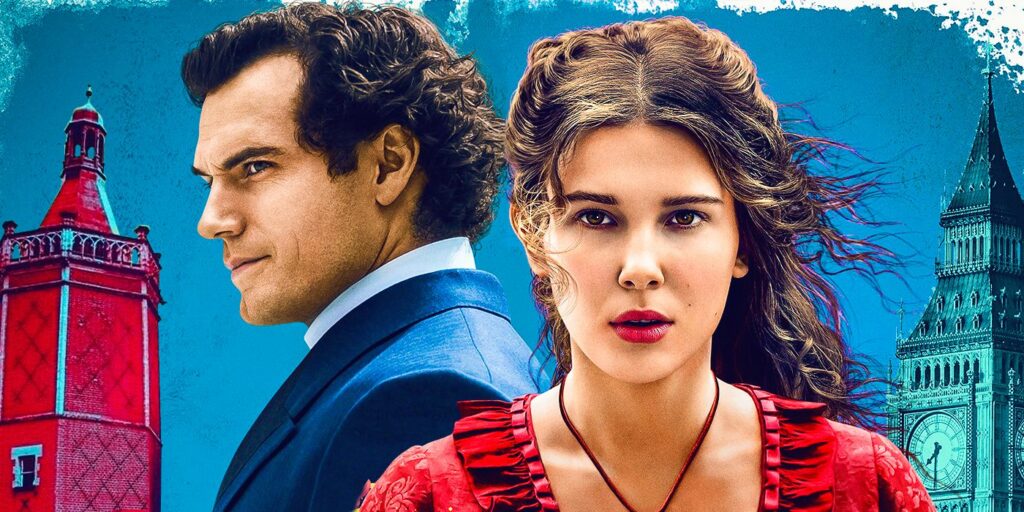 The showrunner may cast new faces for the upcoming movie.

Netflix has not disclosed anything about the potential plot of Enola Holmes 2. However, we expect the remaining five books of Nancy Springer as source material for the upcoming movie.

In the end, we saw her talking to herself and saying she needs to find her own path. She further said being alone did not mean she had to be lonely. She now wanted to listen to her mother and wanted to find the real purpose of her life.

Enola Holmes 2 will explore the Holmes family, especially their mother’s life- Harry Bradbeer told in an interview with Decider.

We already witness the dysfunctional family of Holmes. In season 2, each of the family members will try to solve their problems. They will try to improve their relationship with each other.

What do you think, guys?

The Trailer of Enola Holmes

Sorry to inform you, friends, the trailer has not premiered yet as the filming has not commenced yet. Till then, enjoy one of my favorite scenes from the movie on YouTube.

What is your favorite scene from the movie? Do tell us in the comment section.

Where Will Enola Holmes 2 be Released

It is a Netflix Original film. So, Enola Holmes 2 will be released on Netflix. Watch part one of the film here.

We have shared the latest updates about Enola Holmes. Well, there is a lot to come in the future. So, do book our website so that you do not miss any updates.

Feel free to ask any questions related to the movie in the comment section. We will try our best to answer your question.